Ghosts in the Far North: The Haunted Rooms of the Alaskan Hotel

During the late 1800s and early 1900s, Alaska was a major gold rush destination, and to accommodate the influx of miners many of the cities we see in the state today were first erected as little more than tent towns, slowly evolving over time to feature buildings and modern trappings to become permanent settlements. One of these in the now major city of Juneau, which back in 1800 was a tent village started by two miners named Richard Harris and Joe Juneau, from which it would gain its name, after they struck it rich along the Silver Creek Basin. As settlers become pouring in through the town’s steam docks, in 1913 entrepreneurs Charles Hooker, Jules B. Caro, and brothers John and James McCloskey erected a three story hotel by the docks that would be called the Alaskan Hotel. More than 100 years later the hotel still remains in service, one of Alaska’s oldest operating hotels, sitting atop the National Registry of Historic Places, and known for its charming Victorian architecture and also its ghosts. Although Alaska may be a sparsely populated region of more wilderness than people, it still has haunted places just as scary as anywhere else.

The numerous hauntings of the hotel are largely tied to the rough and often violent history of the hotel, this having once been used as a bordello and considered at one time to be a hive of gambling and drunken brawls. One of the most popular tales is that of a young woman named Alice, who was supposedly married to one of the miners of the area. When he went off on a mining excursion and did not return for some time, the worried woman turned to prostitution to try and support herself, unsure if her husband was ever returning or even alive at all. According to the story, he turned out to be very much alive, and when he returned from his long trip 3 months later to find his wife as a lady of the night he did not take it well at all, apparently ruthlessly murdering her right then and there in the room. 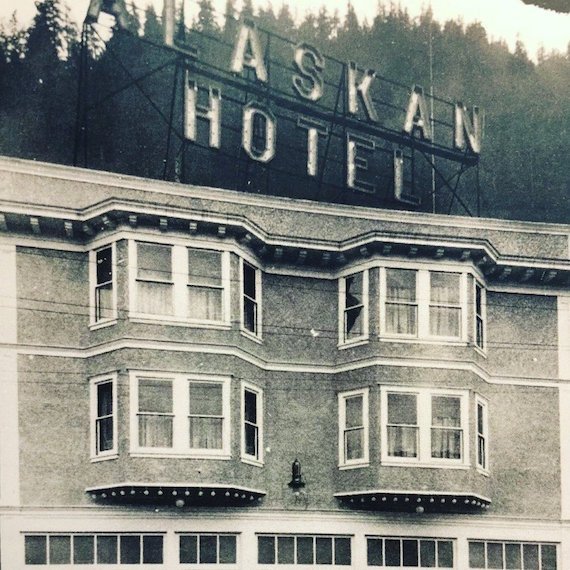 It is the spirit of Alice that is blamed on the persistent sightings of a ghostly blonde woman in white period clothing who roams the halls here and seems to hover particularly around Room 219, thought to be perhaps the very room in which she was killed, as well as in Room 218. Alice’s ghost also seems to spend a lot of time spooking guests and employees in other areas of the hotel as well, with one former employee saying:

I used to get people saying, 'She's in my room.' I've had people tell me that she was touching them, or they could see her sitting on the bed. A friend of mine told me if you walk up the top of the stairs, you could see her in the mirror by [room] 308. I've also had people tell me she was in the bar coming down the stairs. The bar has a lot of mirrors in it, and it's easy to see things out of the corner of your eye, especially if you're tired.

Whether this story is true or just a piece of spooky folklore, it is interesting to note that Room 219 in particular seems to be rather intensely permeated by supernatural forces. Housekeepers in the room often find misplaced or missing objects, and sometimes something will suddenly disappear or appear somewhere else while they are in the room. There is also a deep sense of dread and melancholy that hangs in the air here, and both guests and employees alike have told of being suddenly overcome with dizziness or nausea while in the dreaded room. One hotel front desk worker has said of Room 219 and the hotel in general:

Whenever I walk up into room 219, I get goose bumps. It's cold in there all of the time for some reason. I personally think there are probably a couple of ghosts around here. I think the one in 219 is the only one that is frustrated or unhappy or tormented, I don't know. People have told me they've seen things before, like seeing people in the hallways that look like people in paintings around here. I've never experienced any of that kind of stuff, but I've heard about it. The only reason that I personally believe that it's haunted around here is because parts of the hotel just don't feel right. Some parts of the hotel I just don't feel safe at all. I'm constantly turning around. 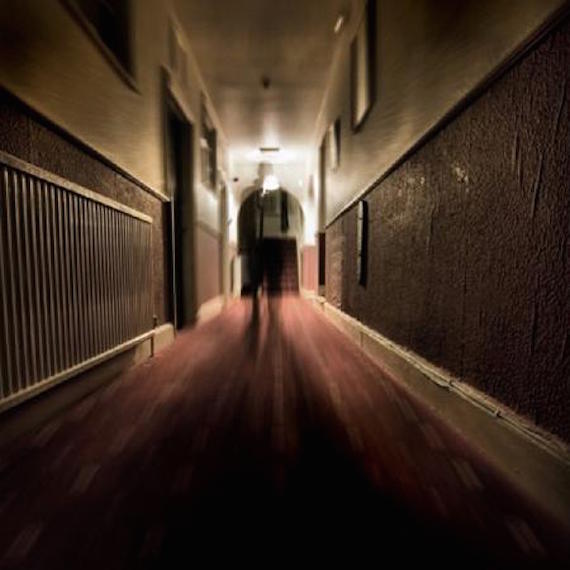 Room 219 is not the only haunted room at the Alaskan Hotel. Room 315 is also ground zero for all manner of paranormal phenomena, from apparitions to roving cold spots, moving objects, and more, and the room has attracted to it a plethora of creepy tales, gaining it somewhat of a legendary reputation, and the current hotel owner Bettye Adams has said of the notorious room, “I just – it’s creepy. You know, I’ve never seen anything but I feel things.” One modern spooky tale related to the room occurred on May 19, 2007, when a visiting sailor aboard the Navy ship the USS Bunker Hill was in town for the evening and actually requested to stay in the notoriously haunted Room 315, which the hotel granted.

That evening the sailor inexplicably decided to jump straight through the room’s window to plummet to the ground below after a commotion was heard in the room, seriously injuring himself in the process, reportedly with “injuries all over his body from head to toe.” One guest at the time would say of the scene, “The walls were covered in blood. There was – it looked like something very bad had happened in there and I didn’t know what it was but it didn’t look normal.” Naval investigators then moved in and pretty much swept the whole incident under the carpet. Hotel owner Bettye Adams has said of the aftermath of incident:

His mother called me from Arizona and said, ‘What do you mean renting a room that is haunted? You nearly killed my son. And I said, ‘I really really have nothing to do with that.'

Was this just a regular suicide attempt? Did someone or something throw him through that window? Or did he see something in that forsaken room that somehow compelled him to do it or drove him mad? We’ll probably never know, and no matter what the real reason was, it certainly adds to the spooky lore surrounding Room 315. The room is reportedly pervaded by a feeling of malevolence, to the point that many guests who end up here request to be moved, and there are stories of the bathroom inexplicably appearing to be old-fashioned Victorian style, only to phase back to its more modern look, almost as if its past is seeping through into the present like an afterimage. Speaking of haunted rooms, other rooms at the Alaskan hotel also seem to have much paranormal activity gravitating toward them as well. Room 313, right near 315, is said to harbor the spirit of a fisherman, his presence heralded by the heavy odor of fish, and room 321 just down the hall has what is described as a very angry specter that tosses objects around. Besides these rooms, the hotel's bar is also said to be rather haunted, with shadowy wraiths seen and glasses that move or spill on their own.

It is impossible to know what might draw these forces to these particular rooms in this far-flung hotel of the far north. Is it the violent history that keeps them tethered here for some unknown reason? Do these rooms possess some mysterious spiritual energy or residue that powers them? Or is this all just tall tales and urban legends, mixed with overactive imaginations? There's only one way to find out, and that is to book one of these rooms for yourself next time you're in the Juneau area. You never know who or what will be in that room with you.

Terrified Woman was Sucked into the Grave of Her Parents