An investigative team has been working for months at the site of a wrecked airplane off the coast of Buka Island in eastern Papua New Guinea that could be the craft piloted by Amelia Earhart when she and her navigator disappeared in 1937. A dive team at the site has recently discovered human remains amongst the wreckage. As a result, the search has been shut down. Wait … what? Is this a cover-up?

“The Bougainville government leader in charge of the area where the Amelia Earhart aircraft salvage expedition is being undertaken has put a stop to any further diving at the site. Tonsu MP Ezekiel Massat said yesterday that he had placed a ban on diving where the expedition was taking place until the results of the bones, hair and other objects taken away from the wreckage by the foreign divers were made known.” 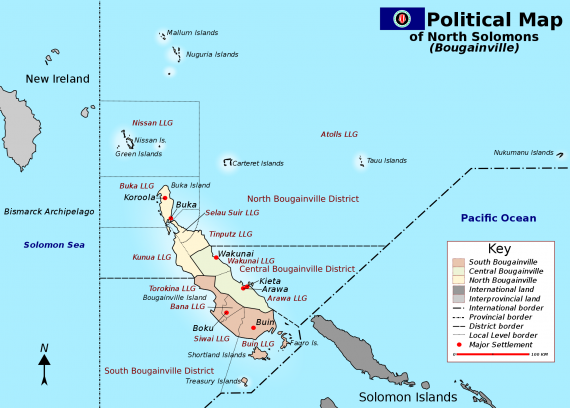 The Papua New Guinea Post-Courier reports that the parliamentary representative of Bougainville, the main island which is adjacent to Buka, has temporarily shut down the search and recovery operation underway by Project Blue Angel, a group formed by Bill Snavely specifically to study, research and now attempt to recover an aircraft wreck long rumored to exist in the area and discovered in 2018 by the group. In January 2019, Project Blue Angel divers claimed to have recovered glass pieces that “share some consistencies” with Amelia Earhart’s unique E-10 Electra. As a result, in March 2019 Project Blue Angel arrived on Buka Island for another dive expedition with marine biologist and filmmaker Stephani Gordon from Open Boat Films and other experts. This is the group that recovered the remains and prompted the shutdown by MP Massat, which will last at least until the next referendum in October.

“The Matsungan leaders said Mr Massat should be informed that the results of bone, hair and other objects had been made known to the committee members appointed by the Matsungan community to liaise with Project Blue Angel team leaders and others. The information about the hair and the bone are almost 82 years old, since 1937, and it is impossible to find anything on them. The only thing that can be accounted for is what looks to be the landing light glass from the plane which the Project Blue Angel team retrieved from their initial dive in 2018.”

Local leaders from Matsugan, a nearby island, told the Post-Courier they are protesting the shutdown which Massat blamed on dissension among them prompted by arguments between landowners over financing of the expedition. They claim this is not the case and they support the recovery and identification of the remains.

“The community wanted the dive to continue because the American financiers are using their own funds to carry out this expedition, there is no financial input whatsoever from other parties claiming to be stakeholders in this project, including the people of Matsungan except the project Blue Angel team who have succumbed to creating a GoFundMe account online to receive donations for the project to continue. If we stop this expedition now to wait for referendum in October, who is going to finance this operation?”

Is money the reason why MP Massat shut the recover down or does he suspect that the remains are from Earhart or Noonan and wants to control the announcement of such a monumental and historic discovery? It’s unclear from the reports who has the remains or if they will undergo DNA analysis while the search is postponed.

Other Earhart researchers dispute the idea that this is Earhart’s plane. Other islands claim they are the location of the famous crash. One man seems to hold the latest and possibly biggest piece of evidence. The world awaits his next move.