As a child, I recall how frequently my family used to enjoy the outdoors. Since our family home was located next to a large area of privately owned woodland property that connected directly to the Pisgah National Forest, we would sometimes hike for hours on warm spring days.

And especially when I was young, my mother would often stop and ask us, "Which way is home?" Although my brother and I were all but raised in those several hundred acres of forest, the thought did often cross my mind why we never became lost. Thinking back to earlier times, I also wondered what it must have been like for the first people who arrived in this region after migrating from Asia thousands of years ago. How did they keep from becoming lost and disoriented in a strange new land?

As kids, we would joke about what we called our "ninja intuition," or about a supposed sixth sense that helped us orient ourselves directionally. Whether or not we actually possessed this "intuitive" directional sense, or simply knew the landscape extremely well, is another story. However, new studies in the last few years suggest that unique sensory capabilities along these lines might really exist in humans, after all. 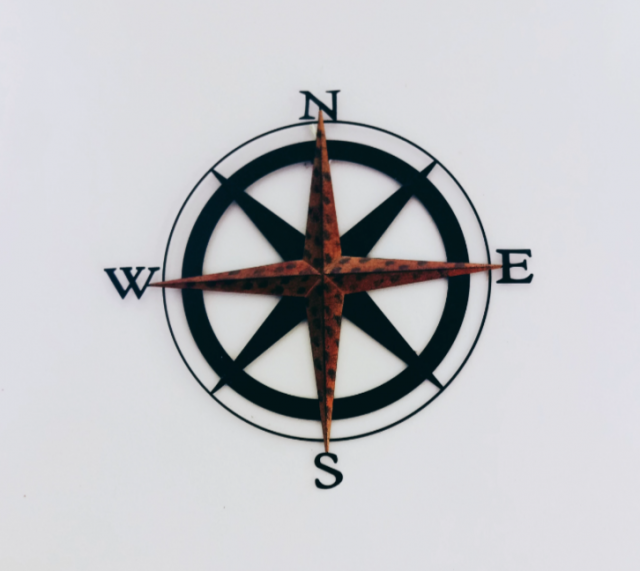 It is known that magnetoreception exists in various species throughout the animal kingdom, which uses their ability to sense the magnetic field of the Earth to orient themselves directionally during travel or migration. However, similar observations have never been confirmed with humans before now.

The study, by lead author Connie Wang of the Computation & Neural Systems lab at the California Institute of Technology and several colleagues, argues that the observed effect can account for any other changes in the environment that may have influenced these observations. According to the paper's abstract:

"Biophysical tests showed that the neural response was sensitive to static components of the magnetic field. This rules out all forms of electrical induction (including artifacts from the electrodes) which are determined solely on dynamic components of the field. The neural response was also sensitive to the polarity of the magnetic field. This rules out free-radical 'quantum compass' mechanisms like the cryptochrome hypothesis, which can detect only axial alignment. Ferromagnetism remains a viable biophysical mechanism for sensory transduction and provides a basis to start the behavioral exploration of human magnetoreception."

The study was funded by the Human Frontier Science Program, an international organization that provides research grants for scientific research in various fields, with special emphasis on biology. 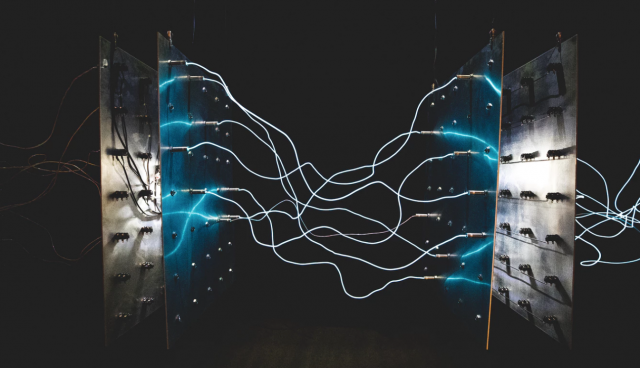 The implications of such a study are numerous, however, and may extend beyond magnetoreception purely as a form of directional sense in relation to Earth's natural magnetic field. For years, there has been some anecdotal data which indicates some individuals may possess hypersensitivity to electromagnetic fields, which could include common sources that include WIFI internet and other common sources of EM radiation in the home.

The following account, presented by a user posting on the forums of the DSL Reports website, likens the sensation to a "tingling" in regions of the head, which occurs once wireless internet is made detectable by his notebook computer:

"I can 'feel' when a wireless signal in the 1.9GHz ~ 2.4+GHz is transmitting data. Eg. When my notebook's wireless is enabled, after approx 60 seconds I can feel a tingle in my head. With extended exposure, I tend to lose my ability to focus. This is not a new thing for me. I have been having this issue with ALL digital cell phones since the late 90's that use the 1.9GHz range, but WiFi and home portable phones seem to have a much higher transmit power level than the PCS phones."

"This is not a good thing, as I'm not the only person that is sensitive to this frequency," the user complained. Due to the variability of such claims, many have discounted the idea that certain individuals were capable of having awareness of electromagnetic fields in their environment. Despite this, the alleged condition does have a name in the medical literature: Electromagnetic Hypersensitivity or EHS.

According to the World Health Organization (WHO), "For some time a number of individuals have reported a variety of health problems that they relate to exposure to EMF.

"While some individuals report mild symptoms and react by avoiding the fields as best they can, others are so severely affected that they cease work and change their entire lifestyle," the WHO reports. "This reputed sensitivity to EMF has been generally termed 'electromagnetic hypersensitivity' or EHS."

However, there has been no consensus that the condition is real in years past. "It has been suggested that symptoms experienced by some EHS individuals might arise from environmental factors unrelated to EMF," the WHO fact sheet on EHS reports, suggesting environmental conditions that include poor lighting and stress in the workplace, to "pre-existing psychiatric conditions" as possible causes.

The new study, titled "Transduction of the Geomagnetic Field as Evidenced from Alpha-band Activity in the Human Brain," was published in the journal eNeuro.

With any luck, studies like this, along with future inquiries into the nature and prevalence of magnetoreception, may provide aid and awareness for those individuals who claim to be victims of hypersensitivity to EM fields. However, they also show us that humans are at times very much like other species in the animal kingdom, and possess sensory capabilities that are often overlooked due to their subtlety.

The Bizarre Tale of the Winchester Mystery House