Only weeks after John Lennon was shot and killed outside of his New York home in December 1980 by Mark Chapman, a professor of history at the University of California named Jon Wiener began probing the links that existed between Lennon and American authorities: “It began out of simple curiosity, a desire to check out a few rumors that [FBI boss, J. Edgar] Hoover was not Lennon’s greatest fan. It then started snowballing into a crusade when I realized how many obstacles were being thrown in my path,” stated Professor Wiener. Twenty years on, and as a direct result of his research and investigations, Wiener found himself embroiled in one of the most talked about court cases of all time.

On February 18, 2000, in Court 23 at the Federal Court Building in Los Angeles, Judge Brian Q. Robbins ordered the FBI to release two letters from a batch of ten documents it was withholding concerning its intense surveillance activities of Lennon. The FBI flatly refused to comply with the order, citing overwhelming national security considerations. Although the FBI had already released a substantial amount of documentation from its files on Lennon by the time the case came to court, what set this final, elusive batch of papers apart from the already-declassified files, is that they almost certainly originated with none other than Britain’s ultra-secret, domestic security service: MI5. 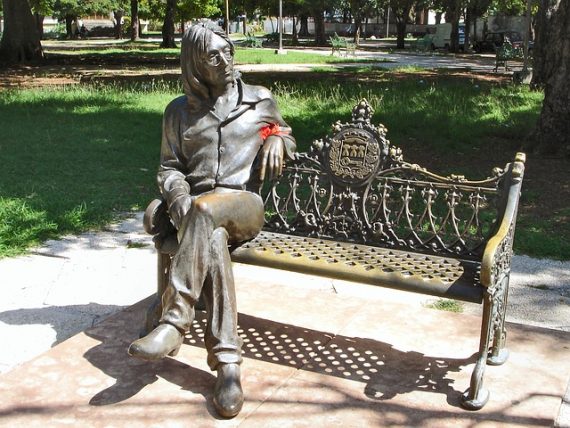 That MI5 has information on file pertaining to the activities of John Lennon is not in dispute at all. MI5 whistleblower David Shayler stated unequivocally that he saw the files in 1993 while serving with the security services, and that they dealt with MI5’s surveillance of Lennon during the late 1960s. According to the documentation, Lennon donated £45,000 to the Trotskyist Workers’ Revolutionary Party  (WRP) and gave support to Red Mole, a Marxist magazine edited by student protest leader, Tariq Ali. At the time MI5’s F Branch, the so-called “anti-subversion division,” was already monitoring closely the activities of the WRP and even had its very own “mole” buried deep within the organization. It is strongly suspected by those who have followed this entire controversy that MI5’s mole, whose identity remains a secret to this day, may very well have been Lennon’s contact within the group, too, hence the reason MI5 and the FBI were so keen to keep this information under wraps several decades later.

It is also believed that the MI5 source within the WRP had intercepted at least one letter from Lennon that was destined for the Party. The British Mail On Sunday newspaper took things a step further, referring to an “insider” who had asserted to their staff that not only would Lennon’s correspondence have been closely monitored by MI5, but his telephone would have been tapped, and listening devices would almost certainly have been placed in his home, which at the time in question was a Georgian mansion at Tittenshurst Park, near Ascot. And, as an FBI source stated, “[The British] don’t want these pages released because they show Lennon was being monitored in ways that might now prove to be embarrassing.”

Professor Jon Wiener said, The Sunday Times, a British newspaper that had also reported on the controversy, “somehow failed to consider the possibility that the MI5 files Shayler described contained erroneous information. Lennon never had anything to do with the WRP, widely regarded as the looniest group on the left. In the late sixties Lennon was friendly with the International Marxist Group, who published the underground Red Mole, edited by Tariq Ali and Robin Blackburn, which had a completely different political orientation from the WRP. A former member of the WRP executive committee, Roger Smith, told the London Observer the MI5 information was wrong: ‘There was absolutely no link between Lennon and us.’”

The Workers Revolutionary Party aside, what of the more controversial rumors suggesting that John Lennon may have donated funds to the IRA? In 1971, when internment without trial was introduced in Northern Ireland, Lennon held a sign at a rally in London that read: “Victory for the IRA against British imperialism.” And Lennon himself stated at the time, “If it’s a choice between the IRA and the British Army, I’m with the IRA.” For its part, the political wing of the IRA, Sinn Fein, has stated with regard to these allegations that Lennon donated funds: “It is not unbelievable.” Similarly, Hunter Davies, a biographer on the Beatles, says, “I wouldn’t be at all surprised if he gave money to the IRA. John liked stirring it up.” 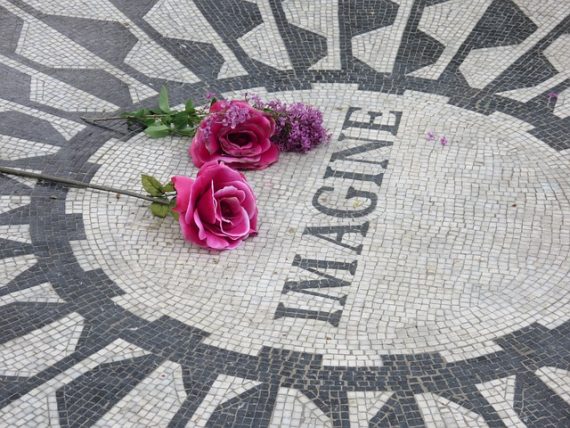 Not everyone is in agreement, however. Lennon’s widow, Yoko Ono, denied such controversial claims when they were made public, and Lennon’s friend, Beatle chronicler Ray Connolly, said that “daft though he sometimes may have been, naive though he certainly was, and absolutely the softest of touches for all kinds of causes, [John Lennon] was hardly a bogeyman – and absolutely not a supporter of terrorism.” With regard to Lennon’s I’m-with-the-IRA statement, Connolly concluded that, “Knowing him, it was, I’m certain, an emotional, unconsidered retort, about an organization about which he and virtually his entire generation knew hardly anything.”