“Is there evidence of life on Mars? An international team of research scientists, in a just published monograph titled "Evidence of Life on Mars? --consisting of a scholarly review of nearly 200 peer reviewed scientific studies-- answer this age old question with a resounding "yes." And they've included pictures of Martian specimens, photographed by NASA, which they say support their claims.”

What would you say if a team of legitimate scientists released a research paper claiming they have analyzed numerous photographs of Mars taken by the Opportunity and Curiosity rovers and concluded that there are mushrooms, algae, lichens and fungi growing not just on the surface of the planet but also on the surface of the rovers themselves? As the cry of “Pareidolia!” (assigning human-related characteristics to objects) rises from the skeptical and educated masses, study co-author and research team member Dr. Regina Dass of the Department of Microbiology at the School of Life Sciences in India responds in a press release with:

"There are no geological or other abiogenic forces on Earth which can produce sedimentary structures, by the hundreds, which have mushroom shapes, stems, stalks, and shed what looks like spores on the surrounding surface. In fact, fifteen specimens were photographed by NASA growing out of the ground in just three days!" 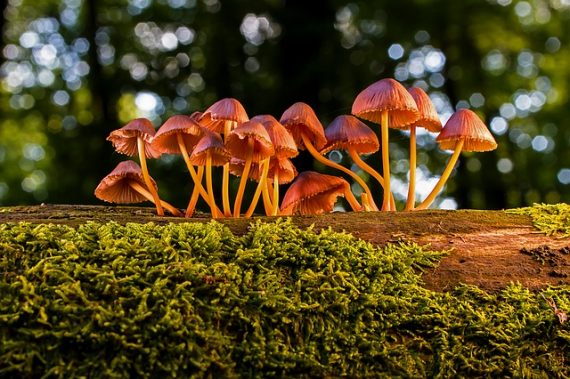 With an exclamation point yet! That press release is referring to “Evidence of Life on Mars?”, a study published in the Journal of Astrobiology and Space Science Reviews which includes the images taken by the rovers which show the life forms. (Read the study and view the images here.) This isn’t one of those pay-for-publishing-without-peer-review journals either. The editors were so concerned about "negative blow back" that they gave the study to fourteen experts (eight Senior Editors and six independent scientists) for review, and eleven recommended publication.

NASA has made no comments so far on this controversial paper. That doesn’t surprise co-author Dr. Giorgio Bianciardi of the Department of Medical Science at Siena University. He recalls the equally controversial findings from the 1976 Mars Viking landings.

"Biological activity on Mars was first detected in 1976. NASA dismissed that evidence then inexplicably refused to equip any subsequent mission with life detection technology. As we detail in our review, there is now considerable evidence supporting Viking's original findings of life on Mars."

NASA generally attribute strange anomalies in Martian photographs to shadows and eroded rocks and says that the methane detected on the planet could have come from other sources besides decaying life forms. The authors agree, saying: "Similarities in morphology are not proof of life." However, co-author, Dr. Nicolo Cantasano, a geobiologist at Italy's National Research Council in Rome, reveals the thig however spotted in at least two of the photographs.

The study uses those photos to point out what astronauts on the International Space Station already know … there’s no way to completely sterilize spacecrafts and the fungi could very well have been brought there on the rovers. However Number 2 – if this is the case, it at least confirms that mushrooms and fungi can grow in the harsh Martian environment. It could also reveal where the ground mushrooms came from – chucks of fungi-loaded Earth hurled into space when it was hit by massive asteroids.

The researchers admit that the only way to prove their speculations is to bring Martian soil back to Earth and urge NASA to pursue this more vigorously. They also admit the obvious:

“In many respects the observations presented here could be described as circumstantial and do not rise to the level of "extraordinary evidence" thus precluding "extraordinary claims." Although, collectively, the evidence, in total, weighs in favor of biology, we can only conclude that the question of life on Mars remains unanswered."” 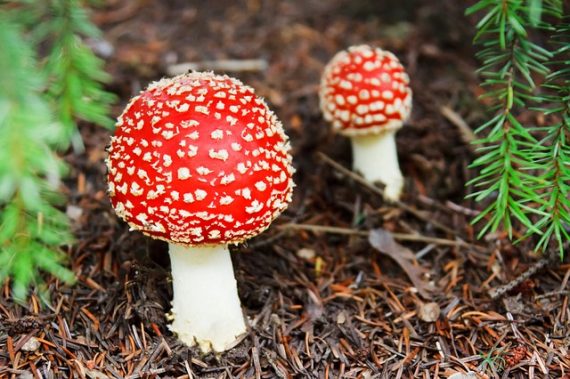 Does the evidence – photographs that look like mushrooms – really weigh in favor of biology?

Will the possibility of  ‘shrooms on Mars entice more people to apply for the trip?

Why the Nessies of Scotland are Supernatural