For years, rumors have surfaced that Facebook is working on technology to enable true brain-to-brain communication. Initially, all the press had to base these rumors on were mysterious job listings for neuroscientists with brain-computer interface experience and a few off-hand comments made by Facebook executives, but in 2017 Facebook officially announced at its F8 Conference that it was pursuing technological telepathy as one of its main research goals.

Why would a social media giant want to enable you to like your friends’ dank memes with your thoughts alone? Don’t be silly: because it wants to know those thoughts, to own those thoughts, and likely control those thoughts. Smash your computers and phones now - they’re coming for your mind. 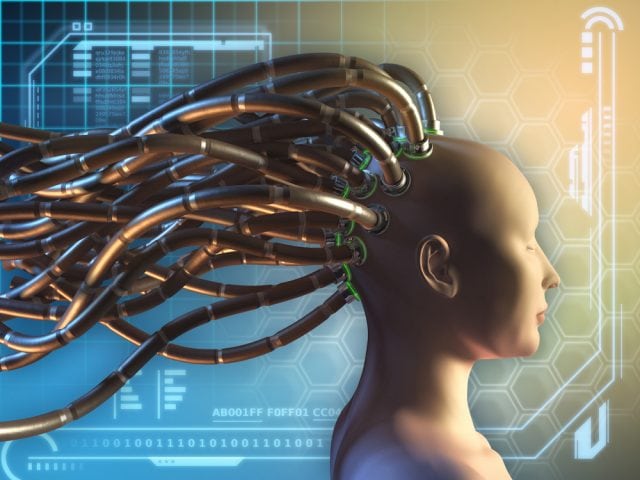 Sure, call me a hyperbolic Luddite, but given all of the other nefarious and conspiratorial developments with Facebook lately, one can’t be too cautious with their personal information and private data. We honestly have no idea what Big F does with all of our data. The latest indication that all of that data just isn’t enough for Mark Zuckerberg came straight from the mouth of the humanoid Facebook co-founder and CEO himself in a lengthy interview with Harvard law school professor Jonathan Zittrain. The full interview is available on YouTube, and mostly discussed Facebook’s recent missteps and their supposed plans to ensure users’ privacy in the future. Then things got weird.

The almost-human-looking Zuckerberg told Zittrain that Facebook is indeed actively working on technology to jack straight into your brain, straight-up Matrix-style. Such a system, he claims, would remove all the clumsy barriers that any media, from speech to written text to video, place between people's minds:

The problem is that the best way we have to get information out into the world - speech - can only transmit about the same amount of data as a 1980s modem. We’re working on a system that will let you type straight from your brain about 5x faster than you can type on your phone today. Eventually, we want to turn it into a wearable technology that can be manufactured at scale. Even a simple yes/no ‘brain click’ would help make things like augmented reality feel much more natural.

“Presumably,” Zuckerberg added, “this would be something that someone would choose to use as a product.” As opposed to what? Something someone is forced to use against their will? A product installed at birth without consent? A legally mandated condition for citizenship in the name of whatever ‘national security’ means at the moment?

Call me a Luddite if you will, but this is how it starts. When an obvious android and all-around mysterious figure like Mark Zuckerberg starts talking about getting all up in your brain and reading your thoughts, you should pay attention.

Will we know when the right moment for pitchforks and angry mobs has come, or are we already frogs in a pot of boiling water? Oh, Facebook. I wish I knew how to quit you.