Between late 1966 and December of 1967, the people of Point Pleasant, West Virginia found themselves in the icy grip of a fear-inducing monster. It became infamously known as the Mothman. Its name was most apt: the creature was described as being humanoid in form, but with a large pair of dark wings, and a pair of eyes that blazed menacingly. Numerous encounters with the beast were reported, all of them creating overwhelming terror in those that crossed its path. People saw the man-beast soaring the sky late at night, lit up by a powerful moon. It chased terrified drivers on the dark roads around town – and matters all culminated in the collapse of Point Pleasant’s Silver Bridge, in December 1967. Dozens of those on the bridge at the time lost their lives, their vehicles plummeting into the churning waters below. Today, there are two prevailing theories: that either the Mothman caused the disaster; or that, in its strange, own way, it tried to warn people when the tragedy was looming large. The jury is still very much out on that one.

It’s most interesting to note that a number of the initial sightings of the monster occurred at Point Pleasant’s very own "Lovers Lane." It was a place that, locally, was known as “the TNT area.” There was a very good reason for that. And it had nothing to do with explosive fun on the backseats of cars. Today, the area is called the McClintic Wildlife Management Area. Back in the Second World War, though, there existed around five miles outside of town a processing plant for the production of TNT – hence the name. As for the storage area of the TNT, it was a nearby place in the woods where a number of secure, igloo-like buildings were constructed to house the highly dangerous and volatile materials. It was a bustling area, an important military facility that helped the Allies to overcome the hordes of crazy Adolf Hitler. Indeed, at the height of things, more than 3,000 people were employed at the factory. But, that was then. By the 1960s, the area was very different. 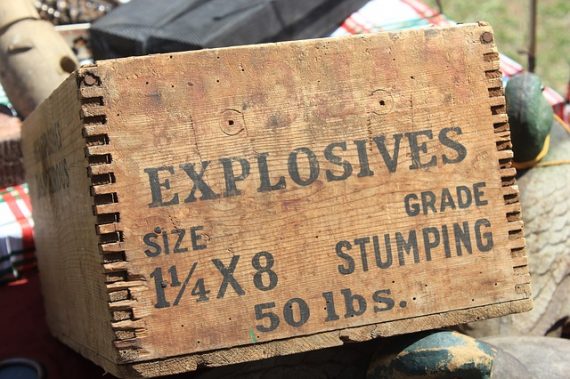 Friday and Saturday nights were when the woods were filled with cars. Guys and girls, playing music, drinking beer, and having a blast. That’s until the Mothman put paid to all of that. In November 1966, one of the most spectacular encounters with the monster was reported by Roger and Linda Scarberry and Steve and Mary Mallette. It wasn’t long after the four reached the old plant when they encountered in the shadows an approximately seven-foot-tall monster glaring at them. They wasted no time in exiting the area: the accelerator was floored and it wasn’t long at all before they breathlessly shared their story with Deputy Millard Halstead, of the local sheriff’s office. The media had a field day with the story – a story which, arguably, set the scene for the mayhem that was to follow, and which culminated with the collapse of the Silver Bridge.

Today, the area is even spookier: the old TNT plant is no more, as it has been razed to the ground and the area is fenced off. As for the now-decades-old igloos, they are empty, abandoned and covered in overgrown bushes, vines and moss, and hidden by the trees. Graffiti adorns most of the igloos – some with imagery of Mothman himself. The setting – and particularly so at night – is apocalyptic, to say the least. Indeed, the ruined, run-down area looks like the kind of locale one might expect to see in the likes of The Walking Dead. And, decades later, it still oozes a sense of hard to describe menace.

Notably, at the very same time that the events in Point Pleasant, West Virginia were afoot, very similar things were going down in New York – in Huntington, specifically in an area known to the locals as Mount Misery. Like Point Pleasant, the area is steeped in weirdness and an atmosphere of high-strangeness prevails. Strange creatures – such as “black panthers,” and ghostly black dogs with eyes like burning coals – roam the heart of the woods. Ghostly children have been seen wandering the old lanes after the sun has set. Pale-skinned Men in Black have knocked on the doors of locals late at night, warning them not to discuss the supernatural activity that dominates the area. And, for years, Mount Misery – with its thick, dense canopies of trees – has been a beacon for lovers. 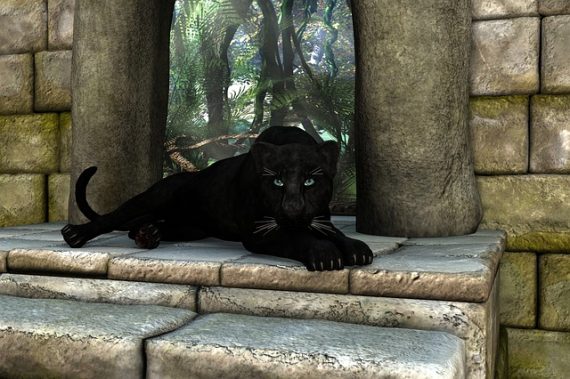 Midway through May 1967, John Keel reported in his 1975 book, The Mothman Prophecies, that a young couple – Richard and Jane – after an evening of hanging out and making out were driving to Richard’s home when he suddenly fell sick. He was overcome by weakness and nausea and briefly passed out at the wheel. Fortunately, because of the tight corners on the small, winding roads, Richard was barely driving at fifteen miles per hour, something which allowed Jane to quickly grab the wheel and bring the car to a halt. The next thing Jane remembered was seeing a bright flash, followed by a groggy sense of missing time and a feeling of memories of…well, something…erased from her mind. For Jane, all of this led her to believe that the light had come from a UFO and that she and Richard had been taken on-board the craft – a definitive case of what today we would call an alien abduction.

You can find more about my research into the "Lovers Lane" phenomenon at this link.

Flat Earthers Plan Trip Around Antarctica to Prove You Know What