Power outages are nothing new in Venezuela – they seem to be happening weekly and often occur cross multiple states. UFO sightings over Venezuela are infrequent but happening more often, but it still seems improbable that a recent one recorded on video by a motorist in the state of Trujillo is related to the blackout he was driving through, yet that’s one of the explanations given by a reporter who investigated it. Is there really a connection? Are Venezuelans and leaders around the world pointing their fingers at the wrong cause for that country’s problems – at least its electrical power ones? And why are there so many recent UFO sightings there ... including one with a crop circle?

"At first I did not pay much attention because I thought it was a reflection of the sun, but suddenly I realize that the sun was to the left, and much lower. (Immediately) the light began to move in a zigzag pattern. I called my cousin who was sleeping and I told him: record, and he started recording while I took the pictures."

That video (watch it here) was given Friman Rodríguez to reporter Hector Escalante, a loca UFO investigator. Rodríguez saw and recorded the video with his cousin on February 16, 2019, as they were driving back to Cabimas on the Pan American Highway (Troncal 1) at about 5 pm after finding out their destination was blacked out. He apparently stopped the vehicle on the highway and recorded the UFO zigzagging across the sky, descended and then stopped. Although it’s not apparent from the video, Rodríguez claimed they were close to where the UFO hovered and possibly landed, but he didn’t want to get out and pursue it since it appears they just stopped in the middle of the highway and needed to move. 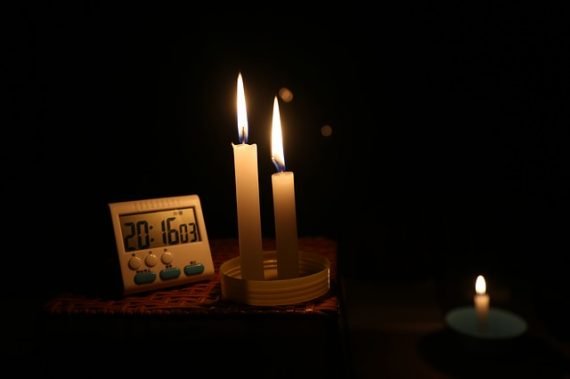 "I felt happy to record it and continue. I was not confident to return and stay to see something I do not know what could end.”

Does Friman or his DNA attract UFOs? He admits this is his first sighting but reveals his father has seen a similar object twice. Also, both he and his cousin say they were unusually exhausted and sleepy after the encounter, and the cousin had a headache that needed medical attention. While it was hot, Friman says they were in a new truck that kept them cool. Coincidences?

At this point, Escalante brings in another recent UFO sighting in La Lorena Venezuela on March 7 which also occurred during a blackout. A video (watch it here and here in a video that also incudes the possible UFO) taken in La Lorena shows people inspecting what appears to be a crop circle that the uploader says matches the shape of the UFO that reportedly hovered over it.

“Large circular signs on the vegetation left two presumed UFOs on the night of March 7, 2019. I was in the scene and it is amazing as you can see the circular shape of two alleged ships that locals say they saw the night before the video . They report that two large circular lights perched on the vegetation of the lagoon for a few minutes, then climbed the stars at an unspeakable speed. As a curious fact I must tell you that under that straw there is water ... people walked on the straw that was molded by the UFOs on the water.”

Another journalist, Nelsored González, confirmed on Twitter that there was a blackout in Lake Lorraine (this appears to be a Google translation of La Lorena), and then added a couple of political dots in an attempt to connect everything to Russia!

“For those who are not aware, the day of the national blackout at 4:55 pm, on March 7, reported an alleged sighting and extraterrestrial landing on Lake Lorraine City Bolivar presumably was the cause of the blackout that Maduro does not know how to explain and for which he blames the USA. The Russians who arrived yesterday are a unit of communications, scientists and the Russian Federal Space Agency, confirms a colleague in Ciudad Bolivar who is already part of the Russian team there, created a perimeter in Lake Lorraine, where the alleged landing occurred UFO." 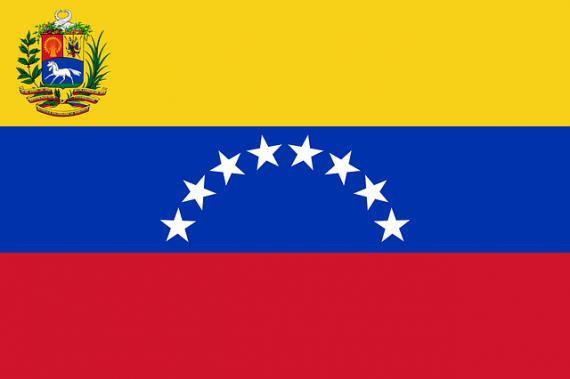 But wait … there’s more! González refers to yet another recent UFO sighting (and possibly more) in Barquisimeto, Venezuela. One is a triangular set of lights that some commenters attribute to flares or military planes.

Which brings us back to the current state of affairs -- paranormal, normal and abnormal -- in Venezuela. The sighting in Trujillo is unusual enough that it can’t easily be written off as a refection or lens flare. The crop circle doesn’t look like the typical British countryside variety of geometric shapes and no one seems to have a logical or natural explanation. Government problems can definitely be blamed for the blackouts and military operations for at least some of the UFOs. But not all … at least not yet.

Could it be that extraterrestrials are more concerned about Venezuelans than the rest of the world? Wouldn't that be nice?  Keep an eye on the skies and the ground for more clues.

The Mysterious Lake Monster of Turkey