This story sounds familiar … and not because of the “Bermuda “Triangle” comparison. A car park in England is being called “The Bermuda Triangle of Britain” after dozens of motorists found their electronic key fobs no longer worked and they were locked out of their vehicles. The car park is a rectangle, not a triangle, and being locked out is not quite the same as having your car suddenly disappear into a watery abyss forever, but this eerie incident has happened before and seems to defy logical and official explanations. Advanced electronics gone awry? Aliens? An underground civilization’s magnetic field leaking to the surface? The cause of the Bermuda Triangle of Britain is open for discussion.

"It's bizarre. I assumed the batteries were flat as you would in that situation. My son brought a spare and that didn't work either." 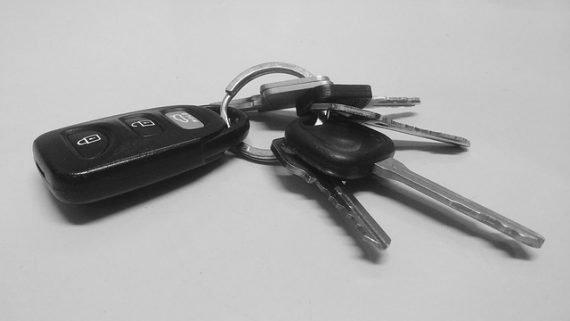 Retired police officer Graeme Wakerley told The Sun he had parked his car in the lot of a Lidl grocery store in Kingswood, Gloucestershire, in South West England and returned with a full cart to find his fob no longer functional. Wakerley was apparently able to open his car and start it manually and later complained to the local Lidl management, who had no explanation for the strange occurrence. When Wakerley posted his experience on the Kingwood residents Facebook page, the former cop was surprised to find he was not alone. A pregnant woman with a toddler who struggled to manually enter and start her vehicle said:

"It's hardly a safe experience."

Not safe but definitely common. As many more shared the tales of dead fobs and car alarms that wouldn’t shut off, the Lidl lot quickly became dubbed the “Bermuda Triangle of Britain.” While it’s hardly as deadly, the Lidl car park is definitely mysterious, especially since the logical explanation – interference from new Internet-connected security cameras installed around the lot – was shot down by a Lidl spokesperson, who said the cameras don’t emit any signals.

"We were concerned to learn of this occurrence, and are currently looking into the matter to help identify the cause, and resolve the situation for our customers."

Perhaps the residents of Kingswood should contact the resident of Carstairs in Alberta, Canada, who were equally affected and baffled by dead key fobs and disobedient car alarms in a Westview Co-op grocery store parking lot this past January. After over 160 affected car owners demanded answers and threatened to boycott, the management put a crack tech support team on the problem. After shutting off all of the store’s electronic equipment, they found that the problem mysteriously persisted. Aliens? An underground civilization’s magnetic field leaking to the surface? Local TV producers hoping for a new reality series were elated … then disappointed.

“After investigation it was determined that there was faulty consumer electronic equipment stuck in transmit mode in the area, which was causing the interference.”

Westview Co-op’s team called for help and the Canadian government’s Innovation, Science and Economic Development department (Why doesn’t the U.S. have one of those? Asking for a friend) sent in a team of top techies with tracking equipment and they found the source -- a malfunctioning remote car starter in a vehicle in the parking lot. When that starter was deactivated, the rest activated. Problem solved without the need for boycotts, lawsuits, looting, social media wars and all of the other things people seem to turn to these days rather than working together to solve tough problems. Kudos to the folks in Carstairs for setting a good example.

Footprints Found May Be From Ucumar, the Argentine Bigfoot