Mysterious Killer Whales Spotted Near Chile May Be New Species

It's a testament to just how giant and mysterious the ocean is that we can still be discovering new species of whales; they're not exactly small creatures. Earlier this year, a team of scientists on the southern tip of Chile recorded footage of a mysterious pod of killer whales with distinctly different head shapes and markings than ordinary orcas. Scientists think this footage might be evidence of a never-before-recorded species of killer whale and are using genetic testing to prove it.

Previously, the Type D killer whale, as it's called, was known only through fisherman's tales, local legends, and a pod of 17 whales that washed up on shore in New Zealand more than 60 years ago but were deemed to just be a group of strange looking whales. Their heads were rounder, their dorsal fins taller and more narrow, and the white markings around their eyes much smaller than other killer whales. If confirmed, the Type D  killer whale would be completely new to science and, according to a NOAA press release, might be the largest animal left to be recorded on earth. Bob Pitman, a researcher from NOAA Fisheries’ Southwest Fisheries Science Center, says:

“We are very excited about the genetic analyses to come. Type D killer whales could be the largest undescribed animal left on the planet and a clear indication of how little we know about life in our oceans.”

Undescribed is key here, since these whales have been seen in increasing frequency since the first pod of Type D killer whales were found on shore in 1955. Since then, photographs of the whales have been taken by tourists and fishermen all over the world including Chile, Antarctica, and the Southern Indian Ocean. Yet they still eluded scientific documentation. This is partly due to their habitat. The longitudes in which the Type D killer whales live are some of the most inhospitable waters on the planet and present a real challenge to the scientists trying to document them.

It wasn't until January, when the crew of the research vessel Australis sailed off the coast of Cape Horn in Chile, that scientists were able to collect hard evidence. And that proved to be a challenge as well. The Australis sat anchored in frigid sub-antarctic waters at Cape Horn, buffeted by up to 60 knot winds, for eight days, before a break in the storm allowed them to head offshore in pursuit of the killer whales. They managed to find the whales. Using an underwater speaker called a hydrophone, the team broadcast recordings of killer whale songs until they found themselves surrounded by 30 of the elusive creatures for a span of three hours. 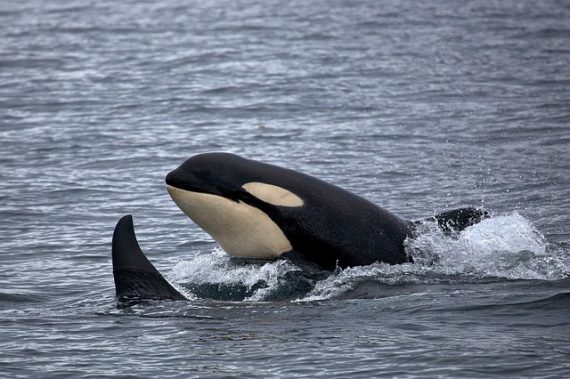 Using small, harmless, crossbow darts, the team managed to collect small skin samples of the whales which will be used for genetic testing to prove, once and for all, whether the Type D killer whales are a distinct species of orca.

In a way, it's good to know hard hard it still is to track down some of the life on earth. The fact that it took more than 60 years to track down a species as physically large as a killer whale once again shows how much mystery is still left on earth.