“Magnetar” sounds like it could go either way as a comic book superhero or villain but it’s actually one of the rarest kinds of celestial objects – a neutron star with an extremely strong magnetic field. Only 23 have ever been discovered and only four of those are of the type whose rapidly decaying magnetic field is sending out radio waves. A distress signal? If it is, it seemed we were too late in receiving from magnetar XTE J1810–197, which suddenly stopped sending radio waves ten years ago. Now, just as unexpectedly, it’s sending them again. Should we respond?

“These bizarre objects are neutron stars possessing magnetic fields a million billion times more powerful than Earth's field, or some 1,000 times greater that those of normal neutron stars.” 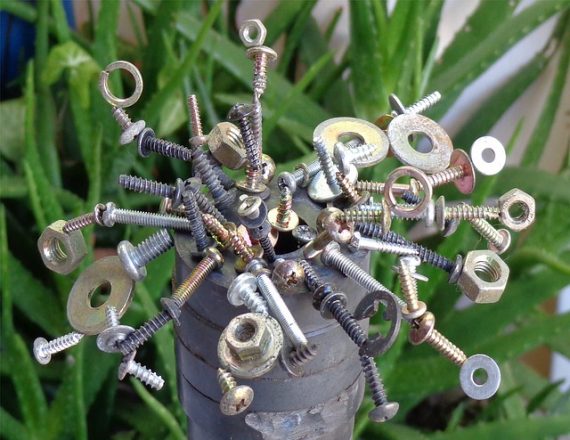 As explained in Sky & Telescope, magnetars are not something you want to approach while wearing a steel belt buckle. Actually, you may not want to get close at all. Here’s what Scientific American says will happen:

"X-ray photons readily split in two or merge. The vacuum itself is polarized, becoming strongly birefringent, like a calcite crystal. Atoms are deformed into long cylinders thinner than the quantum-relativistic de Broglie wavelength of an electron."

Without knowing what any of those things mean, it still sounds pretty bad. However, astronomers were excited to discover XTE J1810–197 in 2004 because it was the first magnetar to have detectable radio pulsations or waves. The waves were highly variable and continued until late 2008 when they suddenly stopped. Astronomers are a patient and persistent bunch, so a group led by Lina Levin of Jodrell Bank Centre for Astrophysics at the University of Manchester kept on watching the magnetar using the Lovell telescope at Jodrell Bank Observatory. After squinting into the eyepiece for ten years (figuratively, of course), Levin was rewarded for her perseverance on December 8, 2018, when she detected a pulsed radio signal at 1.52 GHz from XTE J1810–197.

After the high-fives had ended and the champagne was gone, they noticed that something had changed with XTE J1810–197.

"The pulse variations seen so far from the source have been significantly less dramatic, on timescales from hours to months, than seen in 2006."

The magnetism of a magnetar is a mystery, although the most likely cause is its dense mass spinning at hundreds to thousands of times per second. The equally massive and mysterious radio waves seem to come from starquakes caused by movement in the magnetar's crust that realigns its magnetic field.

So, the radio waves aren’t being sent by a dying alien race looking for a place to send their child to live and start their species anew while becoming an indestructible superhero whose arch-enemy is ironically named Magnetar … even if it would make a great movie.

For now, we have to be content with reading Levin's new study and waiting for future observations.