Mystery Booms Continue Around the US and Nobody Knows Why

Another month has passed, and the mystery boom phenomenon continues without a definitive explanation. Throughout March, several incidents of unexplained explosion noises have added to the already large and still growing body of evidence suggesting either an unknown natural occurrence or some type of unidentified man made activity is leading to these loud, powerful, and anomalous noises. I’ve collected hundreds of reports of these mystery booms over the past few years in an attempt to discover what may be behind the phenomenon, but so far an explanation remains elusive. Are these separate events actually related? And why aren’t they receiving more attention?

On March 7, residents of Block Island in the U.S. state of Rhode Island were rattled by what was described as an “unexplained boom” early in the morning of Friday, March 1. Sound familiar? Some Block Islanders reported the noise was so loud that they thought something could have exploded inside of their own homes. While scores of residents reported being terrified by the noise, The Block Island Times reports that theories put forth on local social media sites “were mostly whimsical," with most eyewitnesses choosing to crack jokes about the sky-splitting noise. As has been noted throughout ufology circles for years, joking about something being "aliens" is a great way to discredit those who take the phenomenon seriously. Could someone be leveraging social media to actively discourage serious research into mystery booms? 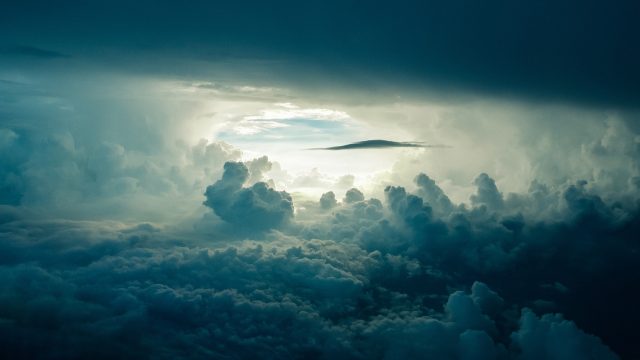 A few days later on March 6, another eerily familiar boom shook the northern Outer Banks off the coast of North Carolina. The U.S. Geographical Survey said the event was not an earthquake, while meteorologists with the National Weather Service reported that there were no weather conditions that could explain the boom. According to the Coastal Review Online, the boom was heard over a broad area, making it unlikely that a singular sonic boom from an aircraft overhead could have caused it. As in many other cases, some type of unknown atmospheric temperature inversion was cited as a possible cause, although there is little hard evidence to support that speculation.

The next day on March 8, another mysterious boom described as a “loud explosion” was heard throughout Liberty, Ohio. "You could feel it like a shock wave," one Liberty resident told emergency dispatchers after calling 911. "It knocked me out of bed." Fire crews at the Liberty Fire Station also felt the boom, reporting that the entire fire station shook. So far, the cause of the boom has not been found. 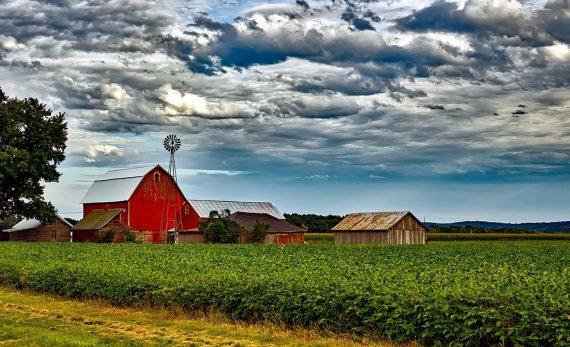 No further booms were reported until March 22, when several cities near Birmingham, Alabama were rattled by a massive explosion in the sky. Like in North Carolina, the U.S. Geological Survey and National Weather Service were baffled. The typical hypotheses were put forward, after which the story was buried by the news cycle as in so many other cases.

In Sacracmento, California, residents of Fair Oaks report they've have been shaken from their beds at night in recent months by powerful, unexplained booms strong enough to set off car alarms. With no official explanation, people are throwing around all sorts of theories including weather phenomena and secret SpaceX launches. Meanwhile, local police believe the booms are being caused by illegal fireworks.

On March 26, a loud boom shook southern Idaho, the latest in a recent spate of similar booms. According to local radio station KEZJ, the booms are being caused by munitions testing at the nearby Mountain Home Air Force Base.

Also on March 26, North Carolina experienced another mysterious event, but this time whatever happened was powerful enough to register on seismographs. Several counties in the Piedmont Triad area of North Carolina were rattled by an eerily familiar boom. “I’ll tell you right now, that was the loudest — it shook the whole damn house partner,” one frightened caller told police dispatchers as emergency services in the area were inundated with calls about the boom.

Shortly thereafter, the USGS reported recording two separate 2.6-magnitude earthquakes throughout the state, one of which was not far from the site of several other mysterious booms heard throughout 2018 for which conflicting explanations were offered. While this most recent boom could possibly be explained by seismic activity, there is always the possibility that whatever caused the boom wasn't an earthquake per se but was powerful enough to rattle the ground and register on seismographs.

While I normally wouldn’t jump to conclusions without evidence, the spate of other similar events in recent weeks makes this earthquake explanation seem incomplete to me. Then again, sometimes I feel like I’m going crazy, seeing things in the cracks between seemingly disparate news stories and trends which may not really be there. Whatever the case may be, I and other Mysterious Universe writers have been tracking these reports week after week for years, and we're not alone. Many readers have reached out to me in recent months with their own experiences with mystery booms or their own theories on the phenomenon. Are these incidents in fact related, or could many separate phenomena or forces be causing these booms? If that's the case, why are so many reports so similar, and why are they occurring with such frequency lately?

So many questions. Are unknown seismic events violently rattling the Earth, or could unknown aircraft be wantonly breaking the sound barrier over residential areas? Is an unknown atmospheric or meteorological forces causing ‘skyquakes’ or other anomalous disturbances, or could industrial operations be to blame? Meteors? Psychological warfare? Aliens? Anybody's guess is as good as anyone else's at this point (but it's likely not aliens).

Someone, somewhere has to know something. Right?

Why Are Extinct Species Suddenly Returning?