What do magnetic and glassy impact-related spherules, nanodiamonds, carbon spherules, biomass burning, and anomalous levels of platinum and chromium in ancient sediment layers all have in common?

Here’s a hint: it involves a controversial theory about an ancient cataclysmic event… and one that is gaining new support, after an international team of scientists found compelling new evidence for its cause in South America.

The Younger Dryas impact hypothesis contends that around 12,800 years ago, a disintegrating comet or asteroid led to an impact event—or maybe several—along with possible airbursts which resulted in widespread fires and climate changes identified in relation to the Younger Dryas Climate Event.

Proponents of the theory also believe climate changes occurring at this time may have been a contributing factor in megafaunal extinctions, along with existing evidence of human predation, which began to occur several thousands of years ago. However, archaeological evidence also seems to indicate that human populations were affected at the same time; presumably a result of the same environmental changes. 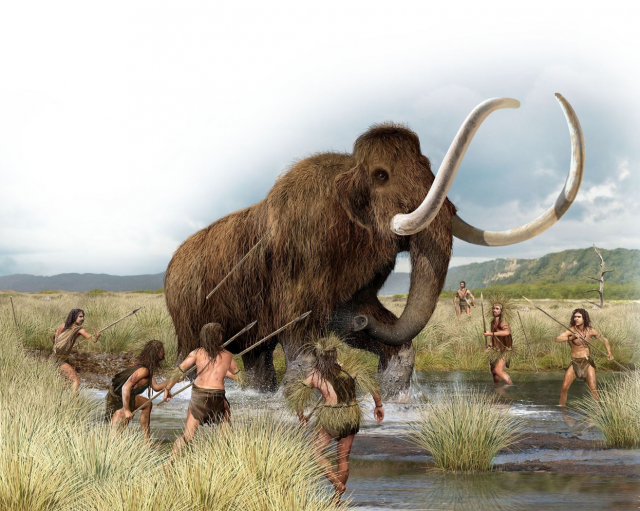 According to the new paper’s extract:

“In the most extensive investigation south of the equator, we report on a ~12,800-year-old sequence at Pilauco, Chile (~40°S), that exhibits peak YD boundary concentrations of platinum, gold, high-temperature iron- and chromium-rich spherules, and native iron particles rarely found in nature.”

As I noted elsewhere in relation to the new Chilean discoveries, “The significance of the platinum concentrations and other metallic signatures at the Chilean site presents another unique identifier, with relevance to previous studies that located an anomalous abundance of the rare earth metal at several YDB sites, as well as within ice core samples from the Greenland Ice Sheet. Christopher R. Moore, Ph.D. of the South Carolina Institute of Archaeology and Anthropology, University of South Carolina, Columbia, who contributed to the recent Chilean study, was the lead author of a paper published in Scientific Reports in 2017 which first identified this platinum anomaly.”

UC Santa Barbara geology professor emeritus James Kennett, also a co-author on the new paper, says at least one of the discoveries made at Pilauco, Chile, was unique to the site. Kennett was particularly interested in an abundance of chromium found in the YD boundary at the new location, since it is an element that is not commonly found at similar sites located in the Northern Hemisphere.

However, Kennett told UC Santa Barbara’s The Current that “volcanic rocks in the southern Andes can be rich in chromium,” which he and other scientists conducting research on the site felt could explain the prevalence of the material.

“Thus, the cometary objects must have hit South America as well,” Kennett concludes. The paper appeared on March 13 in Scientific Reports and can be viewed online here.

The Younger Dryas impact hypothesis remains controversial, largely due to the fact that its deterrents feel that the Younger Dryas can be explained more simply as a climate event unto itself. Critics primarily argue that meltwater from the glaciers at the end of the Pleistocene spilled into the Atlantic as global temperatures began to naturally warm, causing a cooling effect that disrupted ocean currents that led to further cooling prevalent throughout the Northern Hemispheres. Further, it has been noted that periods of cold reversal similar to the Dryas appear in the geological record toward the end of past ice ages as well; it seems unlikely that a cosmic impact event would occur at the end of every ice age.

Nonetheless, the accumulation of new evidence over the last few years makes the once unlikely theory of a cosmic impact 12,800 years ago now something worthy of a second look. Hence, the question is perhaps not so much one of "where is the evidence," but instead who is willing to look at it?

Mysterious “UFO” Was In Fact An Eerie-Looking Hole Punch Cloud