Overlords Alert! AI Robots are Reproducing, Evolving and Getting Religion

Welcoming our new overlords of any kind is becoming more than just a funny meme … it may be a warning that their arrival could be happening faster than we can perceive, comprehend … or stop. That seems to be the case if the overlords are artificially intelligent robots as the tech news media this week brings stories of AI robots reproducing, evolving and reciting bible verses to humans based on data collected to determine what their spiritual needs at the moment might be. Robots controlling what you pray for? Will they stop you from praying for less robots? 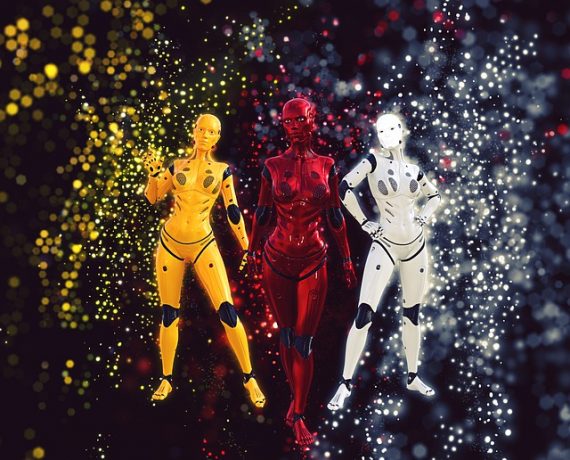 Wired reports this week on research in the field of evolutionary robotics being conducted at Vrije Universiteit Amsterdam by computer scientist Gusz Eiben. Ebsen uses simple AI robots with simple “genomes” that define what their color will be. He then has them “mate” via connections and combine their genomes. Like in humans, he programmed the connection and combination to have flaws that can cause mutations in the “offspring.” The end result?

“One parent is fully green, and the other parent is fully blue. Then the child has some modules that are blue and some that are green, but the head is white. That’s not what we put in—it’s a mutation effect.”

Obviously, negative or flawed mutations would not be the goal. Programmers of evolutionary robots would design them to combine their strongest “genes” or characteristics to produce a baby bot with the best of both robot parents. With computers powering their intelligence and decision-making, this “evolution” could result in combinations not foreseen by human engineers. Additionally, what humans may see as genetic flaws may have uses that the AI determines to be valuable. 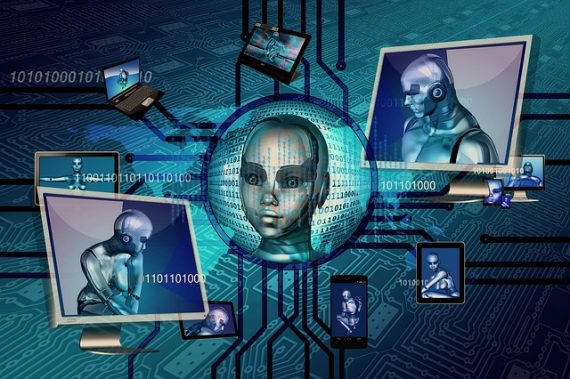 Everything will be OK as long as humans tightly control the algorithms … right? Research scientist David Howard, who recently published a framework for evolutionary robotics in Nature Machine Intelligence, proposes a scenario where scientists developing robots for exploring jungles do it by sending robots out into jungle to learn for themselves.

“What we'd do is get lots of small robots that are quite simple and cheap to make. We'd send them out, and some of them would do better than others.”

By “do better than others,” Howard means make it back to the lab in one piece. Those that do would be allowed to “mate” and create the next generation of bots to send out into the jungle again and repeat the process. What could possibly go wrong?

“From the Gospel according to Matthew. Do not worry about tomorrow, for tomorrow will worry about itself. Each day has enough trouble of its own.”

Sage advice, you say? Would you feel the same way if you knew it was an AI robot’s response to your concern? In a recent article in the Wall Street Journal, Gabriele Trovato, a roboticist and assistant professor at Waseda University in Japan, introduces SanTO, a 17-inch-tall robot equipped with a microphone, sensors and a facial recognition-enabled camera. Trovato developed SanTO with a specific purpose in mind (view photos of SanTO here):

“Religion has evolved through history, from oral tradition to written tradition to press and mass media. So it’s very reasonable to think that AI and robotics will help religion to spread out more.”

Although Trovato was warned by religious officials that SanTO should not offer biblical interpretations, it comes close by making decisions which text to recite by interpreting the needs of the person it is working for based on the questions asked and cues picked up by the facial recognition system. Isn’t that counseling and teaching using biblical quotations?

Robots are reproducing, evolving and “spreading the word” of religious texts. Perhaps when we worry about our eventual takeover by the robot overlords, we should less concerned about the “over” and fret more about the “lord” part.

Or are we too late?