A Virgin Atlantic flight from Barbados to London was quarantined this week after dozens of passengers simultaneously came down with a mysterious mass illness. While in-flight sicknesses aren’t entirely curious on their own right, this latest incident follows on the heels of several other grounded flights and mysterious mid-flight illnesses. Given that NASA has in recent years warned against the risks of increasing cosmic radiation in the skies, are we beginning to witnessing a new level of danger in the skies?

Someone with more resources than an internet connection and a healthy dose of curiosity will have to figure that one out. Still, given the frequency with which similar events have occurred lately, it seems as if something is happening but we don't know what it is. These incidents may merely be a sign of aging aircraft and lax safety protocols, but then again there's always the possibility they may signal something more mysterious or dangerous.

This latest incident occurred aboard Virgin Atlantic Flight VS610, a private charter flight company operated by the cruise company MSC Cruises. 50 passengers and crew returning from a Caribbean cruise fell suddenly ill with intense nausea and coughing fits on their return flight to London, prompting officials at Gatwick Airport to quarantine the entire flight once it landed. 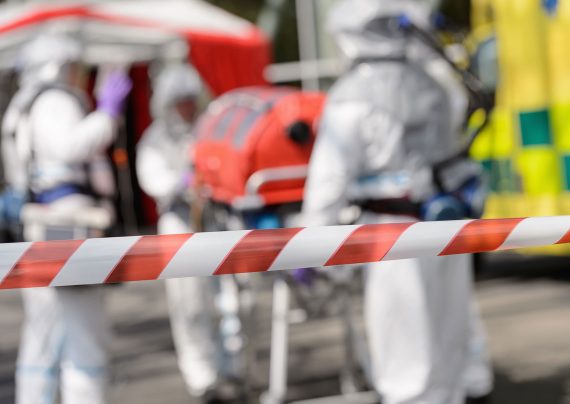 In 2017, NASA scientists issued a warning that due to changing conditions in the Earth’s magnetic field, airline travelers and crew members in particular could soon face an increased threat from cosmic radiation. Is that warning finally coming true?

A Spooky Case of a Vengeful Evil Witch in Venezuela