Predictions of a Possible GPS Meltdown on April 6, 2019

Those who survived the panic caused by the less-trouble-than-expected Y2K or Millennium Bug that was supposed to shut down computers when they tried to move their clocks from 12/31/1999 to 1/1/2000 may scoff at the new April 6, 2019 bug that many predict will wreak havoc with the GPS systems drivers, pilots and many major industries depend on. Those who profited from the Y2K Bug (COBOL and assembler language programmers dragged out of retirement to fix old software) may be upset that no one told them about this one sooner. Those planning a flight or a road excursion on 4/6/2019 may suddenly be considering a postponement. The rest of us are wondering … what the heck is the April 6, 2019 bug?

“The GPS Internal Navigation Time Scale “GPS Time” is based on the weighted average of GPS satellites and ground station clocks. GPS Time is used for user navigation solutions. A nanosecond error in GPS Time can equate to one foot of position (ranging) error. The WN parameter is provided via a ten (10) bit parameter – or “counter.” The valid range of values for the WN parameter is 0 to 1023 (or 1024 total values). The WN parameter is incremented by one each week. At the end of the 1024th week, the counter experiences a rollover (resets) to 0. Each WN rollover event defines a new GPS Time Epoch. The WN value is referenced to the start of the current GPS Time Epoch. The last WN rollover was August 21, 1999. GPS Time is currently in the second Epoch. The next WN rollover is April 6, 2019.

GPS Time is adjusted by the U.S. Air Force GPS Directorate to maintain alignment with UTC as provided by the U.S. Naval Observatory. A GPS device that provides UTC time does so by converting GPS Time to UTC using multiple parameters – including WN – conveyed in page 18 of GPS sub-frame.

That explanation came from a memorandum issued by the U.S. Department of Homeland Security in April, 2018. A one-year warning doesn’t seem like much time to fix old programs dependent on an antiquated 10-bit counter that bumps up one per week until it reaches binary 1111111111 (1023) and resets to zero, does it? DHS points out that this happened once before on August 22, 1999 and nothing bad happened then. Of course, that could be because most people were still folding paper maps in 1999 when GPS was still a new and much less used innovation.

On the other hand, in 2019 it seems that every cell phone, vehicle, watch and just about anything with a chip in it has GPS. Will we all go spinning aimlessly on 4/6/2019? Here’s an answer from FalTech GPS, a company specialized in GPS repeater technology.

“Who will be affected? The list is long and varied; some industries come to mind immediately as they are known to use the accurate timing information provided by the GPS constellation. Financial markets, power generating companies, emergency services and industrial control systems may be affected, as well as fixed-line and cellular communications networks. GPS tracking devices installed in a fleet management system to schedule and monitor deliveries could cause system errors if they start to provide location data that is potentially up to 20 years out of date.”

All together now …. ahhhh! Why isn’t someone doing something about this? Well, the government and GPS makers have been for a while. Most modern GPS receivers shouldn't be affected. Older devices that have been getting regular firmware updates should also be OK. A lot of GPS devices can run without UTC or can get it from other sources. And don’t forget – GPS systems survived August 22, 1999, just as we survived January 1, 2000. 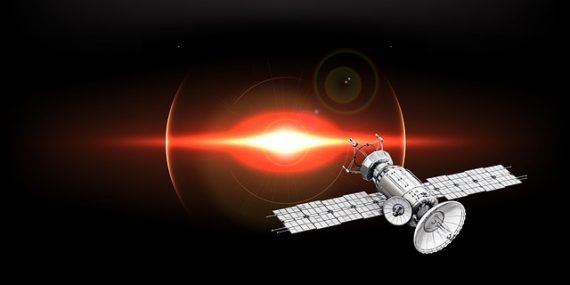 And yet … Tom’s Guide reports that a security expert at the recent RSA Conference 2019 (RSA is a computer and network security company) said in a presentation:

Does that sound like a warning? Is someone keeping things quiet? Who? This is no April Fool’s joke. If you survive April 1, make it to April 7 by being extra careful just in case on April 6.

When Pasteur Meets Sabina: Exploring the Shamanic Interpretations for Addiction and Other Illnesses