Remembering Dan Blankenship and the Mysterious Treasures of Oak Island

“We are saddened by the loss of Dan Blankenship. He will be greatly missed and our thoughts are with his family during this difficult time.”

If anyone will miss Dan Blankenship, it’s the History Channel and A+E Networks for his role in the money-making series about a legendary and real money pit called “The Curse of Oak Island.” Dan Blankenship passed away this week at the age of 95 and condolences and tributes to him have been pouring in, including the one above from the History Channel, which produced the popular show in conjunction with A+E Networks. While there was an Oak Island mystery and curse long before him and the show while undoubtedly carry on without him, the story of the alleged hidden riches and secrets of Oak Island will forever be linked to Dan Blankenship. 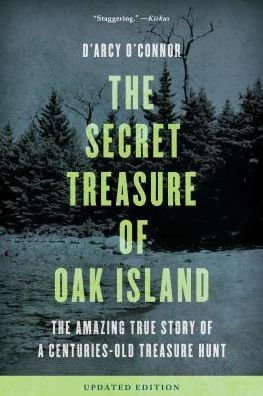 There are detailed accounts and countless books on the Oak Island treasures and mysteries – this is but a brief summary. The most popular version dates back to 1795 when Daniel McGinnis found a mysterious and elaborate shaft on the tiny island off the southern coast of Nova Scotia. Fueled by rumors that the island held a treasure buried by the pirate Captain Kidd, McGinnis and friends dug but found nothing more than the physical and proverbial shaft. It became known as The Money Pit and that was the truth for many companies who invested over the years in looking for Kidd’s loot and other rumored treasures and artifacts, including the jewels of Marie Antoinette, the Holy Grail, the Ark of the Covenant (both allegedly hidden there by the Knights of Templar), Shakespeare’s manuscripts and his true identity (Sir Francis Bacon?) and more. The “curse” refers to unexplained experiences and deaths amongst treasure hunters, including the 1965 “Restell Tragedy” where one explorer died after falling into the shaft and three others perished trying to save him.

An article about the legends and secrets of Oak Island was published in Reader’s Digest in 1965 and read by Dan Blankenship, inspiring him to move there from Florida that same year and devote the rest of his life and his own money to the Money Pit. In an interview with CTV Atlantic in 2014, he said:

“We have found certain clues over the period of time in certain areas that have kept us involved all these many years. To the best of my knowledge, no one has stayed on the island and been involved in more or less the daily thing longer than I have.” 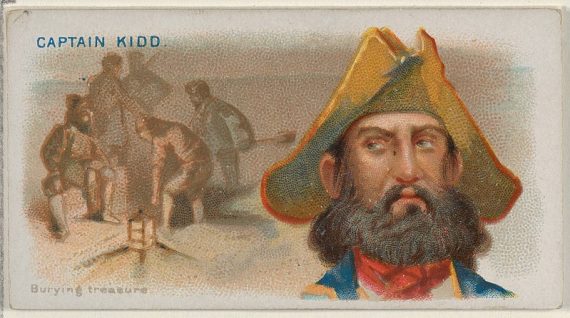 That’s an understatement. In January 1967, Blankenship formed a syndicate to explore the island and in 1969 formed a partnership to buy most of it. He was involved in drilling a shaft (Borehole 10-X) and lowering a camera which took blurred pictures of alleged but unverified chests and human remains before it collapsed. Blankenship was also involved in costly lawsuits over ownership which impacted further explorations. In 2006, brothers Rick and Marty Lagina bought half of Blankenship’s Oak Island Tours company and in 2014 turned the quest to find any and all of the treasures into “The Curse of Oak Island” reality television show, with Dan Blankenship playing a major role and which continues to run on the History channel.

“Dan was known as a pillar of strength to those around him and we will be forever grateful for the time we had with him.”

Prometheus Entertainment, producers of the show, will miss Dan Blankenship, as will his family and the millions of fans of the show, not to mention the fortune seekers he inspired, just has he was inspired in 1965 to search for treasures and more on Oak Island.