Reviewing a New Book on “Momo,” the Missouri Monster

Momo: The Strange Case of the Missouri Monster is the new book from cryptozoologist and monster-hunter, Lyle Blackburn. If you're into Cryptozoology, you'll know that Lyle has written a number of extremely well-received books on the subject. They include The Beast of Boggy Creek, Beyond Boggy Creek, Monstro Bizarro, and Lizard Man. Like the two Boggy Creek-based books, Momo is a study of a wave of sightings of a hairy creature(s) in the United States. In this case, most of the action goes down in the small town of Louisiana in Missouri. Although Lyle's books are predominantly focused upon cases that are now several decades old and more, it's very important to note they are not exercises in nostalgia. In fact, quite the opposite is the case. What Lyle has done with The Beast of Boggy Creek, Beyond Boggy Creek, and Lizard Man is to provide his readers with some of the most in-depth, extensive, focused books on tales of man-beasts of the United States. Without Lyle's work, the data that he has unearthed would likely have never surfaced. And that's why I note that these are not nostalgia-driven books: they are in-depth, extensive, firsthand investigations into some of the most striking affairs in Cryptozoology. That goes for Momo, too. 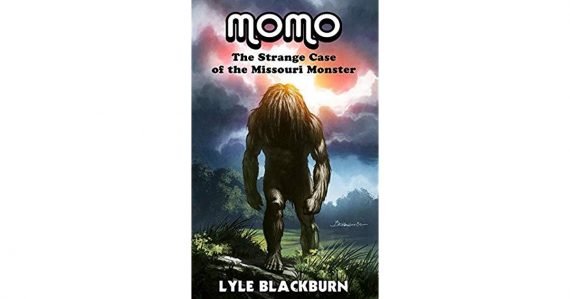 In case you don't know, I should inform you that Lyle is most definitely not what has become known as an "armchair researcher/writer." The precise opposite is the case. When it comes to investigating cases of strange creatures, there really is no alternative to hitting the road and heading off to the woods, forests, lakes and mountains of our world. And that's precisely what Lyle does. He hits the road in search of monsters. And it's this aspect that makes Momo: The Strange Case of the Missouri Monster such a great book. For those who don't know, Momo (from "Missouri Monster") was a Bigfoot-style beast seen in and around Louisiana (the town referred to above; not the U.S. state!) in the summer of 1972. We get to follow Lyle in fine fashion, as he rolls into town, heads off to the local library and seeks out what the media was saying about Momo at the time, and then gets deep into the area itself; prowling around the dense woods in search of any and all evidence of the legendary "thing."

Momo is packed with photos and artwork, all of which provide the readers with a good sense of what the area looks like, and also how easy it would have been for the creature to hide out and not be found. The book is filled with notable face-to-face encounters between terrified locals and the huge, hair-covered humanoid that became known as Momo. It's also a book written with a great deal of atmosphere. There is something else, too: I have to say that Momo is Lyle's most Fortean-based book, so far. By that I mean it delves into certain areas of Bigfoot research that many seekers of the creature avoid at all costs. We're talking about strange anomalies, possible ties to the UFO phenomenon, and more. Lyle's previous books are almost exclusively free of the "high strangeness" aspects of the world of Bigfoot-type beasts. Not so Momo, however.

As readers of Mysterious Universe may know, I have a big interest in the weirder side of Bigfoot reports. It's something which, on occasion, has led people to criticize me for - as one correspondent worded it - "...getting involved with crackpot shit." Well, the fact is that while the overwhelming body of Bigfoot encounters have zero to do with anything even remotely paranormal, now and again something will surface and screw with the minds of Bigfoot witnesses and those of us who go looking for such things. On this very matter, Lyle describes how a number of witnesses to Momo claimed to have seen strange, small, balls of light, floating and flying around the direct vicinity where their encounters occurred. I have heard almost identical cases coming out of Texas' vast Big Thicket, many of them chronicled by the late writer and investigator, Rob Riggs. Lyle also addresses the similar data obtained by long-term investigator Stan Gordon, of Pennsylvania. In a field largely hostile to the matter of things verging upon the supernatural, Lyle has taken a praiseworthy and refreshingly balanced approach to this undeniably weird portion of the story.

Lyle also provides us with some fascinating cases that post-date 1972, demonstrating that although it was certainly in that crazy summer of 1972 that all hell broke loose, Momo and others of its type have been seen regularly in Missouri. There's also a very thought-provoking story which links Momo to nothing less than a "Minnesota Iceman"-type saga. If you have a big interest in the controversy-filled tale of the "Iceman," then you'll definitely have to check out Lyle's book. With a great, eye-catching cover and written in a captivating fashion, Momo is a book for just about anyone and everyone with an interest in the enigma that is  Bigfoot.