We take light for granted and often forget just how weird and powerful the sometimes-wave, sometimes-particle is. Never mind that our entire existence is dependent on light, there's a whole host of other wacky applications that science is only beginning to get get a grasp on. For example, new research from the California Institute of Technology has apparently found a way to levitate macro-scale objects using noting but light. Scientists at Caltech say that, once implemented, this technology would allow a spacecraft to surf its way on a beam of light to the nearest planet outside our solar system in as little as 20 years.

The new research is only theoretical at this point, but it builds off decades of previous work using light to manipulate very small objects. The first so-called "optical tweezers," which use the radiative pressure of focused light beams to manipulate nano-scale objects, led to the 2018 Nobel Prize in Physics. The principle is more or less the same, but but there's a big difference between moving microscopic objects microscopic distances, and launching interstellar spacecraft. Ognjen Ilic, postdoctoral scholar at Caltech and author of the new paper, says: 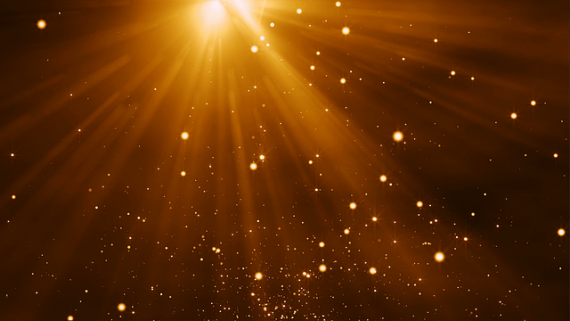 The key to the new research is in creating nano-scale reflection patterns on the surface of the objects to be levitated. By giving the surface of the object the right pattern it will interact with the light beam in such a way that it will continually spin itself back into the beam of light, creating a feedback loop of sorts with the radiative pressure of light all the way to another star system. While previous theoretical concepts for light sails relied on incredibly powerful lasers to do the heavy lifting, this method would encode the objects surface with what it needs to stay stable, and would work with a light source even millions of miles away.

Of course, this is still theoretical. They haven't started building light sails yet, and actual real world demonstrations will be needed. Still, it's pretty exciting. Harry Atwater, Howard Hughes Professor of Applied Physics and Materials Science at Caltech says:

"We have come up with a method that could levitate macroscopic objects. There is an audaciously interesting application to use this technique as a means for propulsion of a new generation of spacecraft. We're a long way from actually doing that, but we are in the process of testing out the principles."

If it works, this technology would allow starships to travel at close to the speed of light and would open up a whole new realm of possibilities for the future of sustained interstellar travel. Just think, we've spent so much time lighting stuff on fire, trying to squeeze out the little bit of propulsion we could from it, when all we really needed was a big flashlight.

The Mysterious Nazi Graveyard of the Amazon