For years, scientists have recognized the limitations of radio astronomy in the search for extraterrestrial life. Utilizing the electromagnetic spectrum to search for alien signals is problematic partly because it relies on searching for quiet areas in an otherwise noisy medium, as viewed from Earth. To be able to search for possible signals from far off places, astronomers have had to rely on finding regions where natural noise is minimized; and although such a "quiet" region exists between 1.42 and 1.67 gigahertz, affectionately known as the "Cosmic Water Hole," one might compare this to trying to examine an entire ocean while peering through a straw.

Because of these obvious limitations, astronomers have been looking at new ways to engage the search for extraterrestrial intelligence (SETI), and this includes forms of optical SETI that search for the presence of laser pulses that might originate from other places in our universe.

The prospects for such technologies have been exciting, but perhaps nowhere more than with the discovery of KIC 8462852 or "Tabby's Star, an unusual star whose odd behavior has raised questions about everything from cosmic particulate that may encircle it, to the unlikely (but not impossible) supposition that it may represent an alien "megastructure." 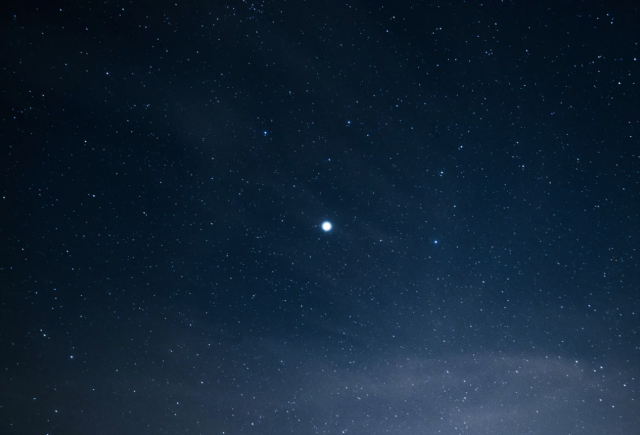 One group that has been exploring such possibilities is the SETI team at UC Berkeley, which garnered attention last year for one of its project leaders: David Lipman, who is now a student attending Princeton, had still been in high school at the time he began working with the project. In their most recent published study, the team has been sourcing data from the Breakthrough Listen Project "in an effort to detect potential laser signals from extraterrestrial civilizations."

Lipman and his team decided to observe Tabby's Star for evidence of laser light sources greater than 24 megawatts, which marks the lower regions of light a telescope would be able to detect at the distance between Earth and KIC 8462852. The survey relied on source data mined from the Lick Observatory's Automated Planet Finder telescope, part of the Breakthrough Listen Project and one of the many systems that scientific organizations--some of them on the civilian level--have been using to scour the cosmos for signs of life.

The team's paper, submitted for peer review in December, relates that they analyzed 177 high-res spectra of KIC 8462852, of which they say the "top candidates from the analysis can all be explained as either cosmic ray hits, stellar emission lines or atmospheric air glow emission lines." Although they did not find evidence of any anomalous light sources, a number of insights were made into how future studies may be conducted to search various promising regions of space. 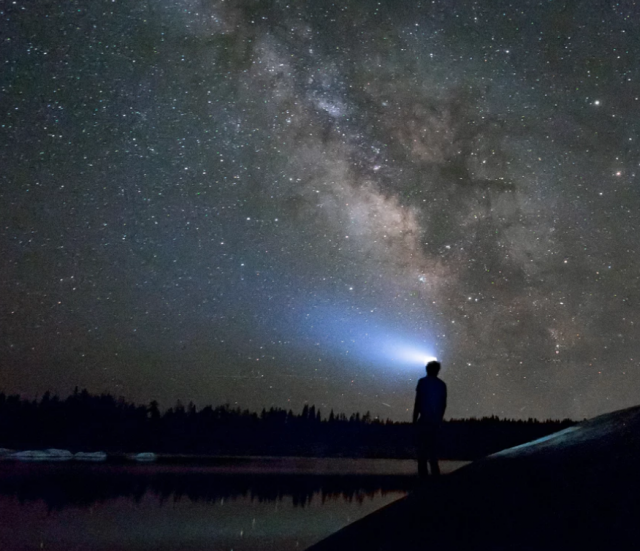 As advanced as laser SETI and its potentials are, varieties that have been developed in recent years have their own limitations, which have led SETI researchers to consider ways that more complex arrays that incorporate larger data sets might be instituted.

According to astronomer Seth Shostak, the SETI Institute has its sights set on incorporating just such a system. In July, 2017 the astronomer wrote, "The SETI Institute has developed an instrument that, at relatively low cost, could continuously survey the entire night sky for brief laser pulses. This is completely unlike the optical SETI efforts that have been made in the past, and continue to be made today: experiments that use sensitive photomultiplier detectors, but are limited to one star system at a time. That’s akin to a radio SETI search able to only monitor a single frequency channel. Extremely limited."

Whether or not Tabby's Star and its unusual characteristics ever prove to be the "smoking gun" in the search for extraterrestrial life, new technologies that will continuously search for laser pulses emanating from distant planets, as Shostak describes, could eventually be a game-changer as far as finding evidence of life on other worlds. As such, the future for SETI research looks very promising, indeed.

Scientists Claim Underwater Microphones May Have Recorded the Crash of MH370