March is supposed to come in like either a lion or a lamb, but this year’s relief-that-February-is-over month has come in like odd UFO recordings. Following a recent sighting of two UFOs mysteriously hovering for almost an hour over a major international airport in Peru, reports and recordings have come in showing a strange ring of UFOs over Wales and a wing or sock-shaped formation of lights (obviously a deceptive alien maneuver) over Minnesota. If March comes in like a UFO, does it go out like a government disclosure?

"Upon my analysis of this fascinating footage in more detail I confirmed what the witnesses had seen and described also confirming the lights to be rotating in a circular uniformed formation, giving the impression of being fixed to a much larger circular base structure. Also frames were obtained revealing an unusual unknown shaped object, multicoloured in appearance exhibiting a full visual spectrum range. Near the end of the footage the lights appear to change angle to a 45 degrees angle but continuing to rotate as they did in the horizontal position before blinking out of sight for good." 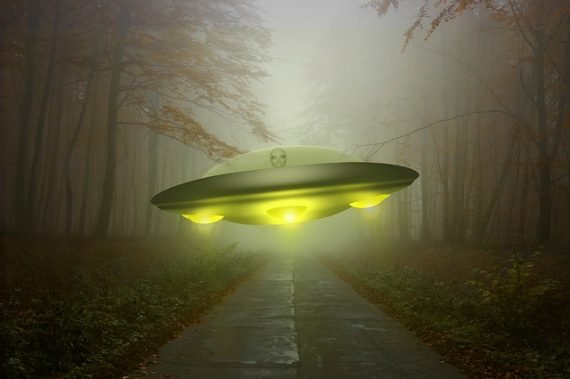 The Welsh sighting occurred in 2012 but the video was only released recently by British UFO researcher Jason Gleaves and, while unresolved, offers a brief but good tutorial on how to take a UFO video and then how to analyze it. (Watch the video here.) Gleaves received the video from teen brothers Nathan and Alex Thomas, who claim they saw the UFO around 3am on January 3, 2012 in Denbigh, North Wales. Deciding it wasn’t fireworks and puzzled by the lack of sound, they recorded it using a camera Nathan had just received for Christmas. Gleaves complimented Nathan on his “steady focus” and for focusing and zooming on local landmarks. Gleaves then used daytime photos of the same landscape to determine that the UFO was traveling above trees less than two miles away. Yes, Gleaves knows what you’re thinking.

"Other possible factors and identification of the unknown light sources could be drones, but during 2012 drone technology had not been widely available to the public as they are today, so I don't believe the lights to be drones.”

Flying saucer? Gleaves knows better than to propose that, given he’s working with a 37 second video taken at 3 am. Nonetheless, he confirmed it was something round that he couldn’t identify. A blimp or hot air balloon? Perhaps he’s better with sock-shaped UFOs. That’s what is seen in a video hovering over St. Louis Park (a western suburb of Minneapolis) taken on February 10, 2019, by Netzaid Vazquez Diaz and uploaded to the Internet last week where it was picked up around the world. (Watch the video here.) Diaz must have read the UFO video handbook because he started his clip with a shot of the ground, then up some buildings and into the sky. Unfortunately, the 25 second clip. Doesn’t show much more than a sock-shaped circle of lights – an alien spaceship with one wing’s lights out? A TR-3B with one wing’s lights out? A lighted kite? A laser light display? A tight formation of drones? We could go on but none of those can be conclusively proven by this video and, although other videos are rumored to exist along with other witnesses, none have surfaced as of this writing. 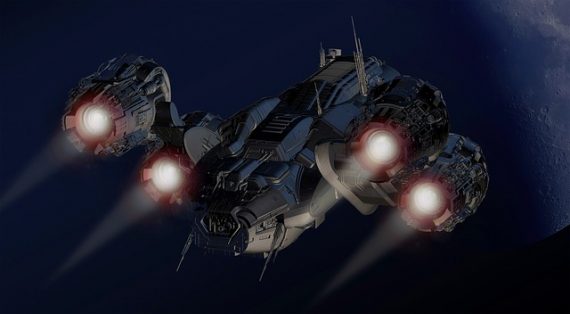 Interesting videos … no conclusions. Remember the rules of UFO recording: keep your batteries charged, your arm steady and your landmarks (and opinions) in perspective. And hold your breath while shooting ... but not while waiting for March to go out like a government UFO disclosure.

First Evidence of a Planet-Wide Groundwater System On Mars