The Curse of the Evil Eye

There is an expression, "If looks could kill," as well as "To give someone the evil eye," and it typically means to give someone a mean or displeased look. These are common expression in English in modern times, but have you ever thought about where these expressions might have come from? What if looks really could kill? For many cultures throughout the world and across geographical and religious boundaries there has long been the belief in just that, and for these people "The Evil Eye" is not just a mere figure of speech, but a very real threat to be wary of.

The belief in a curse that can be conferred through a mere malevolent glare can be found across a very wide range of cultures throughout history, particularly in West Asia, Latin America, East and West Africa, Central America, South Asia, Central Asia, and Europe, especially the Mediterranean region. In Arabic it is called al-ayn (the eye), in Spanish it is Mal de Ojo, in India they say Drishti, in Ethiopia it is called the Buda, in Pakistan it is the Nazar, and on it goes, stretching back for millennia and mentioned in the religious texts of Islam, Judaisim, Christianity, and others. Whatever it is known as or called, and whatever iterations it takes, the basic concept of the Evil Eye is mostly the same, and is quite simple on the surface. A person who wishes ill will upon another casts an evil glance at the target, cursing them with a variety of effects that can range anywhere from minor annoyances, to recurring bad luck, to withering sickness and even death, depending on the power and vehemence with which it is cast. This curse is usually unleashed upon a person when they are completely unaware, and they might not even know they have been cursed at all until the bad effects start to accumulate. 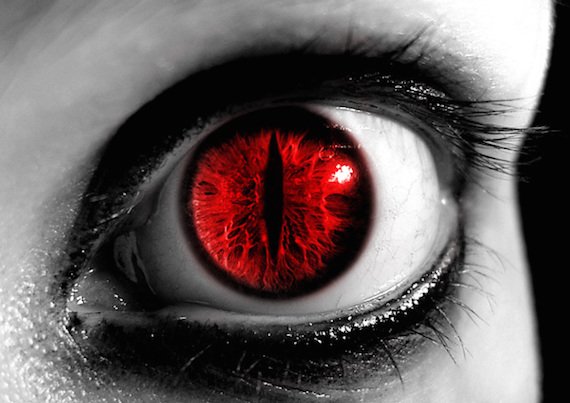 In some cultures the Evil Eye can even be cast through words alone, including even disguised as compliments or praise, and it is also fully possible to give oneself the Evil Eye, usually a fate reserved for the vain who stare at themselves in the mirror to admire themselves. Other cultures see the power to cast the Evil Eye as a curse in and of itself, inflicted upon others involuntarily, with no ill-will at all, to the point that in times past those who believed they had it would blindfold themselves or even cut their own eyes out. It has also long been said in many traditions that the power of the Evil Eye is fueled by the envy and admiration of those around the very successful, which through their covetous glances can work to unravel and undo that success to send them crashing down. This was an idea especially embraced by the ancient Greeks, with Heliodorus of Emesa once writing of this:

When any one looks at what is excellent with an envious eye he fills the surrounding atmosphere with a pernicious quality, and transmits his own envenomed exhalations into whatever is nearest to him.

No matter what form it takes, belief in the Evil Eye in one form or the other goes back thousands of years, to at least the age of the Sumerians and perhaps even further back into the mists of time. In the Roman era it was believed that not only people, but whole tribes could hold the power of the Evil Eye, and ancient Greek philosophers spent much time pondering the power of this curse. For instance it was thought by the Greek philosopher Plutarch that people with blue eyes held the most power for the Evil Eye, and he indeed had a whole explanation for how he thought it worked. According to Plutarch it was the result of invisible “rays” that could be emanated from the eyes, and if powerful enough could even kill. Interestingly, the idea that people with blue or green eyes were more proficient with the curse was a common notion in the Mediterranean and Aegean regions, perhaps because those were rarer eye colors that held an air of mystery. Other Greek philosophers such as Pliny the Elder also spoke much of the Evil Eye, and said that Africans were particularly adept at it, holding “power of fascination with the eyes and can even kill those on whom they fix their gaze.” 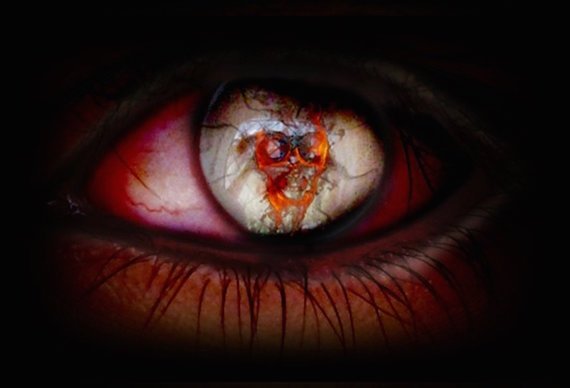 With such widespread belief in the Evil Eye, one might find oneself wondering if there is any way to ward it off and protect oneself from these nefarious forces, and yes, there are many. The ways used to keep the effects of the Evil Eye at bay are as myriad and varied as the different beliefs in the forms it takes and the cultures of the people who believe them. In some traditions it is as simple as using prayer or invoking God’s name. For instance, in Islam it is common to say Masha’Allah, or "God has willed it,” or Tabarak Allah, that is, "Blessings of God,” when complimented on something, in order to deflect the envy that is such a common fixture of the curse of the Evil Eye. One can also recite the Sura Ikhlas, Sura Al-Falaq and Sura Al-Nas from the Qur’an three times to negate the insidious effects of the Evil Eye. In Judaism, one can proclaim b'li ayin hara, Hebrew for “without the evil eye,” or just simply spit three times, and it is thought of as best not to take too much pride in one’s valuable personal belongings. Spitting is actually a common form of protection against the Evil Eye, and was called by the Romans despuere malum, to spit at evil.

There are countless other prayers used in different religions to stave off the Evil Eye, but even more common still are the numerous amulets, charms, and talismans used by various far-flung cultures to offer protection from this species of curse, often called nazar. A popular one is called a khamsa in Arabic, and looks like an elaborate carved hand. In Turkey they have royal blue beads fashioned of glass and with circles added to make it resemble a pupil, which are hung over doorways, worn on the body, and even given to newborn babies to keep the Evil Eye away. Many cultures employ amulets fashioned to look like eyes, which are themselves called “Evil Eyes,” but which are actually meant to ward the curse off. Turkey, where belief in the Evil Eye is quite strong, also uses rows of crosses called Haç and scattered S-shaped hooks called Çengel to ward off the curse. In Italy they use what is called a conicello, or “little horn,” which is a horn shaped amulet made of gold, silver, or coral. In Spain and Latin America infants are typically given amulets with eye-like markings on them to keep the curse away.

Other cultures use carved alabaster idols with incised eyes, and still others make use of plants, such as in Brazil, where certain types of plants are thought to have protective effects against the Evil Eye. Brazilians also believe that mirrors can help to deflect the curse, and will hang them up liberally. Such amulets and talismans are so pervasive that one can go to many of these places and see them sold at street vendors or at bazaars, where they are seen as popular souvenirs. In some more ancient cultures these charms took on a rather phallic connotation, such as the fascinum, popular throughout Europe and into the Middle East and especially popular in ancient Rome. Another charm against the Evil Eye in some Spanish speaking cultures is to use a bright red ribbon, which is said to distract the caster of the curse and weaken their ability to use it. In Pakistan, a small black cloth called a taawiz is used to similar effect.

In addition to prayers and these various charms and amulets there are also other methods employed by different cultures to keep the Evil Eye away. In Italy one can deflect the Evil Eye by using certain hand symbols, especially those of a profane or sexual nature, which distract the caster of the curse and rob them of their powers. Latin America also uses hand signals, and a popular hand gesture used to ward off these curses is to make a fist with the thumb pressed between the index and middle fingers. In European Christian countries one can make the sign of the cross with your hand and point two fingers, the index finger and the middle finger, towards the supposed source of the Evil Eye. In other cultures one can perform certain rituals to reverse the effects of the Evil Eye, such as one from rural Mexico that involves a healer or medicine man rubbing the victim with a raw egg, which is said to absorb the negative energy, after which the egg is emptied into a glass and placed near the victim’s head. In some parts of India they will take salt, red chilies, or an oiled cloth and wave it above the affected person, after which the item will be burned, thus removing the curse.

It is rather unfortunate that in more modern times the amulets and trinkets that have traditionally been used for thousands of years to combat this evil have essentially become fashion statements and tourist souvenirs. The symbols of the Evil Eye can be seen on a vast number of designer clothing brands as well in recent years, and it is sad that not too many people really understand or appreciate the background and culture behind these images. For many people this is all very real and not a joke or cool design at all. No matter what you may think about the lore of the Evil Eye, it is a pervasive fixture of cultures and religions throughout the world, a permanent feature upon the landscape of the human psyche, and a truly great historical mystery.

Something Strange and Terrifying is Happening Deep Beneath Africa