The Cursed Red Planet and the Galactic Ghoul

Mars, also often called “The Red Planet,” due to the reddish tint of its atmosphere, gets its name from the ancient Roman god of war, and is the 4th planet from the sun, as well as the second smallest in the solar system. For a very long time it has held a certain fascination for astronomers, and has over the century become quite a fixture in science fiction stories, once a very popular origin for alien invaders and all manner of bizarre creatures, most famously depicted in the H.G Welles science fiction classic War of the Worlds. In recent years it has become a major destination for exploration and an envisioned future of manned missions. The planet even now incites wonder and speculation, as we debate whether there is life there and the Internet pores over pictures often purported to show alien spacecraft, fossils, living organisms, spaceships, evidence of some ancient Martian civilization such as pyramids and other structures, and all manner of assorted bizarreness. There is also the idea that it is actually cursed or protected by alien forces from beyond our understanding.

There can be no doubt that Mars holds its share of mysteries, and one of the more curious of these is the persistent idea that for whatever reasons the planet itself seems to be cursed. The seed of this bizarre notion lies in the fact that despite all of the efforts, technology, and money poured into Mars exploration, it has stubbornly and persistently proven to be inordinately difficult to successfully reach and investigate, with a long list of freak mishaps, problems, and malfunctions that have conspired to keep us years behind where we should actually be in our stage of Mars exploration considering our best efforts. 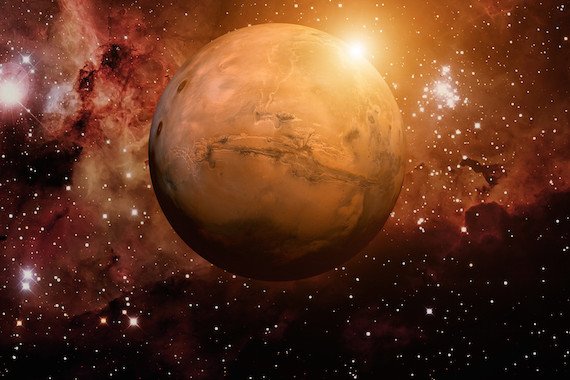 The history of the exploration of Mars is littered with failed missions. The first half a dozen or so probes that were sent out there were all total failures, either malfunctioning, suffering miscalculations, or breaking up completely, or simply disappearing without a trace. In 1964, the Mariner 4 did manage to reach the planet and take a series of photographs, but in the meantime Russia suffered a string of failures, only managing to finally put a probe on the surface in 1971, the Mars 2 Orbiter/Lander, which made it to its destination but promptly and mysteriously lost contact with its handlers without any data being transmitted at all. Undaunted, the Mars 3 program was carried out, but the lander once again mysteriously cut out after transmitting only a few seconds of video.

Other failures followed at an alarming rate, with several other lost probes, on some occasions missing the planet entirely to go careening off out into space, including the Mars 7 lander. It wasn’t until 1975 that any real success was found with exploring Mars, with the Viking program, which was able to gain thousands of images of the planet's surface. After that there would be another string of various failures to even reach the Red Planet that proved to be both enormously frustrating and expensive. One of these was NASA’s doomed Mars Observer, which was just 3 days away from its destination when it suffered a freak propulsion leak that caused it to spin out of control and cease transmissions. In 1998, Japan managed to send its Nozomi probe, but even this mission suffered various difficulties, as although it made it to Mars it had a fuel shortage that kept it from achieving orbit. So costly and disappointing was this failure that Japan hasn’t tried to send another probe since. The European Space agency had a similarly crushing failure when they managed to get its Beagle 2 lander into the Martian atmosphere, only to have it fail to land.

In 2004, NASA managed to land its robotic rover Opportunity on the surface, where it performed admirably for years before suddenly losing communication after a 2018 dust storm. At the time it was thought that the rover would resume operation after the weather cleared, but it never did, staying dark for reasons no one is quite sure of. The same sort of fate was suffered by Opportunity’s twin, Spirit, which had landed on the other side of the planet just a few weeks before the Opportunity. This lander functioned well until 2009, when it suddenly got stuck on something on the landscape and ceased to transmit. These are just some of the numerous misfires with Mars exploration missions, with errors, malfunction, mishaps, freak accidents, and even craft that have just sort of vanished for no discernible reason. 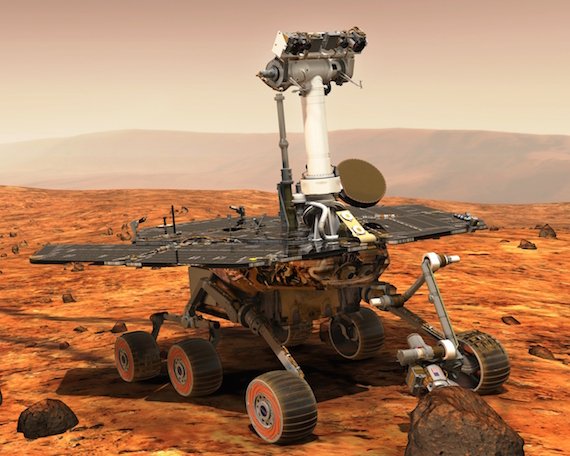 Of course this is not to say that every single mission has failed, as there are currently 6 orbiters in successful orbit around Mars and two functioning probes on its surface, the rover Mars Science Laboratory Curiosity and the lander InSight, and even the Opportunity mission was considered a success considering it had functioned far past its estimated lifespan before contact was suddenly lost. However, it is worth pointing out that it really is quite odd just how frequently failures have occurred considering all of the effort put into it all, with only one third of all attempts to reach Mars finding any appreciable success at all. This sheer number of failures versus successful missions is so pronounced that even the space agencies behind them have had trouble explaining why this should be.

Leave it to the media and Internet to pick up the slack. In 1997 there was an article published in Time Magazine by journalist Donald Neff, who jokingly suggested that the failures of the Mars missions were due to a nefarious alien creature he called the “Galactic Ghoul,” a space monster that basically runs amok attacking any probes that approach its home world. It was all meant to be in jest, but this got people to thinking that, while of course there wasn’t a literal enormous monster trashing Mars probes, could there be some force or presence on the planet that doesn’t want people snooping around? Is there maybe something that is trying to interfere with our efforts to photograph and explore the Red Planet? As absurd as this may seen, the idea has been picked up on many Internet forums, talking about the “Mars curse,” and the “Galactic Ghoul,” a stand-in for whatever presence does not want us there, and it has all become known as the Great Galactic Ghoul Theory, the idea that we are being pushed back and warded away. 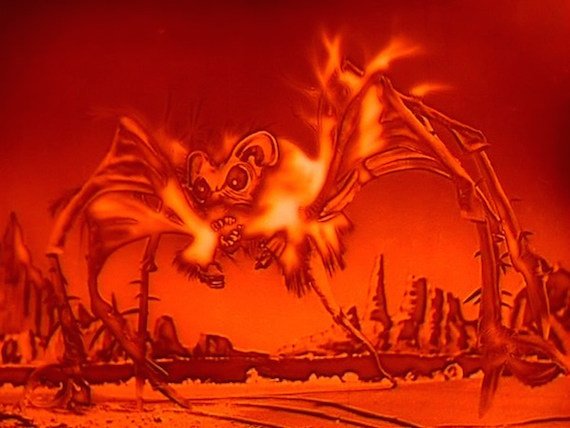 Of course the rational explanation for all of this is that these setbacks were all caused simply by the fact that with these vast distances involved, the sheer complexity and logistics of it all, and the wealth of opportunities for technical problems it only makes sense that Mars is not an easy nut to crack even with all of our modern technology. Is that what this all is? Is this just technical difficulties mixed with a little human error, or is there something that does not want us there? In the coming years we can be sure to expect ongoing efforts to put people on Mars, so it is obvious that they will need to iron these problems out, correct our horrible track record of exploring the Red Planet, and possibly keep an eye out for rampaging alien monsters.