The Demon Wolf of the Far North

There is sometimes a fine line between myth and real creature. Many of the animals we know of today were originally considered pure legend and Native accounts, yet managed to turn out to be very real indeed. In other cases, known animals have been so tied up with the paranormal that if one were not to know they actually exist one might take them to be pure fancy, judging by the stories associated with them. Is it possible that sometimes these legends and myths converge with reality? One possible case of this is that of a monstrous wolf of Inuit lore, which may or not really stalk the frozen wildernesses or the cold north.

One very fearsome creature of the folklore of the Inuit people of the Arctic is that of the “Demon Wolf” Amarok, also called the Great Wolf. This formidable creature has long been said by the Native people to roam the barren Arctic wilderness, much larger and more muscular than any ordinary wolf and often said to be a pure white in color or conversely pitch black, hunting down those who are foolish enough to travel alone by night. The beast is also said to prowl the wilderness picking off weak caribou or other animals, or sometimes roving around plucking up the souls from those who have displeased it. The Amarok always hunts alone, and there are various myths and legends about its exploits among the Native populations of Greenland, Alaska, and other areas of the far north. 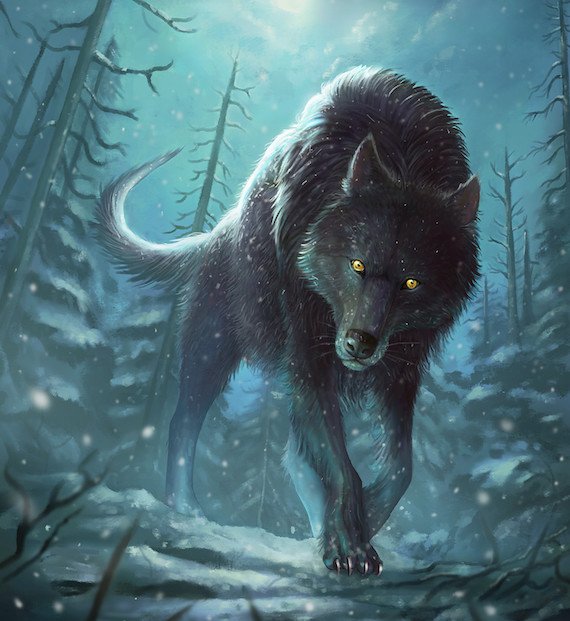 While this may all seem like pure mythology, there are occasionally reports of creatures who fit the same general description as the Amarok. One such report comes from the site The Paranormal Effect, from a witness who says he and his friend came face to face with something that might be the legendary creature. He says that he and his friend, Eric, had been out exploring when they came across some sort of monstrous, wolf-like beast. He says:

As we packed all of our stuff, both Eric and I noticed something slowly coming out of a bush about 150 yards north of us. Acting quickly, we dove silently into the fort. We sat there for at least five minutes. It was the size of a large wolf, but dark black with long, large, white claws. It did not look like anything Eric or I had ever seen before – nothing we could compare it to. As it vanished from our sites, we cautiously started back. We made it out of the forest where we came to an abandoned house. We did not plan on stopping, but noticed that about 100 yards on the path the creature was standing on all fours looking at us. We stood paralyzed as it slowly walked toward us. All of a sudden it stopped. We got a good look at it. It had dark yellow eyes and not one look of mercy on its face and a row of bright white teeth showed. All of a sudden, we heard a noise behind us. We quickly turned around to see a doe and a fawn running out of a thorn bush. We turned around and the creature was gone. Seeing the chance, we ran home. We made it home, but not one memory of that animal will ever leave my mind. We have not seen it since then.

In 2011 there was also a strange account from a group of three hunters, who set up camp at Denali National Park and Preserve in Alaska, and were having a good time around the fire when one of their party went off into the trees to relive himself. Not long after this, the two who had remained at the fire reported that they had heard screams and the sounds of gunfire and what sounded like a prolonged howl. When the friends went out to go see what was going on, they claim that there had been no sign of the missing man, but they do say they saw a very large creature that looked like a vast bear with canine features circling about in the trees. As for the victim himself, his remains have supposedly never been found. Could this have been the legendary Amarok, or was it something else? Who knows? 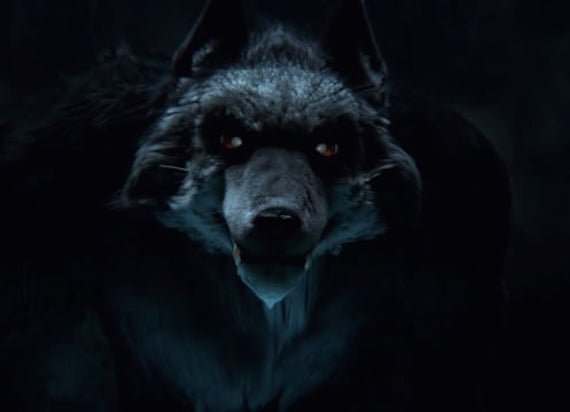 In another case from the same area, a woman out taking her dog out for a walk came across the badly mutilated remains of an animal, after which she heard a howl and saw what she says was a massive creature of about 900 pounds crashing through the brush, which she at first took to be a bear but turned out to have distinctly wolf-like features. Such reports have filtered out from the far north for some time, and one wonders if they lend any credence to the Amarok, or at least something like it, being real.

There has long been speculation among the cryptozoology community that the legends of the Amarok could have their basis in fact. One candidate is a cryptid commonly referred to as the Waheela, which is an enormous, heavily built wolf-like creature said to prowl the wilds of Alaska and the Northwest Territories. These creatures are also said to have a prominent place in Native legends, and they are known for their propensity for removing the heads of their victims. This might all be explained as perhaps a surviving population of the “dire wolf,” (Canis dirus), an extinct species of gigantic wolf that lived during the Late Pleistocene and Early Holocene epochs (125,000–9,440 years ago). It could also possibly be an ancient, extinct dog-like predator called an Amphicyonid, also called a “bear-dog,” which inhabited the earth from the Middle Eocene sub-epoch to the Pliocene epoch 42—2.6 years ago, or an extinct form of hyena called the Hyaenodon. Is there some sort of mysterious wolf-like creature roaming these frigid badlands, and if so what is it? Or is this all just pure legend and folklore? The mystery remains.