The Mysterious Lake Monster of Turkey

Sprawled out just south of Mount Ararat in Eastern Turkey is the country’s largest lake, called Van Gölü Canavarı, or more commonly just Lake Van. It is an impressive body of water, covering a surface area of 3,775 km, 119 kilometers across its widest point, and with a maximum depth of 451 meters, and it also is known for its rather unique qualities. It is one of the largest endorheic lakes in the world, subject to massive fluctuations in water levels, and despite is vast amount of water, its extreme alkaline, carbonate, and salt levels make it largely devoid of any large aquatic organisms, with the only known fish here being a type of chub called the pearl mullet, which feeds on the generous amounts phytoplankton zooplankton found here. However, if reports are to be believed there is something much larger that also calls this place home, often reported as being a reptilian beast around 50 feet long, with mottled skin and spikes, spines, or triangular humps present on its back.

Stories of something strange inhabiting Lake Van go back centuries. It has been speculated that tales of “water dragons” from Armenian folklore called Vishaps have been present here for centuries, and there is apparently a church on a lake island called called Akdamar Island that carries an engraving of one of the creatures in the lake dating back to 915 AD. However, perhaps the earliest documented news report of something bizarre lurking within Lake Van comes from the Ottoman Period, when in the year 1889 three men were on a journey through the area on their way from Tatvan to Ahlat and stopped to rest and set up camp at the lakeshore, at the time undoubtedly not expecting at all what was to happen next.

According to the report, which was carried in the Ottoman newspaper the Saadet News, at one point they made their way to the water’s edge in order to wash their hands, and as they did an enormous and very fierce monster came surging up from the depths to attack them. The beast allegedly grabbed one of the men and began to drag him into the water, and although the others tried to fight it off with fire they were unable to overcome its immense strength. The creature purportedly thrashed wildly and let out an ear piercing shriek before bolting under the waves with its still screaming victim, the body of which was never found.

It seems the monsters of Lake Van were then banished to obscurity for years, with only sporadic unconfirmed sightings, until they hit the public consciousness again in the 1990s with a series of high profile sightings. On November 2, 1995, the Daily Telegraph printed an article saying that the Turkish provincial deputy governor himself claimed to have seen it. According to the article, this sighting was enough to launch a full search for the beast, with the paper saying:

Turkish authorities are sending investigators to the country's largest lake to look for what witnesses have described as a dinosaur-like monster. A parliamentary commission has agreed to send a search party designed to unveil Turkey's version of the Loch Ness Monster, after the provincial deputy governor claimed to have seen it.

There were numerous other sightings that followed in quick succession, and in 1997 one man stepped forward with what he claimed to be revolutionary video footage of the creature. University teaching assistant Unal Kozak claimed to have been fascinated by the Lake Van monster for years, frequently interviewing eyewitnesses and setting up cameras at the beast’s favorite haunts in the hopes of catching something on film. In addition to compiling around 1,000 witness reports, he also claims that he has captured the creature on film on three different occasions. The most widely released video was one shown on CNN, which shows something moving about in the water and even what seems to be its head poking above the water, exposing what looks like a beaked face, breathing hole, and eyen its eyes.

This piece of footage has apparently been analyzed by experts and is widely touted as the real deal, but at the same time it has drawn its fair share of controversy and skepticism. The subject of the odd video has been claimed to be everything from a clever fake, to a hippo or elephant in the water, to a giant squid or even just a pile of floating debris being dragged along. You can see the video here. What do you think it shows?

Of course with all of the publicity generated by the presence of a purported monster in the lake there have been other attempts to find the creature as well. In 2006 a Japanese expedition was carried out by the magazine Shosetsu Tendai, which also claimed to have caught something very large swimming under the surface on film. In 2009 there was also an investigation carried out by the TV show Destination Truth, with host Josh Gates and crew exploring the lake with scuba divers and even spending the night on Akdamar Island without much luck, and the Van Lake Monster has also been the focus of an episode of the Australian cryptozoology TV show Animal X.

Theories on what the Lake Van Monster could possibly be have ranged far and wide. For some this is evidence of some sort of prehistoric surviving dinosaur living in the lake such as a mosasaur or plesiosaur, a prehistoric species of whale, or at the very least some new species of large aquatic animal or even a giant squid, however, experts have expressed doubts that such a creature could survive here or have even gotten there to begin with. After all, the soda-like, high alkaline water is not conducive to it, the lake has never been connected to the sea, and one biology professor at Ataturk University in Erzurum, Orhan Erman, has bluntly said, “It is simply not possible for a creature of the size claimed by witnesses to live in a closed lake like Van.” Many skeptics point out that it is far more likely that this is a hoax and publicity stunt designed to attract tourists to the remote, largely economically challenged region. 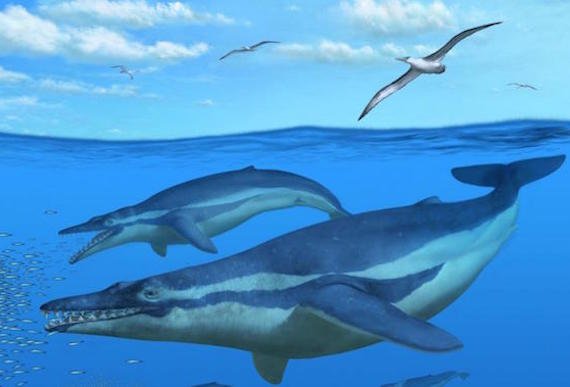 Whether there is a monster there or not, people searching for it have nevertheless discovered other oddities down in the murky waters. In 2019 t team of researchers from Turkey’s Van Yüzüncü Yıl University were looking for the monster when they found instead a 3,000-year-old castle submerged at the bottom. The enormous castle is incredibly well preserved by the alkaline water, measures 1 mile around, and is thought to have been built by the Urartu civilization, also known as the kingdom of Van, of the 6th to 9th centuries BC. The same team also uncovered a sunken Russian ship that had vanished in 1948, as well as a unique 2-square-mile array of stalagmites called “Fairy Chimneys,” and an ancient underwater graveyard from the Seljuk Era, pretty much everything except the actual monster they were looking for but interesting all the same, and showing that the lake has plenty of mysteries whether the Lake Van Monster is real or not.