The Strange Adventures of a Nazi Holy Grail Hunter

In the realm of fiction and film, there is no other baddie quite like the Nazis. They are a constant feature as villains, most notably in the Indiana Jones series of films, and they are well known for their dabbling in the occult and paranormal. One of the targets of Nazi acquisition really was the Holy Grail, and at one point they put in great resources and efforts to find it, as far as we know unsuccessfully. One of the avenues of this quest was the recruitment of a man who is a legendary source of knowledge on the Holy Grail, and who against his wishes would be ushered into their quest to find it. Here is a tale of adventure, the search for Holy relics, and Nazis.

The man named Otto Wilhelm Rahn had a pretty colorful life, to say the least. Born in 1904 in in Michelstadt, Germany, he studied at the prestigious University of Giessen, during which time he became fascinated by European myths and legends and went on to become a prominent author, philosopher, historian, and medievalist. He was especially known as rather an expert on the Cathars, who were a sect of Christianity based in southern France, and who rejected the corruption and excessive lifestyle seen within the Catholic Church and raged against them. Catharism was a prominent feature of the landscape at one point, accruing quite a bit of a following before they were branded heretics and ruthlessly massacred and utterly wiped out by the 13th century Inquisition.

By all accounts, Rahn was absolutely obsessed with the Cathars, and spent a lot of time focusing his research on them, traveling to France in the 1930s to examine their ruins and writing extensively about them. It was through his research on the Cathars that he would develop a new obsession. During his study of the Cathars he became convinced that they had actually been the last custodians of the legendary Holy Grail, the cup which Christ was said to have drunk out of as he was dying on the cross. He believed more and more strongly that through the history of the Cathars the true resting place of the mysterious lost Grail could be ascertained, and he was sure that there was a link between the Knight Templar Wolfram von Eschenbach's epic poem Parzival and the final resting place of the Grail, with clues to the answer buried within its words.

Indeed, Rahn was was fairly convinced that he had even figured out the Holy Grail’s location, putting it under the remote Cathar mountain fortress of Montsegur, in the French Pyrenees mountains. To this end he spend quite some time searching the ruins, grottoes, caverns and caves of the area for the Grail, with the help of the French mystic and historian Antonin Gadal, and although he was unsuccessful he did manage to uncover a hitherto unknown network of underground caverns replete with imagery etched upon the walls from the Cathars and the Knights Templar. Rahn would write a sprawling tome on his ideas and the Holy Grail, as well as how it was linked to the Cathars, called Kreuzzug gegen den Gral (Crusade Towards the Grail) in 1933, which was so influential, widely read, and at the time considered to be the best source on the Holy Grail, that it caught the attention of none other than the head of the Nazi SS, Heinrich Himmler.

Himmler was well-known as being rather fascinated by and involved with the occult, and pretty much any Nazi scheme involving the paranormal has him at the center of it or at least involved to some degree. At the time the Nazis were very interested in finding the Holy Grail, and considering the clout that Rahn had with his book and research on the matter, Himmler personally approached him with an offer to grant him funding beyond his wildest dreams for him to continue his work. The only catch? Well, they were Nazis, and not only was Rahn part-Jewish on his mother’s side, but he was also openly gay, both things that did not really mesh with the Nazi ideals, and he was also rather anti-Nazi to begin with. Still, money was money, Rahn was more thrilled about continuing his work than he was disgusted by the Nazis, and accepted, first joining as a civilian and going on to eventually become a full member of the SS in 1936, moving up the ranks rather quickly. 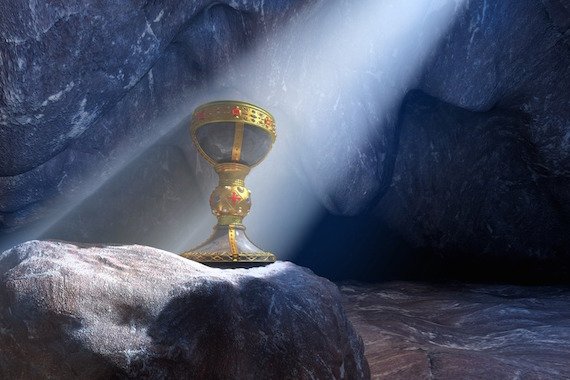 Rahn would then embark on a journey that would take him all around Europe looking for the Holy Grail, including Germany, France, Italy, and even as far away as Iceland. During this time he penned another tome on his search for the Grail, his 1937 work Luzifers Hofgesind (Lucifer's Court), which chronicles his searches for the Nazis, and which Himmler loved so much that he personally bought 500,000 copies to be distributed amongst his men. Despite all of this, Rahn was having no luck actually producing any results or finding anything, which was a bad sign when you had the Nazis breathing down your neck. Shortly after this, things would begin to unravel quite quickly for the top Nazi Grail hunter.

It started with Rahn being caught in a homosexual encounter with another man, which contributed to him being removed from his position as Grail hunter and reassigned to guard duty at the Dachau concentration camp in 1937. Here he was fully confronted with the horrors of the Nazis, a cold slap to the face which made him quite ill and caused him to seriously question where his loyalties lie. There was also the fact that he had been holding out hope that he could somehow change the way things were being run, and according to the book Emerald Cup, by  Col. Howard Buechner, Rahn was seeking a transformation of the landscape of Europe, saying:

Let it be known that he opposed the war for which Germany was obviously preparing in 1938. In place of war, he believed that Germany and then Europe, should be transformed into a community of 'Pure Ones' or Cathars. In other words, Rahn's long association with the history of the Cathars and their unjust persecution by the church and the throne of France, had led to his conversion to the Cathar faith. He was also proposing a 'New Order' in which the states of Europe, and perhaps all other nations, would adopt the Cathar beliefs in the interest of world peace. 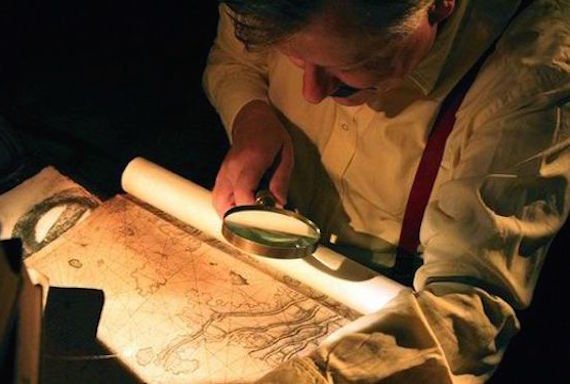 In 1939, Rahn got up the courage to resign from the SS and tried to leave the Nazi’s behind him, although he did not realize at the time that it was not that simple, and that you can quit the Nazis but they never quit you. Not long after this withdrawal, Rahn was found dead, frozen in the snow in the mountains near Söll, in Austria. It is intriguing that the date of his death, March 13, 1939, coincides with the anniversary of the fall of Montségur, when the persecuted Cathars had been systematically slaughtered and executed, their last stand. The death was officially ruled a suicide, although no one can quite figure out why he would have been up on that remote, isolated mountain, and the mysterious death has spawned conspiracy theories ever since. Some believe he was murdered by the Nazis, others think he was trying to make a statement, while still others believe that it wasn’t Rahn at all found up there in the snow, but rather someone else, with him going on to begin his life anew.

Whatever the case may be, Otto Wilhelm Rahn made an indelible impression upon the history of the search for the Holy Grail and the history of the Cathars. His quest to find the Grail and his adventures are such that he is even often cited as being the real life inspiration for the movie character Indiana Jones. We may never know what motivated him to join such an organization that he disliked so much, or truly how he died or even how close he was to finding the Holy Grail. Yet his legacy will live on, and will continue to be a historical oddity of adventure, obsession, and of pure Nazi insanity.

Google is Afraid of Losing Control of Its DeepMind AI