There was a time in our history when demons roamed the earth. It was a time when even the most educated believed there were sinister supernatural forces lurking among us, while the uneducated huddled in their darkened homes at night, fearful of the witches, warlocks, demons, and spirits that prowled their world. From this age of superstition and myth, this era when monsters were very real to the people who feared that dark unknown, come many strange stories of encounters with demonic forces. These are stories of magic and monsters, taken as real at the time, and one such odd account has managed to be rather persistent over the centuries is a tale of a humble peasant woman, her Devil lover, and her demon cat baby.

For this strange tale we go back in time to the year 1569, where in Leicestershire, England, there lived a woman named Agnes Bowker. There was nothing particularly remarkable about the then 27-year-old Bowker, the humble daughter of a butcher who worked as a family servant at an estate, and she may have remained a nobody lost to history if it weren’t for a series of very bizarre events that would unfold. It began when Bowker suddenly became pregnant, a sinful situation as she was not married at the time, but this was apparently the least of her worries. On January 17th, 1569, it was reported that Bowker had given birth to some sort of cat-like monster, and the news at the time spread like wildfire, whispered under the breath of fearful locals. After all, this was an era in which myths and magic were very real, demons and the devil a very present threat, and superstition ran rampant. Many locals feared that the creature was a demonic abomination from Hell or a portent of incoming catastrophe, and Bowker did little to calm these fears, claiming that it was the child of some shapeshifting supernatural creature, which she had had sexual relations with on several occasions. David Cressy says of this in his book Travesties and Transgressions in Tudor and Stuart England: Tales of Discord and Dissension:

She now said ‘that a thing came unto her as she was in bed and lay the first night very heavy upon her bed but touched her not. The next night she saw it and it was in the likeness of a black cat. By the moonlight it came into her bed and had knowledge of her body’ on several occasions. 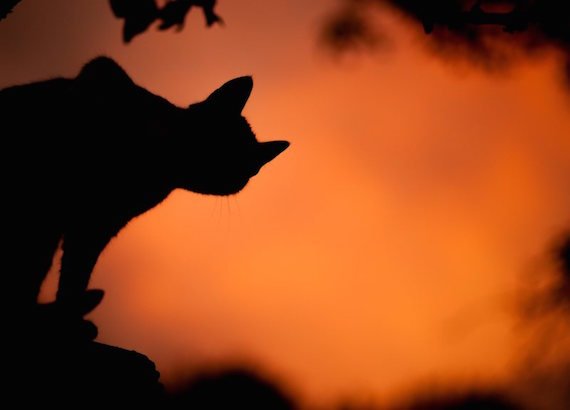 Word of the anomalous birth made it all the way to Queen Elizabeth's Privy Council and the Bishop of London, and rather than being written off as a hoax, the birth was actually seriously investigated. Among the first to be questioned on the incident were Bowker’s midwives, who were allegedly present at the birth, and amazingly they seemed to support the woman’s wild claims. One of the midwives, named Elizabeth Harrison, claimed that she had seen the alleged father of the creature, which she described as “the likeness of a bear, sometimes like a dog, sometimes like a man,” and explained that six other midwives had been present for the ominous birth. Another midwife named Margaret Roos claimed that, while she hadn’t actually seen the baby, it had “pricked” her with its claws while still in the womb, and although none of them had seen it actually come out of the body, it was claimed that they had gone to fetch what they needed for the birth and come back to the room to see the monstrosity on the floor at Bowker’s feet. Making it all the more bizarre is that Harrison also testified that Bowker had told her of meeting a woman in the countryside who had cryptically told her the portent that she would give birth to a beast called the “Mooncalf.”

In the meantime, other witnesses were also questioned, including townsfolk and clergy, and there was even a body produced that was claimed to be the foul creature itself. Some local men claimed to have actually dissected it and examined it to find food and straw within its stomach, and in their opinion it had just been a regular cat. They even accused Bowker of having stolen a neighborhood cat in order to pull off a hoax. The Archdeacon’s Commissary, Anthony Anderson, was able to examine the cat himself, and not only made sketches of it, but also compared it with a normal cat. Anderson would come to the conclusion that the supposed “Bowker’s Cat” was just a normal cat, saying “It appeareth plainly to be a counterfeit matter; but yet we cannot extort confessions of the manner of doings.” Indeed, the Bishop of London, Edmund Grindal, would also concede that this was likely a hoax, but also admitted there was no way to prove it either way. London physician William Bullein would express doubts as to the veracity of the whole tale as well, but there were still plenty of scared people who believed it all. 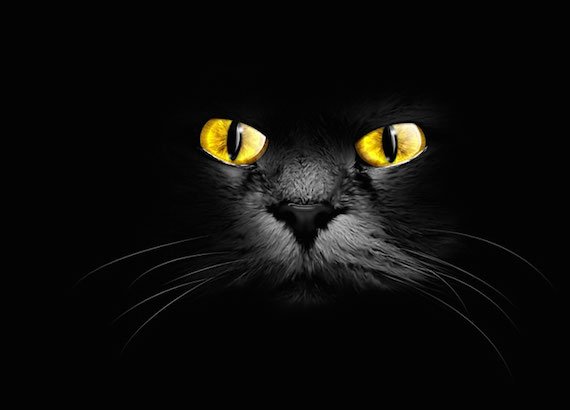 This expert opinion seems to have cast some doubt on the veracity of the whole story, and it did not help that Bowker seemed to be increasingly derailed, telling all sorts of conflicting stories. Sometimes she would expound on her night time visitations with a shapeshifting demon, at other times she said that she had been told to marry the Devil by a schoolmaster who had sexually abused her repeatedly, and that the demon had come to her in the form of a “greyhound and a cat” sent by him. Even the whereabouts of the baby were inconsistent, with Bowker at one point claiming that the child was being nursed at Guilsborough, and at another time saying that it had been stillborn, while still on other occasions she said that she had no memory of the actual birth, only being told after the fact by her midwives about the monstrosity that had come forth from her womb.

However, even when the whole case was brought before a special ecclesiastical court in front of the Archdeacon of Leicester Bowker, her midwives remained adamant that the whole surreal story of the cat monster and the demon father was true. The case even went to a secular court, and one thing no one could ever figure out is just what had happened to the actual baby, because demon cat or not, it was widely known that Bowker really had been pregnant. It is unknown to this day whether it had been stillborn, as she often claimed, or whether it had really been sent away to be nursed, as she also claimed. It was also suggested that she may have killed her baby, not necessarily because it was a cat, but because she sought to escape the grave stigma of having a child out of wedlock. Of course there was also a contingent of people who believed that she really did have the cat abomination, and that the one that had been dissected was not the real one at all, although where it had gone was anyone’s guess. Whether there was anything supernatural or not going on here, a lot of people of the time believed there was, and Cressey would write:

It mattered little whether Agnes gave birth to a bastard or to a beast, or whether she had murdered her baby; but it became a matter of public concern when people saw threatening portents in this apparent violation of nature, and when credulous Catholics gained ground by exploiting a dubious story. Abnormal births and bestial instrusions were shocking reminders of the unpredictability of the universe and of the power of hidden forces to subvert everyday routines. At times of crisis they assumed political dimensions, as augeries of ‘alterations of kingdoms’ and portents of ‘destruction of princes.’ It should come as no surprise, then, to find the government attempting to control or neutralize such reports in 1569.

In the end, Agnes Bowker was not found guilty of any crime, but that is about all we know about her life after that, and as soon as all of the court cases and investigations were over she just sort of evaporated into history. Regardless of what happened to Bowker, it is all rather fascinating and testament to the absurd weirdness of it all that her story has managed to remain talked about and remembered centuries later. Such is its utter bizarreness and its unique nature of having been given so much investigation and court time by the highest officials of the time that it has become nearly legendary. What happened to Agnes Bowker? Was this a wild tale spun by a possibly mentally unstable woman trying to escape the shame of a child out of wedlock, mixing with a mass hysteria fueled by the superstitions and fears of the supernatural at the times? Or did she really give birth to a demon child? Indeed, what happened to the child, demon or not? Why did the authorities spend so much time and manpower on this case? These are questions for which we will not likely find answers to, and the bizarre case of Agnes Bokwer’s cat manages to remain an intriguing historical oddity.