One of the most famous and mystical events associated with the El Castillo or Temple of Kukulcan pyramid in the ancient Maya city of Chichen Itza is the light show known as the Descent of the Plumed (or Feathered) Serpent. Occurring only on the Spring and Autumn Equinoxes, up to 100,000 people have been reported to gather at the pyramid to watch for the moment when sunlight hits it at the proper angle to create seven triangles of light moving from top to bottom for just 20 minutes (see a video here). This obviously well-planned feat of engineering and placement was made to honor Kukulkan, the Maya snake (serpent) deity. The light show alone is enough to enthrall the equinox crowds, but this year’s event had something unusual that many considered to be a sign of Kukulkan’s anger with … something. Less that 24 hours after the 2019 Descent of the Plumed Serpent, a small tornado appeared on the steps. A coincidence? A sign? Of what?

“March 22, 2019, during a visit to the ruins of Chichen Itza, in Yucatan, a small tornado occurred before the visitors, who were afraid and said “Kukulkan is angry”. The spectators pointed out that this event was very strange considering that it happened after having lived the day of the spring equinox. About 14,000 people, including domestic and foreign tourists, came to this ancient Mayan city to witness the archaeo-astronomical phenomenon of the spring equinox.” 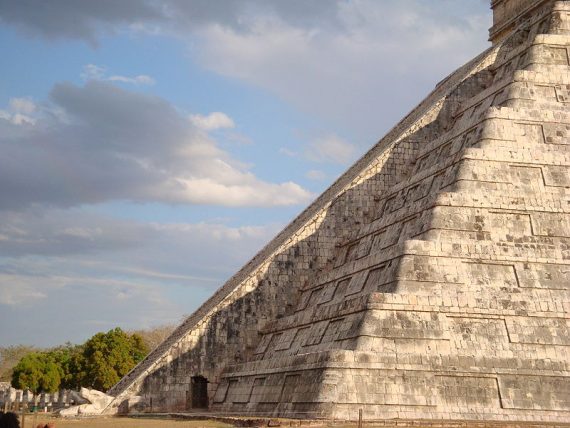 That was a small crowd, reported by Cognito and other media sites, on what looked like a beautiful to watch the Descent of the Plumed Serpent. Perhaps a premonition of possible danger kept them away? While dust devils are a normal and generally harmless weather phenomena in the area, they can reach more than 10 meters (33 feet) wide and 1 km (.6 miles) in height with winds up to 75 mph (120 km/h). This one (as seen in the videos) was tall but did not seem to be physically dangerous – a man was seen walking through it – but that didn’t reduce the fear, because of its close proximity and timing to the temple and the descent, that it was a sign from Kukulkan, and the gods don’t generally send signs when they’re happy, do they? What could be bugging Kukulkan?

“Kukulkan” refers to both the serpent god and a ruler or priest of the same name who lived around the 10 century CE and their stories have murkily merged together. One origin story is of a boy born as a snake and cared for in a cave by his sister until he grew into a giant plumed serpent that flew into the sea, causing an earthquake. Followers to this day believe Kukalkan lets his sister know he’s still alive with an earthquake every July. Other stories have the serpent flying to the sun and possibly becoming its pet or flying in front of the rain god, making it a good weather predictor, especially with its tail stirring up winds. 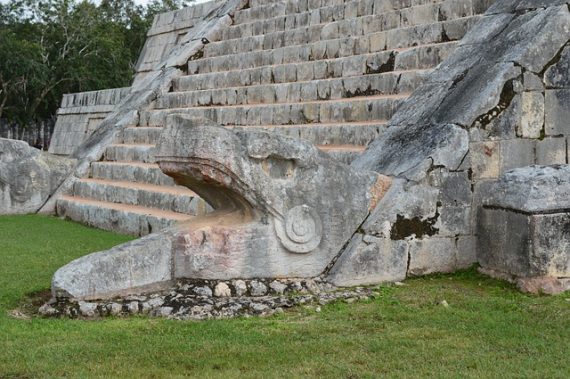 Which brings us back to last week’s small tornado/big dust devil after the Descent. Was this a sign or weather, of anger or just a coincidence? Whatever you believe, it should not take away from the impressive design feat that brings the Descent of the Plumed Serpent.