UFOs Return to Peruvian Airport and Hover for Almost an Hour

There’s something about the Jorge Chavez International Airport located in Callao, just 11 km (7 mi) from Lima, Peru, that seems to attract UFOs. There have been a number of sightings there in recent years, including two different incidents in 2017 that reportedly forced the airport to close and turn away incoming flights. The latest occurred this week when two UFOs were spotted by airport staff, who submitted a report showing the objects hovered over one runway for just under an hour. Is Jorge Cavez the UFO equivalent of the perpetual holding patterns over the Atlanta airport?

That’s from an official report submitted on February 27th by airport control tower employees of CORPAC (Peruvian Airports and Commercial Aviation Corporation), the private company which provides air traffic control services to the airport. According to translations, the report states that a number of pilots saw the UFOs or UAPs (Unidentified Aerospace Phenomena) and they appeared on radar shortly before disappearing. (Multiple photos here and here. Photo of the report here.)

"Since yesterday, Wednesday 27, it has already been confirmed from CORPAC , with an official document, the presence of two Unidentified Aerial Phenomena (FAN), which have been positioned on runway 33 of Jorge Chávez International Airport , and has been seen - among others- by the ground crew of two planes that covered the route Lima-Córdoba and Lima-Quito.”

Peruvian ufologist Anthony Choy is conveniently based in Lima and, while he didn’t witness the UFOs themselves, confirmed the validity of the control tower report. He also pointed out in an interview that:

" … in these 19 years that I have been investigating these issues, it is the first time that there is an official report, it is a fact without comparison in our country.”

“Official” is the key word in that comment, since there was a sighting of 12 UFOs at the same airport on February 12th, 2017, that halted all flights for three hours. However, there was no official report on that one and the media didn’t cover it until internal CORPAC reports were obtained somehow by ufologist Mario Zegarra, who leaked them to the press. A second UFO incident at the airport on February 7th was also leaked to the media.

As expected, the number one speculation about the 2019 UFOs is drones. If that’s the case, they’re probably not civilian drones because of the altitude (9,000 ft., 1.7 miles, 2.75 km) and the amount of time they were able to hover motionless (at least 42 minutes with some reports saying it was more like an hour). Also, a large international airport like Jorge Chavez – which handles 22 million passengers per year – would have at least called in the military or local police if the facility was truly shut down by personal drones. 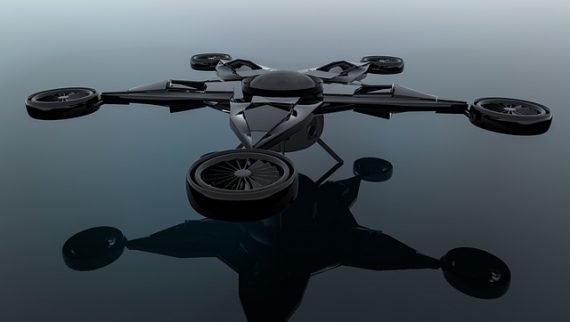 That leads to the question … were they military drones? There’s no doubt military drones could handle the altitude and time aloft. It might also explain why the military wasn’t called in to deal with them. Was it a training or emergency exercise? That might make sense, considering the sighting occurred during the low-activity middle-of-the-night time period. It could also explain why it was kept quiet – did the exercise show flaws in the airport’s response system?

If not drones, military or otherwise, could it be … aliens? Why would aliens hover over an airport in Peru when the nearby mountains are full of cattle to mutilate and mines to steal silver and copper from? The report and the photos do not show flashing lights or other spacecraft indicators. A closer look at the radar image might give some clues, but it doesn’t seem that anyone asked for those.

Clouds May Eventually Disappear, Causing Earth To Heat Up Dramatically