I have in my files more than twenty reports from people who claim to have seen black helicopters flying in complete silence, no less. If that was not weird enough, in most of those same cases the helicopters did something astounding and almost unbelievable. What that might have been? Well, I'll tell you. Those same 'copters morphed into (A) the shapes of classic 1950s-era flying saucers, (B) small balls of light, and (C) large, blinding balls of light. Such reports stretch credulity to the absolute max; even I have to admit that much. But, such reports are surprisingly widespread within the field of Ufology. You just need to know where to look for them. So, what on Earth is going on? I certainly don’t have the answer to that question, but, here is one such case, from my files, which dates from February 1982. It absolutely typifies the angle of the silent, shape-shifting helicopters:

The town of Dulce, New Mexico has become infamous in UFO circles, chiefly because it is said to be the home of a massive underground base. It is alleged to be manned by hostile, dangerous aliens who engage in nightmarish genetic experiments on human abductees. So the sensational and highly unlikely story continues, the U.S. Government knows all too well what goes on under Dulce, but lacks the sufficient power or ability to eject or destroy the alien hordes. That there has been an undeniable mass of so-called cattle-mutilations in the area is an issue which cannot be denied. Certainly, the FBI has declassified a sizeable number of reports of such mutilations from the very same area. There is good evidence to suggest that the Dulce tales were created by disinformation experts in the military. That doesn't take away the fact, though, that high-strangeness and Dulce go together, hand in glove. They certainly do. 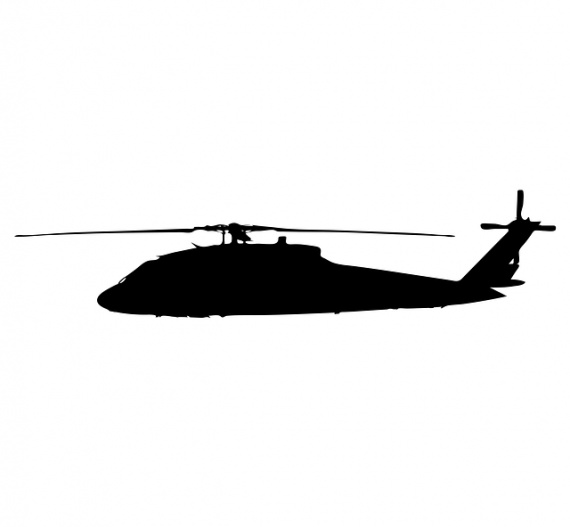 All of this brings us to that February 1982 story of a man named Bruno. On the day in question, he saw a squadron of black helicopters hovering over Dulce’s Archuleta Mesa – below which, so the story goes, the extraterrestrial installation is carefully hidden. As Bruno watched with amazement, the helicopters - yes, each and every one of them - inexplicably morphed into bright balls of light. It was a jaw-dropping situation which led Bruno to conclude that the E.T.s of Dulce can camouflage their craft to resemble our aircraft; thus ensuring that, for the most part, they are never seen by us for what they really are.

Another answer, of a very strange sort, has also surfaced. Back in 2007, I interviewed Ray Boeche, a priest and a former Mutual UFO Network (MUFON) State-Director for Nebraska. In 1993, Ray met with a pair of U.S. Department of Defense physicists who, at the time,  were working on a classified program to contact what many of us would call aliens. The program, however, referred to them as something very different: as Non-Human Entities, or as NHEs. As the project continued at a steady pace, and as runs of bad luck, ill health and even death blighted the research, the members of the secret group came to believe that the NHEs were not E.T.s, after all. Rather, they concluded they were dealing with literal demons from an equally literal Hell. In 1994,  one year after Boeche's meeting, those same two DoD physicists stated the following: “Regarding the phantom helicopters, while many are direct NHE ‘productions’ (craft is not an appropriate term as they do not need to travel via a propulsion device) many are related to our program, especially regarding running checks and surveillance on mutilation sites and so-called abduction victims.” 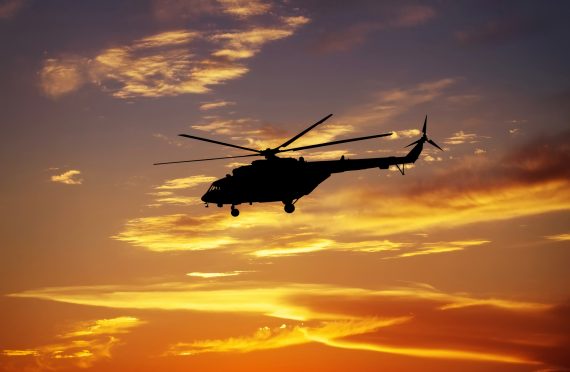 It's very difficult to understand (partially or completely!) what is afoot when it comes to the matter of silent, shape-shifting helicopters of the black variety. All I can say for sure is that despite the infinite weirdness that surrounds such cases, the witnesses are highly credible. They are genuinely mystified by what they have seen. All they want are answers. So far, there are no verifiable answers at all. Unless, that is, you buy into the claims of those two Department of Defense personnel who briefly surfaced in the nineties to give their views on the matter. The creations of supernatural entities? Of aliens? Of demons? Or, of the U.S. military, employing highly advanced "stealth"-type technology? All of those? Who knows? I can say something: that this is an all too real phenomenon, despite the fact that most people will probably ignore it or dismiss it out of hand. Unless, of course, those same people one day become exposed to the matter itself. Then, things take on a whole new angle. And a new appreciation of the morphing, silent mystery, too.

Mysterious Killer Whales Spotted Near Chile May Be New Species