A Famous UFO Case? Or, a Military Test Gone Wrong?

On October 5, 2015, here at Mysterious Universe, Micah Hanks wrote an article titled "The Cash-Landrum Incident: Was a Nuclear Aircraft Involved?" Micah's article began as follows: "Of all the best-known and often reviewed UFO cases of the last few decades, many would contend that one of the most puzzling had been the Cash-Landrum incident, which occurred near Dayton, Texas on 29 December, 1980. The story, well known in UFO circles, involved two women: Betty Cash and Vicky Landrum, as well as Vicky’s grandson Colby, all of whom purportedly observed an unusual, very bright source of illumination over a country road on the night in question. After seemingly hovering above the highway for several minutes, the strange object was surrounded by a group of helicopters in tight formation, and removed from the area, according to the witnesses."

As Micah's feature demonstrated, there are good reasons to suspect that the cause of the still-controversial affair was not due to the presence of a UFO - as many people conclude (or who may want to believe). Rather, the vehicle may have been a prototype nuclear-powered vehicle built and flown by the U.S. military. Micah's article focuses on a lot of thought-provoking data, all of which points in that specific direction. There is a good reason I mention all of this today: another source claimed to have been given information that also supported this particular down-to-earth theory. That source was the late Tom Adams, who spent a lot of time from the 1970s onward investigating matters relative to black helicopters and cattle mutilations. Adams' connection to the December 1980 incident is not that well known, which is why I have decided to highlight it for you today. 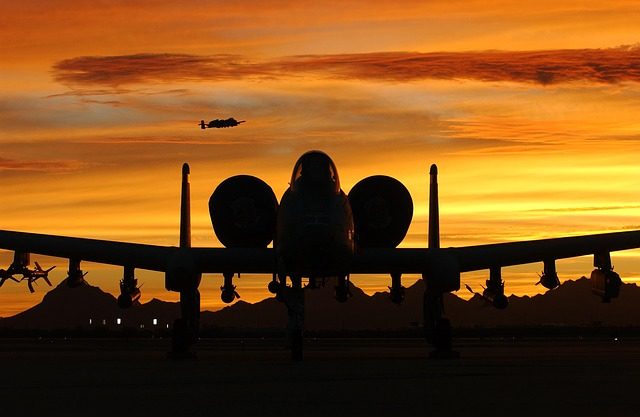 It was while he was digging deep into stories of those aforementioned mutilations and strange helicopters that Adams came across an intrigue-filled story. On one occasion, Adams had the opportunity to speak with a man that Adams referred to as "Tony." Yes, and before anyone quickly brings the matter up, I fully realize that relying on sources who use aliases is hardly something that can be said  to be preferable or ideal. Sometimes, though, that is just how it goes. And particularly so when it's the source who is calling all of the shots. That was exactly the case when it came to the matter of Tom Adams, Tony, and the 1980 Cash-Landrum incident. Tony - a military helicopter pilot - had spent time working at Fort Hood, Texas, and as a result had come across certain data on the infamous story.

According to the account told to Tom Adams by Tony, it all went down late one night, in December 1980. It was a night which Tony couldn't fail to forget, as it was just a couple of days after Christmas 1980. Tony and his colleagues were quickly ordered to take to the skies and head out to Huffman, Texas. All of the crews were told to keep a careful look-out for what was described by Tony as an "unusual aircraft." Rather significantly, the helicopter crews were also told to get as close to the craft as they possibly could, but without causing a disaster in the process. Incredibly, at one point the pilots were told that, if it came to it and there was no alternative, they should try and force the aircraft to the ground, using the weight of the helicopters to push it down. Which, surely, would have been an incredibly precarious situation for the men to find themselves in.

Tony continued with his story and told Tom Adams that as they closed in on Huffman, they couldn't fail to see the strange thing in the sky. Tony stated that it was "throwing off sparks like a 4th of July sparkler." For around seven to ten miles they "shadowed" the object, after which an order came through to abort and head back to base, which, Tony added, is precisely what they all did. Only a few days later, Tony was given the full story of what happened that night - from a colleague at Fort Hood. The UFO was nothing of the sort. It was a prototype, nuclear-powered vehicle that had malfunctioned and which was in danger of crashing to the ground. Fortunately, the glitch was eventually rectified and the craft continued on its original course - hence the reason why the helicopter pilots were told to abort.

There may still be those out there who yearn for the craft to have been an alien spacecraft. But, what's more likely: a UFO from a faraway galaxy or an advanced craft of the military that malfunctioned at just about the worst time possible? My money is on the second scenario.

New Device Appears to Defy the Second Law of Thermodynamics