Those who complain about UFO pictures being blurry and too far away to identify can’t say those things about a set of photos taken by two men in the Macedon ranges of Victoria. The photos and selfies are right up on top of what they claim is UFO wreckage and everything, including their can of beer, is clearly visible. What’s cloudy now is what exactly it might be.

“One of them sent me these pictures of their friends who were out on motor bikes in the Macedon ranges where they came upon a crashed UFO. They took some pictures that I am sending to you.”

‘You’ in this case is MUFON and the case is #99500, which can be viewed on the UFO Stalker website. Obviously, the report is not by the actual witnesses/photographers and it was submitted two years after the alleged discovery.

“They called some friends and told them they would come and pick them up to show them the object. When they returned a few hours later the site had been cleaned and there was no remains of the object. There was some police barrier tape but everything else was gone. They did take some pictures with their phones before and after.”

The MUFON post was picked up by intrepid UFO watchers TexasUFOs, who uploaded the pictures to their website and social media pages, where skeptics centered on the idea that the alleged debris looked like it was from a movie set. That’s entirely possible, since Mount Macedon (the name of the town and the mountain it sits at the foot of) has been used by some film crews – most notably for scenes in the 2009 sci-fi film “Knowing,” the 2010 horror film “Don't Be Afraid of the Dark,” and the 2009 fantasy “Where the Wild Things Are.” However, those scenes were shot four years before the alleged UFO wreckage was discovered – enough time for it to deteriorate (movie sets aren’t made to last) or be vandalized.

The Macedon is also just a few kilometers from the location of Hanging Rock, the famous geological formation that has strong spiritual and cultural significance to the Dja Dja Wurrung, Woi Wurrung and Taungurung tribes. This mamelon rock formation was formed by volcanic magma cooling in place rather than flowing, and the unique configurations this created include the Hanging Rock (a boulder suspended between other boulders, the Colonnade, the Eagle, a number of pareidolic faces on rocks and the … here it comes … UFO! (You can see the formations here.)

Of course, any reference to Hanging Rock brings up “Picnic at Hanging Rock,” the 1975 Peter Weir movie based on the book of the same name. Both center around the unsolved mysterious disappearance of three young girls on Valentine’s Day in 1900 that some believe could have been due to a UFO abduction or mysterious powers emanating from Hanging Rock. Some people have even reported seeing the ghosts of the girls in the area. What most forget because of the realistic style of both is that the book is a novel and not based on any historical event.

Yes, the movie was filmed at and around Hanging Rock, which brings us back to the UFO wreckage report and photographs. Texas UFOs found a video that leads them to consider it was from a TV series, but there’s no concrete proof that it’s a TV prop either.

Then there’s the “police barrier tape.” That’s the strangest part of this report. Why would the police be called out to remove an old movie set, and why would they cordon off the area with yellow tape? It doesn’t sound like the stuff was from a movie … or a picnic … or a picnic movie. Any ideas? 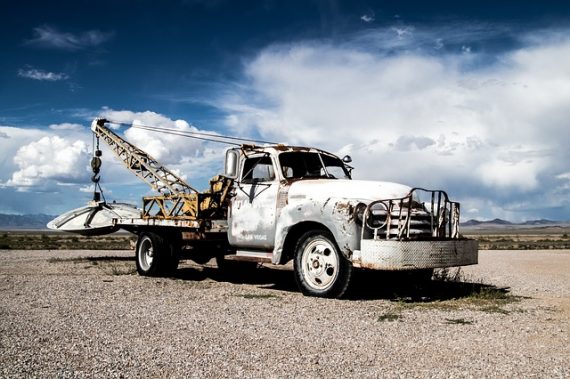 Whatever it was, this sounds like a great plot for a new movie in a beautiful location that’s cheaper for shooting than Hollywood. Wait a minute … could it be a cheaper location for alien movie crews too?