Ancient Whale That Walked On Four Legs Discovered In Peru

On the coast of Peru, researchers discovered the well-preserved bones of an ancient four-legged whale. Approximately 43 million years ago, the whale, which looked like a mixture of a rhino and a sea otter, had a narrow head, four legs with webbed feet and hoofed toes, and a long, muscular tail. That’s definitely a lot different than the whales we’re accustomed to seeing today.

Olivier Lambert, who is a vertebrate paleontologist at the Royal Belgian Institute of Natural Sciences in Brussels and is also the lead author in a study on the discovery, said that this is the first solid proof of a four-legged whale from the Pacific Ocean.

Paleontologists have been searching the barren coastal parts of Peru for over a decade and have found several ancient fossils of marine mammals. They were, however, quite shocked when they discovered a jawbone with huge teeth which made them dig even more. They eventually found the remaining bones of an ancient four-legged whale. 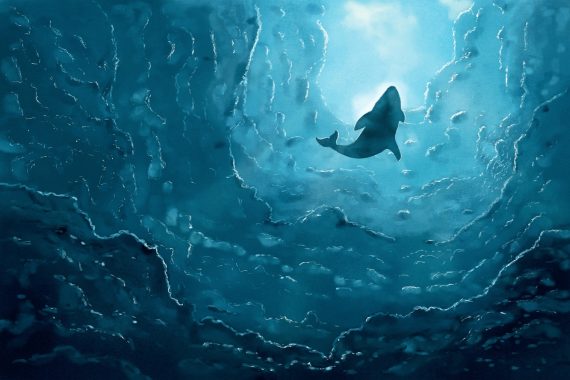 Lambert told Live Science, “Seeing the first hind-limb elements, the femur, the ankle bones was an extraordinary moment. We were all very excited.” Even though the old bones were broken into numerous pieces, they were still well-preserved and quite easy to find. “This made the excavation very pleasant, with bones appearing one after the other and us moving from one surprise to the other,” he stated.

The whale had fingers and toes that had small hooves, and when the fossil was put together, they noticed that the structure of its hip and limbs looked as though it was a land animal. However, its long appendages and large tail bones were comparable to an otter, meaning that it was probably a great swimmer as well. “We now know that they were still capable [of moving] on land, and in the same time, started to use their tail more predominantly for swimming,” Lambert explained.

He continued by saying, “Because this is the first record of a quadrupedal whale for the whole Pacific and the Southern Hemisphere, this find significantly increases the distribution of these early cetaceans.” The team named the four-legged whale species Perefocetuspacificus which translates to “the travelling whale that reached the Pacific.” 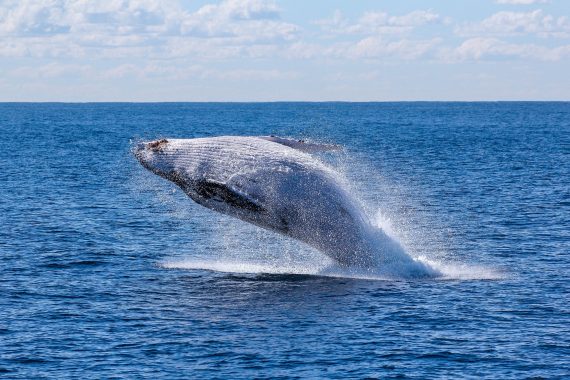 Whatever path these whales took, the discovery is highly interesting and gives us new insight on the ancient species that not only swam in oceans, but also walked on land.