Another Meteorite from Mars Shows Signs of Organic Life

How much evidence do you need before you accept the idea that Mars was once teeming with microbial life forms? Would two meteorites sent direct from the surface of the Red Planet that are filled with fossils convince you? Then get ready to yell “I believe!” Scientists given permission to take a thin slice out of a proven Martian meteorite have discovered "mineralized biosignatures” – minerals altered by the presence of microbes and their mineralized fossils. Does this call for champagne or a Martian red wine?

“Comparing recent results and interpretation with other meteorites, it can be raised, that on these similarities the microbially mediated biosignatures can be proposed microbial mediation by FeOB on Mars.”

“FeOB” stands for “iron (FE)-oxiding bacteria and it was discovered in the meteorite ALH-77005 Shergottite discovered in Allan Hills in Antarctica in 1977 and named for the Shergotty meteorite found on the planes of Sherghati, India in 1865 and subsequently proven to be the first known meteorite that was once a part of Mars. In their paper published in Open Astronomy (with pictures), Ildiko Gyollai, Márta Polgári and Szaniszló Bérczi from the Hungarian Academy of Science (HAS) Research Centre for Astronomy and Earth Sciences described how they used optical microscopy and infrared technology along with isotope tests to identify signs of bacteria which survive by eating iron rust – FeOBs. 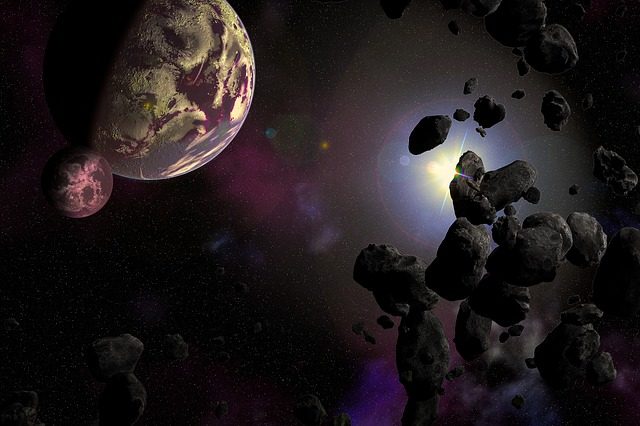 Hold on! How do they know Earth FeOBs didn’t leave their signatures on this meteorite after it landed? Good question, but the team is way ahead of you.

“The microbial alteration occur only in recrystallized shock melt pocket and near to opaque minerals. Microbial mediation along rims and fractures of coarse grains are not present, which dismiss the terrestrial alteration origin.”

So, the key indicators do not appear near rims and fractures that would allow them in after the meteorite arrived on Earth. Were any of the microbes alive when the chunk left Mars? That’s possible, but the impact that knocked the large piece out of the Red Planet  that became one or more meteors occurred four billion years ago, while the meteorites didn’t come to Earth until about 13,000 years ago.

Reports on the study point out that this is the second Martian meteorite to show signs of life. The first, ALH-84001, also came from the Antarctic Allan Hills and microbial indicators were discovered in it in 1996. They also note that skeptics say the features could have non-organic origins, but neither can be proven conclusively.

There’s only one way to do that – more Martian mining rovers or hole-digging humans.