Some places in this world just seem to draw to themselves mysteries and legends. Just off the coast of the South American country of Chile, in the Los Lagos Region of the southern end of the country, is a place called the Chiloé Archipelago, the name meaning “place of seagulls” in the native Huilliche language, and the largest of which is called Chiloé Island. It is a rugged land surrounded by treacherous seas, that was long considered a cursed place by the ancient Incas, who believed it to be a source of evil and a land prowled by demons, spirits, and monsters. In the 16th century, this reputation for dark forces made it a perfect place for pirates to hide out away from prying eyes, because it was still a place that most people avoided, and largely still is. Here is a savage land that has long been known as an island lair of warlocks, witchcraft, and black magic, and still is to this day.

Even when the Chiloé Islands were incorporated into Chile in the 1800s this place retained its mystique, a sparsely populated land of dense jungle perpetually shrouded in mist that was long believed to be inhabited by powerful sorcerers and evil creatures. The people of Chile knew them as the Brujo de Chiloé or Brujo chilote, meaning the “Warlocks of Chiloé,” brujo meaning "warlock,"with the benevolent practitioners of witchcraft called the Machis, and the evil warlocks known as the Kalkus. They were both famed and feared across the land, with the Machis said to be capable of curing any disease and the Kalkus conversely possessing the ability to wreak great misery, havoc, and strife through their potent black magic. These warlocks were said to travel about in a great ghost ship called the Caleuche, which could appear and disappear at will, travel underwater, and had a crew of drowned sailors.

The warlocks of the island were said to carry with them all manner of magical items to aide them in their nefarious activities. One was a magical waistcoat called a macuñ, which was fashioned from the skin of the dead and allowed the brujo to fly, and which could also give off a luminescence in order to see at night. Around their heads they were said to wear small, live lizards strapped up against the skin with a bandana, which supposedly gave them access to great stores of knowledge, as well as the ability to transform into various animals and also to open any lock and read minds. Many were additionally in possession of magical stones that supposedly had the power to cast powerful curses. This arsenal of magical items, as well as myriad other arcane artifacts and their vast knowledge of magic made the brujos nearly invincible, and deaths, disease, famine, disasters, and pretty much any other calamity was more often than not said to be their doing.

While well-known and greatly feared by the islanders and other Chileans, these warlocks were often encountered by outsiders as well. One notable instance of this was when the Spanish naval officer and cartographer José Manuel de Moraleda y Montero came through Chiloé Island in the early 18th century and witnessed firsthand the power of the warlocks, and indeed he was largely thought by the natives to have been a powerful sorcerer himself. It is his accounts that were largely responsible for bringing this local legend to the outside world, and which brought more people in to investigate this alien land.

Further expeditions to the island learned more about the mysterious warlocks, such as that they called themselves La Recta Provincia, (The Righteous Province), that they ate the flesh of children, stole the skins of the dead, and attacked with a horrific spell known as sajaduras, which was basically slashing and cutting an enemy with magic from afar. They also were said to demand tributes from the scared populace, and accused of bringing down misfortune and death upon those who refused to pay. This all attracted the attention of the government, and while they did not accept that witchcraft was real, it was thought that there was a good amount of racketeering and even murder happening in the Chiloé Islands unchecked, and so began rounding up known warlocks to be brought to trial in 1880. 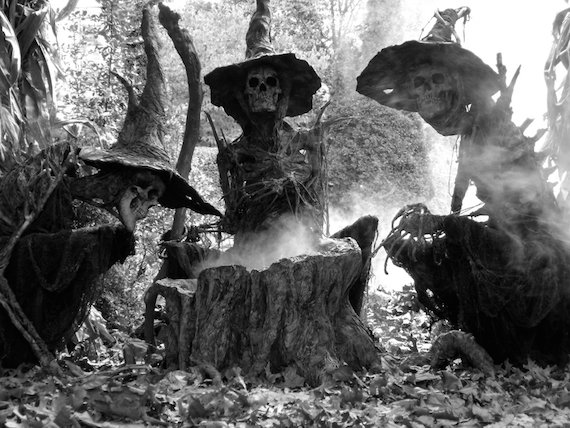 The ensuing trial would bring much of the known information about the warlocks’ terrifying world to public attention, and there was quite a lot of bizarre testimony to be had during the whole thing. Perhaps the most dramatic and outlandish of this testimony was that given by accused brujo Mateo Coñuecar, who gave a mesmerizing account of monsters, murders, and magic. According to Mateo, the brujos started as initiates, after which they were expected to prove their worth before becoming a full warlock. These initiations could be a variety of tests and tasks, ranging from staying in freezing water for 15 days to wash away their baptism, all the way up to killing someone dear to them and finally pledging allegiance to the devil while running around the island naked. When they were ready they were asked to fashion their own macuñ waistcoat and a spell book from the skin of either a dead virgin, another dead sorcerer, or a loved one, which they would use from then on, the whole thing finally celebrated by a feast featuring the flesh of babies.

Coñuecar went on to describe how the clan of warlocks was based within an enormous cavern system underground lit with torches fashioned from human fat and inhabited by two supernatural monsters tasked with guarding what lie within. One of these beasts was a goat-like abomination called the Chivato, while the other was a pig-like creature with a scorpion's tail called the Invunche. He explained that the Invunche had originally been a human baby, twisted, deformed, and warped through black magic and arcane rituals, and he described in grisly detail how to go about creating one, saying:

When the Sect needs a new Invunche, the Council of the Cave orders a Member to steal a boy child from six months to a year old. The Deformer, a permanent resident of the Cave, starts work at once. He disjoints the arms and legs and the hands and feet. Then begins the delicate task of altering the position of the head. Day after day, and for hours at a stretch, he twists the head with a tourniquet until it has rotated through an angle of 180 degrees, that is until the child can look straight down the line of its own vertebrae. There remains one last operation, for which another specialist is needed. At full moon, the child is laid on a work-bench, lashed down with its head covered in a bag. The specialist cuts a deep incision under the right shoulder blade. Into the hole he inserts the right arm and sews up the wound with thread taken from the neck of a ewe. When it has healed the Invunche is complete. 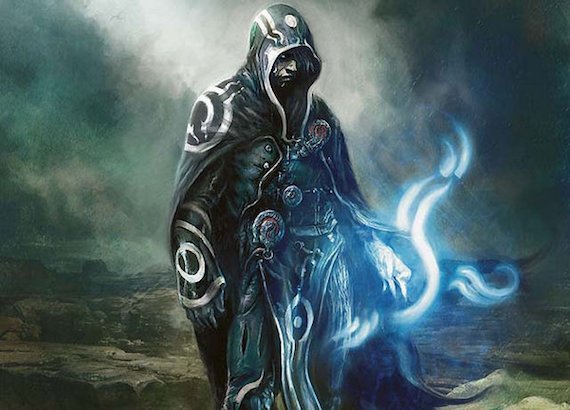 Gruesome stuff indeed, and Coñuecar insisted that these creatures were real and that he had seen them on several occasions. Throughout this all the government did not at all believe any of this magical nonsense, but they were certain that there was definitely criminal activity going on here, and it was enough for them to crack down hard on these brujos. In the end, 12 supposed members of this society of magicians were found guilty of various criminal offenses and sent to languish in prison, but considering the lack of any evidence at all of these dealings outside of witness testimony and rumors most of these sentences were appealed. Nevertheless, in the minds of many the iron fist of the warlocks was seen to have been loosened.

Loosened perhaps, but not entirely wiped out. Whether any of this cult’s activities ever really happened as described or whether the Brujo de Chiloé were ever really capable magic or not, their legacy remains on the island to this day, where belief in brujos and black magic is as strong as ever. For the people living here these sorcerers and their vile creatures are just as real as ever, and their folklore and beliefs are heavily saturated with them. They live in fear of the brujos, this dark part of the island’s history still leaving an indelible stain upon the landscape. This is a place where demons, magic, and warlocks are still threats lurking within the darkened forests, and where these mystical forces cast a pall of fear. It seems that whether the warlocks of Chiloé are gone forever or never existed at all, they are still here in a sense, and perhaps always will be, just as permeated by dark forces now as it was in the time of the Incas.