They say that truth is stranger than fiction. And they are right – whoever “they” actually are. For me, at least, this really hit home on an expedition I made to Puerto Rico in 2010. It turned out to be one of the most memorable, and strangest, of all my many treks around Puerto Rico, in search of the Chupacabra. It was a Thursday afternoon in January, and, as so often happens, I got a telephone call out of the blue from a television production company that was interested in having me on a new documentary that was just about to be filmed. One of the first questions that the researcher asked me went something like this: "Do you know of any witnesses to the Chupacabra who we can speak to?" Well, yes, I did. Plenty of them. I still do! One of the witness was a woman named Guanina. I met her several years earlier -  on a previous TV shoot on Puerto Rico. She lived in Moca, situated on the west side of the island, and which was founded in 1772 by one Don Jose de Quinonez.

It had been some time since I had first briefly met Guanina, but I told Mark - the guy behind the show - I would give her a call and see if we could get things moving. Fortunately, she remembered me; we had a laugh and a joke on the phone about how, on my earlier trip, all the kids in the neighborhood had come running out to see what was going on when we did a bit of background filming on the outskirts of Moca. Guanina had been a godsend: she and her husband ran a small café and had generously supplied us with plenty of water and soda, as the cameras rolled under a merciless sun. We were soon to interview Guanina. Mark thought we were going to get a definitive tale of the Chupacabra. What he got, however, was something very different - but something very intriguing, too. 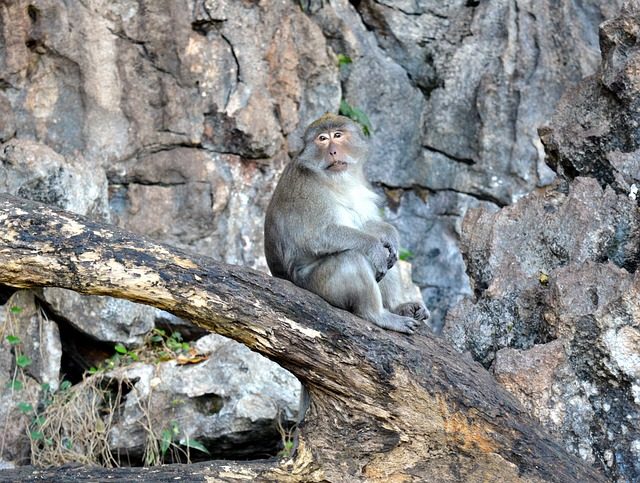 Around 2:00 p.m. on the afternoon of our first day of investigation, Mark and I arrived at the café. Guanina gave me a big hug, thrust a cold can of Sprite into my hand, and dished up for me a great meal. Guanina, forty-something, dark-haired and tanned, had an interesting theory about a creature that, back in the mid-1970s, became briefly legendary in the area. It was known as the Moca Vampire, a winged, blood-sucking monster. It was a theory, however, that dated back to around 1987. Mark, barely able to contain himself, eagerly set up his camera and started rolling, as Guanina and I settled back in our chairs to chat. A teenager back in 1987, Guanina used to enjoy walking the hills around Moca. That is, however, until a decidedly traumatic, and even horrific, experience occurred in May 1987 and put paid to all of that. As she strolled around the pathways, Guanina suddenly heard the unmistakable screech of a pig in distress. She raced up the hill, for a further forty or fifty feet or so, and was confronted by a shocking sight: six or seven monkeys were viciously attacking the poor pig, which, by now, was on the ground and clearly close to being in mortal danger.

Guanina shouted at the monkeys, which suddenly ceased their attack, and turned their eyes away from the pig and onto Guanina. For a second or two, there was a tense stand-off. Fortunately, however, the monkeys merely made violent, screaming chatter and then raced away into the deeper grass of the hill. Equally fortunately, the pig – although obviously traumatized, but not physically hurt – unsteadily rose to its feet, stood around for a few minutes, presumably trying to get its bearings, and then wandered off into the undergrowth. Not surprisingly, a terrified Guanina raced down the hill to the safety of her home. 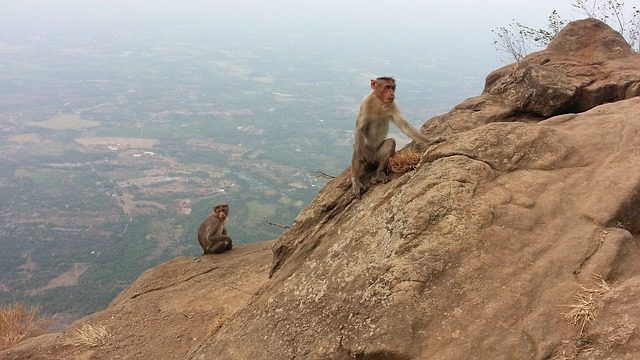 When Guanina told her parents what she had just seen, all three decided to look into the matter further. Scanning various books in the local library, they were soon able to identify the attacking animals as Rhesus monkeys. There were, however, two things that quite rightly puzzled the family: although there are hundreds of Rhesus monkeys on the nearby island of Cayo Santiago – at the Caribbean Primate Research Center – there should not have been any on mainland Puerto Rico. Plus, Rhesus monkeys live chiefly on fruit, cereal and seeds. Occasionally, they will eat bugs and grubs. They are not, however, noted for launching concerted, savage attacks on fully grown pigs. Or, more correctly, normal Rhesus monkeys aren’t known for doing that.

The story was a great one, and Mark was practically ecstatic about the possibility that the Chupacabras were really crazed monkeys. He was also enthused by Guanina's theory that the 1975 "Moca Vampire" wave was also prompted by attacks by dangerous monkeys. But, the footage never made the cut. Just another few days of memorable, monstrous weirdness!