It isn't every day that key cryptozoological terms get added to one of the world's most famous dictionaries. However, Merriam-Webster made history yesterday after it added the term "Cryptid" to its online source for English language definitions.

The term, according to Merriam-Webster Online, has been in use since 1983, for which they give the following definition:

After years of searching for and collecting evidence, we put 'cryptid' in the dictionary. https://t.co/5pILJr0gHr pic.twitter.com/xmhfZaukgt

While cryptid may be a new addition, it is a derivative of the earlier word "cryptozoology," a definition for which had already appeared at Merriam-Webster's website, and is defined as follows:

Here, we begin to find some confusion about the history and use of the term. The Merriam-Webster entry for cryptozoology cites its earliest use as dating to 1968, although apparently there is some difference in opinion on this since Oxford English Dictionary Online (which one must have a subscription to access) apparently presents the argument that it first appeared in print in 1959, or possibly earlier.

Loren Coleman, who remains the most widely-regarded authority on the subject of cryptozoology today, notes in an article at his website that, "Supposedly, the first published use of the word 'cryptozoology' was in 1959 when a book by Lucien Blancou was dedicated to 'Bernard Heuvelmans, master of cryptozoology'.”

The book in question, then, would seem to have been Blancou's Géographie cynégétique du monde. However, as Coleman also notes, zoologist and author Ivan Sanderson apparently used the term just two years later in his Abominable Snowmen: Legend Come to Life, published in 1961 (and thus also predating the date given by Merriam-Webster by several years). Searching the text for the use of this term, it appears in hyphenated form in one of the footnotes accompanying the book's seventh chapter, in which Sanderson wrote the following:

"The title of this chapter is an acknowledgment of a good friend and fellow zoologist. He, Dr. Bernard Heuvelmans, Consultant to the Musee Royal D'Histoire Naturelle de Belgique, but resident in Paris, is the author of the only book that covers the ABSM problem world-wide. It covers also many other items of a crypto-zoological nature, and is entitled in its English version, On the Track of Unknown Animals."

The presence of the hyphen could explain the confusion, as it may be that Merriam-Webster was simply acknowledging the earliest use of cryptozoology as a single, unhyphenated word. 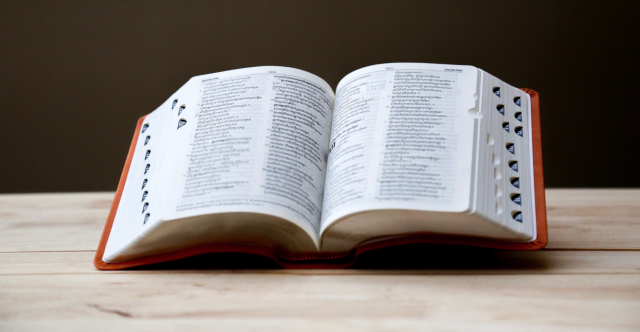 It has been noted elsewhere, on account of the aforementioned, that while Heuvelmans is recognized as being "The Father of Cryptozoology," he nonetheless credited Ivan Sanderson with having popularized the term, which apparently began in 1961 shortly after it was used in print elsewhere by Lucien Blancou.

Now that we've got the nitty-gritty details out of the way, the news of the inclusion of "cryptid" by Merriam-Webster appears to have been well received. Writing about the news for Coast to Coast AM, my friend Tim Binnall noted the significance of the well-known and long-used term's acceptance in the English lexicon:

"[T]he official recognition of 'cryptid' could be seen as something of a culmination of cryptozoology's meteoric rise within the zeitgeist over the last few years. From towns and cities adopting Bigfoot as their 'official animal' to states adding their resident sea monster to license plates, the mysterious creatures that had long lurked in the shadows of local legend are clearly now having their moment in the sun. Now if only we could capture one of them..."

Of course, it might be worth noting that Merriam Webster also hadn't been the first to include "cryptid" in its online dictionary: the website of Oxford English Dictionaries had featured the word at least as far back as November 2017, according to Internet Archive's Wayback Machine.

Hence, while Merriam-Webster's inclusion of the word is getting some attention for its novelty, many of us with a long-held interest in the subject responded to the news with a resounding it's about time!