Cultured Creatures: Odd and Amazing Animal Behavior is Shifting Our Views on Culture

Many pet owners will tell you that their animal friends exhibit behavior that reminds them of things that only people are supposed to do. Ask any dog owner, and they may tell you their dog can "smile," while owners of parakeets and other birds will tell you similar things about the ways their avian accomplices interact with them.

Such questions bring to mind questions about our concept of culture and what it is, and more importantly, whether humans are the only animals that engage in such behaviors. In an unrelated post here at Mysterious Universe, I recently touched on the question, in relation to the differences between humans and animals. "Eventually," I wrote, "one must ask at what point, precisely, the imaginary line between 'human' and 'beast' can actually be drawn?"

This brings us to a fascinating story that was recently featured in the New York Post which raised similar questions in sharing the story of Julie, a 15-year-old chimpanzee and one of 15 in a sanctuary in Zambia who, in 2007, began a unique fashion trend among her primate peers: she took a fancy for plucking long, stiff blades of grass that she would wear behind one ear, much as a person might rest a pencil there between periods of use.

Shortly afterward, Julie's son picked up on the trend and started wearing a blade of grass behind his ear as well. It wasn't long before eight more chimpanzees that lived alongside Julie in the sanctuary were doing the same thing. 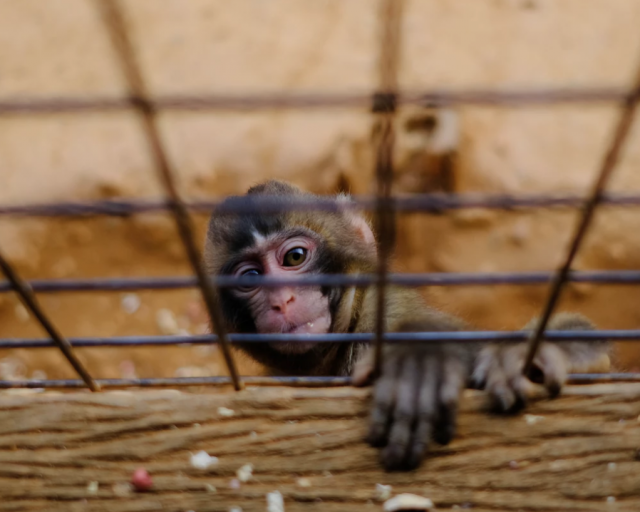 "When Julie died in 2012," writes Mary Huhn, "her local gang kept wearing the single-blade accessory, and the style eventually spread to fashion-forward chimps in two nearby populations."

Julie's story isn't the first of its kind. Many are familiar with videos like the one below, in which parrots have been observed shredding strips of paper and tucking them between their tailfeathers, in an apparent effort to augment the appearance of their natural plumage (although this isn't necessarily a behavior being "shared" between members of this parrot species, it is a commonly observed behavior, and one similar to Julie the Chimp's use of the blade of grass behind one ear):

Other examples of such behavior have become more prevalent over the last few years. In 2013, a pair of scientific papers argued that similar "trending" behaviors have been observed in other primate species, as well as certain cetaceans.

In humans, once a new fad arises, everyone starts doing it," wrote Michael Balter for Science. "Two international teams led by researchers at the University of St. Andrews in the United Kingdom report new evidence for the strength of cultural conformity in two very different species suspected to exhibit cultural behavior: vervet monkeys and humpback whales."

In the case of the vervet monkeys, the experiment involved feeding the creatures corn of two artificially colored varieties, one blue, the other pink. Apart from this superficial distinction, the blue corn was also soaked in aloe to give it a bitter taste, which naturally led to the vervet monkeys avoiding it. However, later when the offspring of this first group of monkeys had been born, researchers stopped flavoring the blue corn; despite both varieties tasting the same, the adult monkeys continued to prefer the pink corn, a preference which their young appeared to adopt as well.

The simultaneous study with whales observed a technique the animals use known as "lobtail" feeding, where the creatures employ their powerful tails to smack the surface of the water. It was believed that this technique not only may be useful in "herding" certain kinds of ocean fish the whales preferred but that its use was actually spreading among humpback whales that "created" it.

"Over the years, lobtail feeding had spread to 37% of the population," Balter wrote for Science, "and up to 87% of the whales that adopted the technique appeared to have done so by being in close association with another whale that was already clued in to the method."

Such studies over the years have led to a broader awareness of animals that engage in such behavior, including the foundation of organizations like Culture & Animals Foundation (CAF), a group aimed at promoting and funding art that helps deepen public awareness of connections between humans and animals. 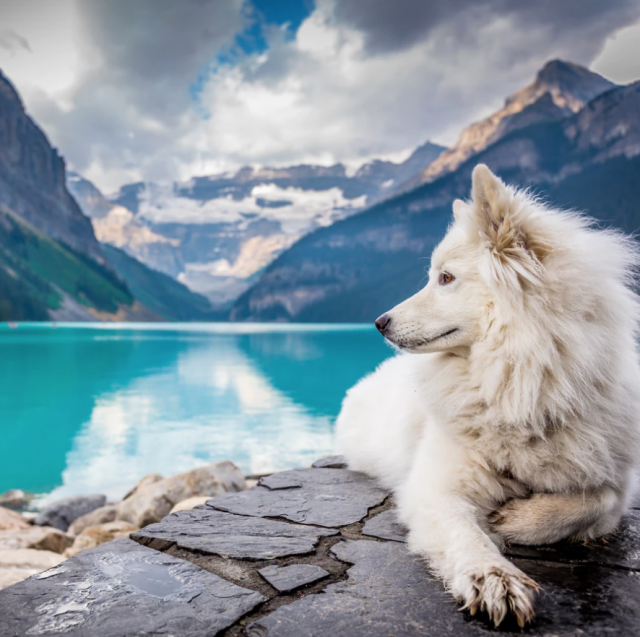 According to the Foundation's website, the CAF "provides annual grants to scholars and artists using their intellect, creativity, and compassion to build a deeper understanding of human–animal relationships and a greater respect for animal rights." The group also hosts annual meetings and lectures, held at North Carolina State University in Chapell Hill, North Carolina.

Many of these kinds of behaviors--ranging from animals that "mimic" things that humans do, to wild species that appear to share certain learned behaviors--are constantly expanding our understanding of nature and the animal kingdom. As we learn more about the thinking and behavior of non-human species, we also begin to see how we, as humans, can better relate to them. In the bigger picture, this also causes us to question what it actually means to be human, which is at times offers a frightening critique of our accepted reality; but also helps us to solidify our role in the broader game of life... which, in its own way, is strange, cosmic, and even beautiful.