“Cursed” Movie Will Terrify (And Maybe Even Kill?) Anyone Who Watches It

Most of us have heard of cursed objects that can harm and even kill people who come into contact with them. But a “cursed” movie that could potentially kill anyone who watches it is definitely a new topic for discussion. Coincidentally, “The Ring” movies come to mind where anyone who watches the creepy videotape full of terrifying images will receive a phone call telling them that they will die in exactly a week. While that was just the plot to a horror movie, this new cursed movie that has been recently discovered may harm people in real life.

The movie that’s called “Antrum: The Deadliest Film Ever Made” was directed by David Amito and Michael Laicini. The movie project was originally from the 1970s but was lost for several years before being rediscovered. The two directors came up with the story idea and Amito wrote the screenplay. The movie, however, is said to be able to kill anyone who watches it.

The movie is about a brother and sister (Rowan Smyth and Nicole Tompkins) who ventured into the woods to dig their way to Hell so that they could save the soul of their recently deceased dog. In addition to the plot, the movie will also feature documentary-style statements and information regarding the mysterious events that have happened in relation to the history of the movie, as well as discussions about an occult. 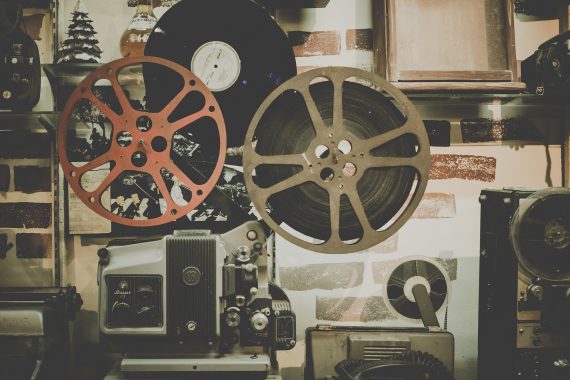 The movie was rediscovered by writer/director/producer Eric Thirteen who found it last October while attending the Brooklyn Horror Film Festival. “Here I was at the fest where this movie’s playing. Normally, everyone’s hyping their projects, it’s very easy to talk to people about what’s showing – and yet, I can’t get anybody to tell me what the hell actually happened in this movie everyone’s talking about,” he told Forbes.

He continued by saying, “That’s when I had to see it, that’s when it was like, ‘Ok, this is my mission now. I have to track this movie down...which is not playing anywhere else, which has no records online, which you can’t find anything about.’”

During the time that “Antrum” was lost, odd things were added to the narrative, such as strange symbols and ghostly images of unspeakable things. “Originally, it was in Arabic and then it gets lost for years and it’s recovered, it’s got all these notes where somebody tried to translate it, but maybe it was an ill-fated attempt [because] they died in the process. There’s notes scrawled in the margins and every time the book is lost and recovered, there’s new patchwork pieces added to it,” Thirteen explained.

Thirteen described how the movie could make us feel by stating, “There’s a certain level that says, ‘Ok, a haunted movie. Oh no, will I get cursed?’ And then there’s another level that says, ‘Of course you won’t be cursed by a movie, don’t be ridiculous.’ And then there is yet another level, where you’re still thinking about the film days afterwards. You want to show it to your friend, and when you show it to your friend, do you tell them it’s a cursed movie? Do you sort of make a cheeky joke about it? It’s in your life now, you’re talking about it, you’re making decisions about it. The way the movie follows you in the real world, that’s the real curse.”

“Antrum” will be shown at the Brussels International Film Festival later this month and will become available for the public to view it at the end of this year, as well as throughout the world in 2020. If watching a movie that may potentially kill you isn’t scary enough, the introduction to the film includes a legal disclaimer for those who are brave enough to watch it. As a lover of horror movies, I’m not sure if I would be brave enough to watch it, although it would be one tremendous scare to say the least.