The late Arizona Senator John McCain had an interest in UFOs, according to a former colleague, continuing a tradition among former politicians from the state who shared an interest in the UFO subject.

According to former Senate Democratic leader Harry Reid, the late firebrand politician and political "Maverick", as he was often called, also had an interest in the study of unusual things in our skies.

"Sure, John knew what I was doing... He didn't hide the fact that he was interested also," Reid said in a recent interview with KLAS-TV.

This isn't news to many who have followed the ongoing inquiries into the Pentagon's Advanced Aerospace Threat (and) Identification Program (AATIP). In one of the most recent FOIA releases about the program, John McCain was mentioned in relation to a Senate inquiry about AATIP at that time, which included a synopsis of articles and research materials pertaining to advanced physics projects.

The Pentagon program was formerly headed by Luis Elizondo, now an employee with Tom DeLonge's To The Stars Academy. Elizondo announced at a conference in Alabama last month, in association with the Scientific Coalition for Ufology, that he would be appearing in a forthcoming television series on History Channel.

As far as Reid's statement that McCain didn't hide his interest in the UFO subject, there were indeed other instances from over the years where the late Arizona Senator discussed the possibility of "unknowns." As far back as February 2000, McCain was apparently asked during a press conference about a then-pending lawsuit by attorney Peter Gersten, aimed at obtaining information from the U.S. Military pertaining to UFOs.

"It's always of great interest to me," McCain said when asked specifically about whether UFOs and possible denial of information about them by the military were of interest to him. Although there was some laughter in the press room at the time, McCain continued:

"I think it's of great interest. I would point out to you that there was a case a couple of years ago in Arizona, of some lights that were seen over Arizona, and that has never been fully explained."

McCain was referencing the famous Phoenix Lights case, an incident involving lights which have been variously interpreted as flares from military aircraft during training operations, to a series of unidentified lights oriented in a large, triangle formation. Among the witnesses to this event had been then Arizona Governor Fife Symington, who infamously poked fun at the incident in a press conference shortly after the objects were seen. Many years later, he came forward and discussed his own sighting of the lights, which he believed were attached to a larger, triangular object "with a distinct leading edge."

One explanation for the incident, as suggested above, had been the presence of a group of A-10 Warthogs conducting a training exercise over the Barry Goldwater Range on March 13, 1997. This Air Force bombing range, as the name would suggest, commemorates John McCain's predecessor, Senator Barry Goldwater who, like McCain, had also been a one-time contender for the U.S. Presidency, as well as a public proponent of there being a reality behind UFOs. 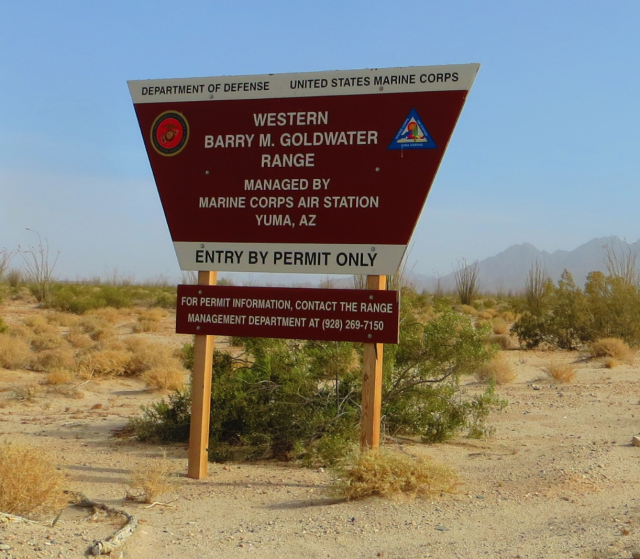 On another occasion, McCain was asked by Chris Wallace of Fox News whether he had ever seen a UFO as a pilot during the Vietnam War.

“I can't say that I did," McCain told Wallace, "but I kept looking all the time.”

As Grant Cameron points out, McCain's office had also assisted with obtaining medical records for John Burroughs, one of the witnesses to the 1980 Rendlesham incident in Suffolk, United Kingdom.

In conclusion, John McCain's interest in UFOs is certainly noteworthy, especially in light of his work as an elected official, and remaining political influence since his passing in August of 2018. However, it's not particularly surprising that he would have such interests, considering the history of similar interest among politicians from his state, and more importantly, the fact that one of the most notable purported UFO incidents in modern history occurred over Arizona.

Scientists Plan To Clone A 42,000-Year-Old Extinct Horse Species Back To Life