Ghost Rockets Over the Bahamas: An Unusual Atlantic UFO Incident

Some of the most interesting UFO reports from over the years are those which occurred at sea. Entire books have been written about this subject, most notably, Ivan Sanderson’s Invisible Residents (1970), which may have been the first major offering to look deeply at a maritime component to the broader UFO enigma.

In the book, Sanderson leads off with an explosive account, to put it lightly. “One evening in the Antarctic,” Sanderson writes, “a Brazilian scientist by the name of Dr. Rubens J. Villela, seconded to the U.S. Navy's 'Operation Deep Freeze’ and aboard an icebreaker, was literally jolted almost out of both his body and his mind by a ‘something’ that suddenly came roaring up out of the sea through no less than 37 feet of ice, and went on up into the sky like a vast silvery bullet. The ship was in Admiralty Bay, which faces the South Atlantic Ocean.”

Explosive indeed. It is one of countless similar reports; and by saying “countless,” I don’t mean this merely as an expression used in passing. One might argue that there are literally too many reports of odd things like this, observed in our skies, and particularly over our oceans, to be able to count them reliably.

Many can be explained as some prosaic things, of course, and some others are likely the results of biological phenomenon such as bioluminescent organisms and other naturally-occurring “light shows” that can appear in certain regions of ocean water. However, there are always those outliers, which are a bit more difficult to explain.

In keeping with Sanderson’s description of a “vast silvery bullet” from earlier, an interesting report occurred in the 1980s, where employees with the RCA Service Company at the Atlantic Underwater Test and Evaluation Center (AUTEC) base in the Bahamas observed an unusual object as it passed overhead one evening.

The primary witness had been a crew member stationed there in 1985, when he and another crew member were performing a routine overnight watch that lasted from midnight until 4 AM. Suddenly, a source of light traveling through the sky caught their attention, when they turned and saw two strange “rockets” flying side by side, which passed directly over their ship traveling on an easterly course.

According to a witness statement supplied to NUFORC:

These "rockets" were highly unusual as neither made any sound, were traveling at an oddly slow rate of speed and were visible to us for about 15 seconds. However, the rockets left behind contrails that glowed brightly and which were "multi-colored," in that the contrail smoke changed from white to green to blue to pink and then disappeared completely after about ten minutes. (I estimate that they passed over us at an altitude of about 500 to 1000 feet; both rockets were white-colored and perhaps 25 to 40 feet in length).

The witnessed wondered whether these projectile-like objects could have been part of some secret U.S. Navy test that had been underway in the area. However, the main witness noted that he felt any AUTEC personnel would have possessed knowledge of U.S. Navy experiments in the area, of which none were known at that time.

“As an AUTEC vessel, we would definitely have been informed that such a test was being undertaken,” the witness stated, “and subsequently warned to stay out of the area. This had always been the Navy's practice during similar rocket firing tests that I witnessed while working at sea in the same area.” 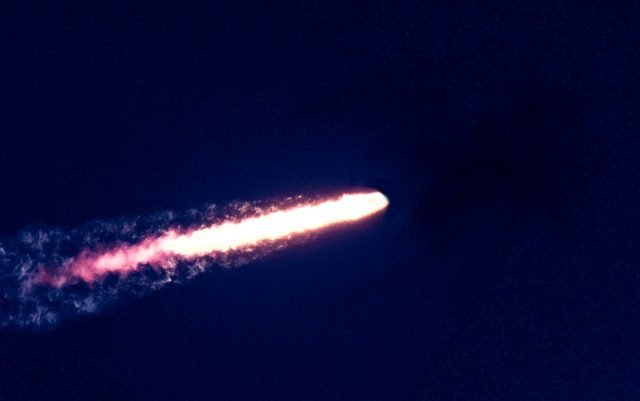 After their sighting of the two unusual objects, the witness checked with an air traffic control operator back at the Andros base, who said he had no knowledge of anything akin to rocket tests that had taken place on the night of the sighting, though he “certainly would have been in a position to know.”

The witness said he and his companion “never heard of rockets that travel in such close proximity to each other,” or “at such an unusually slow speed.” Also unusual was the fact that these objects, whatever they were, made no sound whatsoever.

“Since that incident occurred,” the witness concluded, “I have learned that there is a known history of so-called ghost rocket sightings in other parts of the world, particularly in Sweden.”

Could these two objects witnessed by two AUTEC crew members in the summer of 1985 have been anything akin to the mysterious projectiles observed over Scandinavia almost half a century earlier? In any case, we can count them among the “countless” other sightings I addressed near the outset of this report, and among the many “unknowns” that occasionally appear in the skies over our oceans.