Haunted Former Sanatorium And Residence Hall Set To Be Demolished

A 95-year-old building called Wilson Hall in Oxford, Ohio, is set to be demolished this summer and will be replaced with green space. The former residence hall that housed university students until the 2015-16 school year, was once a sanatorium for women who suffered from mental and emotional disorders as well as addiction problems.

The building was originally called “The Pines” and was part of the Oxford Retreat private hospital before getting leased to Miami University in 1936 to be used as a residence hall for its students. It was renamed to “Wilson Hall” in 1986 after Miami provost Dr. Charles Wilson. 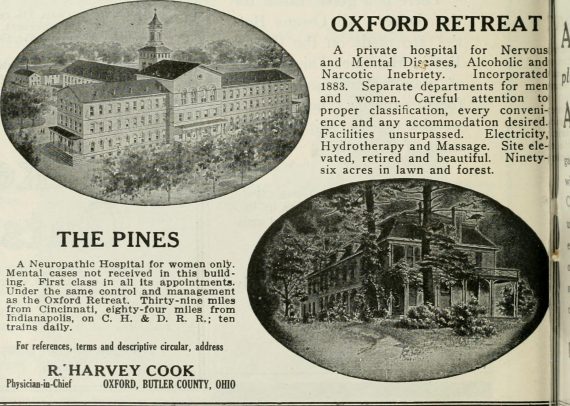 The building is well-known for its paranormal activity. Robert Bell, who is Miami’s interim university architect, said, “I heard that if you left your shoes out in the hall, Dr. Cook would polish them overnight. I’ve also heard stories about past patients haunting the hall, because supposedly many patients were sent there against their will.”

Beside Wilson Hall is Cook Place where Dr. Robert Harvey Cook and his wife Bessie once lived. Dr. Cook ran the asylum with his father, and it is said that they had an underground tunnel that ran from the doctor’s home to the sanatorium that he would use so that his patients wouldn’t see him.

Apparently whenever the patients saw the doctor, they would get very emotional as they were afraid of him. In fact, some of the women would hide in their barricaded rooms and some even attempted to jump out of their windows when they would see the doctor walking over from his house.

A janitor who lived in Wilson Hall with her roommate prior to its closing claimed to have had odd experiences with her closet door not staying shut. “During the morning, if we wanted to close the closet, it would stay closed and we would come home and it would be open,” she said, adding, “At night time, if you tried to close it, it would open immediately.”

She also claimed that the lights in the basement would flicker at night but never during the day time. She continued by saying that the overall feeling inside of the dorm was “creepy”.

Although Wilson Hall is going to be demolished, it doesn’t mean that the paranormal activity will stop once the building is gone. There are countless reports from people all over the world who have seen ghosts wandering around properties where buildings once stood. Students and staff at the university will have to wait and see if they continue to encounter any unusual activity once the building is destroyed.

Black Hole Photographed — What Do Black Hole Deniers Do Now?