Microwaves & the Paranormal: As Serious as a Heart Attack

Biological Effects of Electromagnetic Radiation (Radiowaves and Microwaves) Eurasian Communist Countries is a 1976 document that was prepared for the U.S. Defense Intelligence Agency.  Specifically, it was written by Ronald L. Adams and Dr. R.A. Williams of the U.S. Army's Medical Intelligence and Information Agency. The document was declassified - via the terms of the Freedom of Information Act - many years ago, but the contents of the document certainly still have the ability to provoke deep controversy. One particular segment of the Adams-Williams report stands out. It is titled "Cardiovascular System." The pair stated the following:

"Heavy emphasis has been placed on investigations involving electromagnetic radiation on the cardiovascular system. Effects on hemodynamics include blood pressure variations ad cardiac arrhythmias. Comparison of a group of engineers and administrative officials who were exposed to microwaves for a period of years and an unexposed group revealed a significantly higher incidence of coronary disease. Exposure may, therefore, promote an earlier onset of cardiovascular disease in susceptible individuals."

It should be noted that interest in how, and under what specific circumstances, the human heart can be affected was not exclusively the interest of the U.S. Army's Medical Intelligence and Information Agency. For example, staff who were employed at the Foreign Technology Division of Wright-Patterson Air Force Base, Dayton, Ohio also dug deeply (very deeply, in fact) into this particularly controversial area. We know this because - just as was the case with the Adams-Williams paper - Wright-Patterson AFB's files on the matter have now been declassified into the public domain. The U.S. Air Force, back in 1978, published a report titled Paraphysics R&D - Warsaw Pact. As was the case with the 1976 document, the 1978 Air Force report was also prepared for personnel within the Defense Intelligence Agency. This document, however, was somewhat more alternative in nature and scope. And that is putting things mildly, to say the least. By that, I mean the authors of the report focused much of their time on how the heart could be affected by supernatural skills - and, potentially, in a very dangerous way. 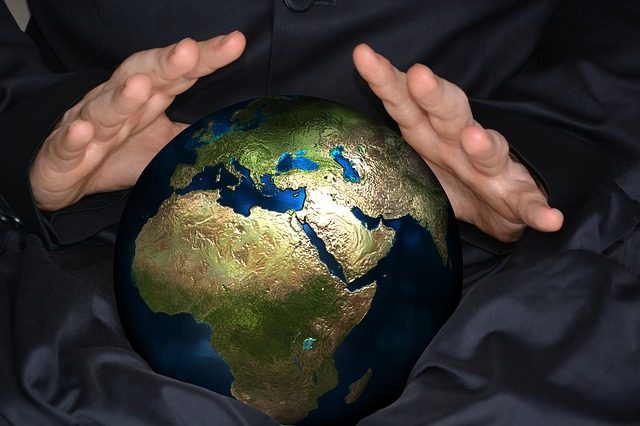 Extrasensory Perception (ESP), mind-reading, and psychic phenomena were all closely studied when it came to the matter of the human heart and the severe damage that someone just might be able to do to it. Staff at Wright-Patterson were particularly concerned by the worrying extent to which the Russians were working in this particular field. The document demonstrates that the one person, far more than any other, that the Air Force had their concerns about was a Dr. Gennadiy Aleksandrovich Sergeyev. The doctor worked in the field of "technical services" at the Leningrad-based Institute of Physiology.

According to the work and results of Sergeyev's controversy-filled research, one of his particularly skilled psychics in this field was a woman named Nina Kulagina (see this link for those who were impressed by her talents, and this link for those who are  unimpressed). It was in 1970 that Sergeyev came to see just how dangerous Kulagina's abilities could be. The Foreign Technology Staff at Wright-Patterson Air Force Base reported that on one particular day, "Kulagina attempted to increase the heart rate of a skeptical physician." Matters did not end there, however. Air Force personnel advised the Defense Intelligence Agency that, "Electroencephalogram, electrocardiogram, and other parameters were measured," and that "within 1 minute after the experiment began," the heart of the same physician "reached dangerous levels, and the experiment was terminated." For the U.S. Air Force, the whole matter was deemed to be a very "serious intelligence problem." No doubt.

What all of this potentially suggests is that the Russians, at the height of the Cold War, may have succeeded in carrying out what we might term "psychic assassinations" or "murder by microwaves." And doing so by fatally affecting the hearts of the targeted individuals. While many people of a skeptical nature might dismiss such admittedly highly controversial notions, the fact is that the U.S Air Force,  the U.S. Army's Medical Intelligence and Information Agency, and the Defense Intelligence remained concerned - worried, even - about such strange possibilities. There is another important issue that is well worth noting: the research and the documents that I have referred to in this particular article date back to 1976 and to 1978. This inevitably begs an important question for all of us to ponder on: four decades further down the line, just how far has the research progressed now? In today's world, can people be targeted and killed in a way that appears innocent, but which, in reality, is actually nothing less than downright sinister? These are questions to think about.