"A six- or seven-foot-tall, white creature with red eyes and large wings.”

“About 7 feet tall, its wings folded against its back.”

Those descriptions and others of the creature that has become known as the Mothman make it worthy of the 12-foot-tall metallic statue in Point Pleasant, West Virginia, where its legend originates. How about these?

“It had small wings, [and] again, it wasn't a bat in the snow. It had long stretched out legs that came down below its body and had arms and fingers.”

“I also know what a flying squirrel looks like and it was not that either.”

“First off let me say it wasn't a bird or a bat but this thing hit my window and mostly splattered on it. I saw it plain as day stuck to my window. I describe it as a small faerie if you believe in faeries, or possibly, I crap you not, a miniature mothman.”

Are you tired of looking at the replica Mothman statue on your bookshelf? Would like a real pet Mothman for the cage that’s been empty ever since Tweetie died? Then head to Wittenberg, Wisconsin, with a net big enough for a bat and strong enough for a … monster?

The Singular Fortean website tells the story of how it was contacted on April 12, 2019, by Kane Adams, a member of Wisconsin’s Fox Valley Ghost Hunters who was not out on a ghost case but instead driving a semi in unusually wintry conditions for April, even in Wisconsin, when something strange struck his windshield in-between wiper swipes.

“Something fell out of the sky that was really odd and I can't quite get the image out of my mind.”

Kane tells Singular Fortean’s investigator, Tobias Wayland, that he was decelerating on an off-ramp with the strange thing hit his truck.

"The wings were the same color as the body. It seemed to have separation in the wings like maybe veins or arteries or bones. Considering the wings were kind of mashed on the windshield it was hard to tell [its wingspan], the body was about four inches with the wings going out further, say, about another four inches per side if it they were not squashed."

That’s pretty small for a Mothman, even by the eyewitness reports that have been emanating from the Chicago area for a few years now of Mothmanish creatures, winged humanoids and giant bird sightings that have been well-covered by Lon Strickler at Phantoms & Monsters. Unfortunately, Kane was driving a semi in bad weather, which precipitated grabbing a cellphone to take a picture before the creature rolled off of the windshield. He also says the conditions kept him from going back to look for the body. 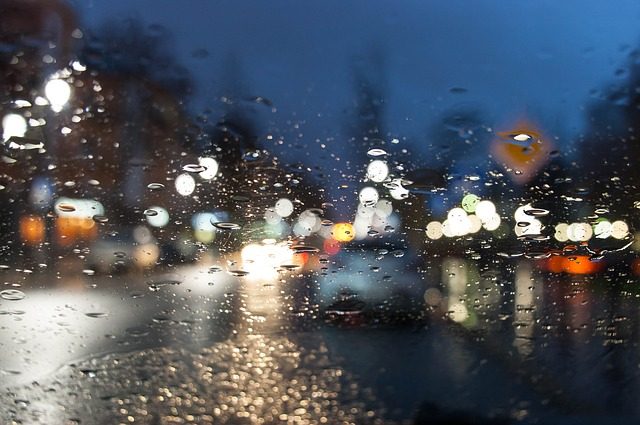 That’s much smaller than a sandhill crane, which many skeptics say was the creature that so many witnesses in Point Pleasant claim was a 7-foot-tall winging humanoid. Kane ruled out a bat or a flying squirrel, and his next guess was not something real but surreal – a faery. However, would a smooshed faery look like this?

“I was going to take a picture but it slid off the window leaving this massive gooey stain on my window which took several attempts with washer fluid to clean up off the window. I remember it was all black and I didn't see any eyes … the stain it left was so intense that it smeared the whole window … It's still imprinted in my eyes.”

How’s the weather in Wittenberg today? Is it worth a trip to look for what could be the greatest cryptozoological find since … well, ever? Or a pet Mothman? A pet faery? Or more details to put into a new horror movie script?

Or proof that what Kane Adams hit on a wintry April night was just some poor bird or flying mammal? He's the only witness ... so far ... although the report says his post on social media generated responses from others who claim to have similar experiences many years before.