It should come as no surprise that NASA is always thinking about astronaut poop/feces/urine/waste. In fact, it should please us that so much goes into what comes out of space travelers. Most people know that the residents of the International Space Station recycle liquid waste and eject the solid stuff. It’s easy to figure out that the same thing was done on previous space stations and long missions, while shorter missions merely brought it back to Earth. But what about the six missions to the moon? Vox recently looked into that can of waste and found out that not only are there 96 bags of human waste on the Moon, NASA is planning to devote part of a future mission to picking up some of it and bringing it back to Earth. Before you raise a stink about wasting money on 50-year-old stinky waste, the reasons make sense. All they need now is some astronauts who walk their dogs.

“The moon missions were engineered very carefully, and weight was a very big issue. So it made sense if you’re picking up moon rocks, you’d also want to discard things that were not necessary to increase your margin of safety.”

Andrew Schuerger, a University of Florida space life scientist, recently co-authored a paper about what was in those white jettisoned trash bags (jett bags) … and what might be in them today. Finding them will be easy – the Apollo 11 lander and everything left with it is at 0.41 ˚ N, 23.26 ˚ E, according to NASA’s Catalogue of Manmade Material on the Moon, which has the locations and inventories of the rest of the lunar junkyards. Schuerger and astrobiologists think at least some of those bags may have survived and even stayed sealed and their contents might show how bacteria and viruses may have survived in the harsh lunar vacuum … and whether they reproduced and possibly mutated. 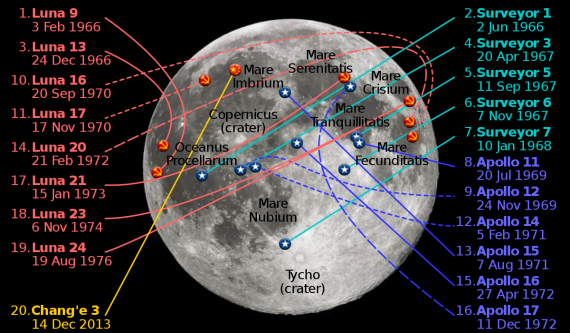 “Microbes don’t need to have a lot of protection.”

Margaret Race, a biologist at the SETI Institute, points to the fact that microbes have been found alive and kicking at the bottom of the ocean near thermal vents and 2 miles below a Greenland glacier. That’s enough hope that NASA assigned scientist Mark Lupisella to help plan a future mission to retrieve the jett bags and study them. He’s hoping that the didn’t explode in the extreme heat. However, even if they did or if the bags were good but the bugs were dead, they’d still be worth studying.

“It’s a stretch, but it is possible we could discern whether or not these life forms might have mutated early on.”

Mutated! That’s a word you don’t want to hear when discussing bringing things back to Earth. What could possibly go wrong? Doesn’t NASA ever watch sci-fi shows or movies?

On the other hand, this is exactly what scientists need to know when planning future missions to Mars and other planets. Should waste be destroyed before it has a chance to mutate? How soon? Will astronauts be forced to wear incinerator diapers? 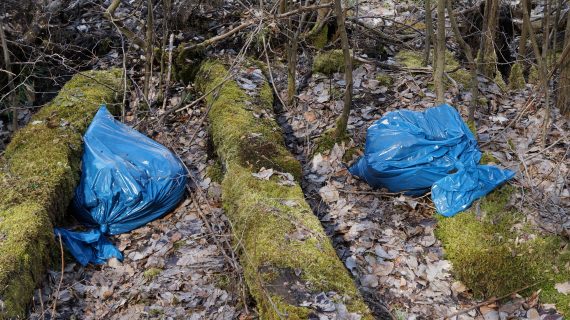 This raises another interesting question. If our poop can survive on other planets, are we possibly the product of alien poop left by ancient astronauts?

While you ponder that, consider that Apollo 11 was 50 years ago this year. Eight of the 17 surviving Apollo astronauts (and three of the surviving four who walked on the moon) got together in March at The Explorers Club in New York City. They were: Walter Cunningham (Apollo 7), Rusty Schweickart (Apollo 9), Buzz Aldrin and Michael Collins (Apollo 11), Fred Haise (Apollo 13), Al Worden (Apollo 15), Charlie Duke (Apollo 16), and Harrison Schmitt (Apollo 17). (You can see the handsome group picture here.) The subject of pooping on the Moon probably didn’t come up at the reunion but the inimitable Buzz Aldrin heard about the poop pickup project and had this to say in a tweet:

"Well, I sure feel bad for whoever finds my bag 💩"

We do too. Think of what they might make if they could sell it on eBay.