Another day … another “This changes everything!” discovery. Today’s potentially earth-shattering find comes from the Philippines where teeth extracted from a cave on the island of Luzon have been determined to have once been in the mouths of a diminutive extinct human species that was less that four feet tall, lived at least 50,000 years ago and had characteristics of both humans and apes. Wait a minute … this really might change everything!

“These specimens display a combination of primitive and derived morphological features that is different from the combination of features found in other species in the genus Homo (including Homo floresiensis and Homo sapiens) and warrants their attribution to a new species, which we name Homo luzonensis.”

Archaeologist Armand Salvador Mijares, co-author of a new article in the journal Nature, found an unusual toe bone in a Luzon cave back in 2007 that was different enough to motivate him and his team to keep digging. In 2011, they uncovered more toes, finger bones, part of a thigh and seven teeth. (See photos of the fossils here.) They believed the little bones were something big, but it took them another eight years of careful study and comparisons to confirm that they had indeed discovered a new Homo sapien species. 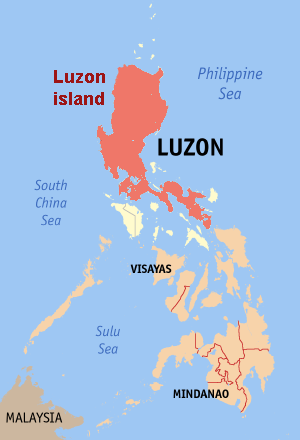 "This phalanx strongly resembles those of Australopithecus, known only in Africa and at much older periods (about 2 to 3 million years ago). An individual with these characteristics combined cannot be classified in any of the species known today."

Co-author and team member Florent Détroit, an archeologist from the Muséum National d'Histoire Naturelle in France, told ScienceAlert that these bones indicate the new species was a climber more than a walker. It’s possible that Homo luzonensis is descended from a population of Homo erectus that somehow crossed the ocean from Africa to the Philippines hundreds of thousands of years ago and some of their physical traits stayed the same while other evolved.

Another trait that stayed the same was their height -- Homo luzonensis was about the size of Homo floresiensis — the so-called ‘hobbits’ of the Indonesian island of Flores. Because no DNA has been extracted from these ancient fossils, there’s no physical evidence of this theory, nor of alternatives like Homo luzonensis being the interbred offspring of two earlier Homo species.

There’s one more thing to consider, this time from the field of cryptozoology. The island of Sri Lanka is home to many stories of a small bigfoot-like cryptid called the Nittaewo, while Sumatra is alleged to have a similar but less savage cryptid called the Orang Pendek. Both could match at least some of the descriptions of the Homo luzonensis. Are either of these islands home to the last living members of this species?

Now THAT would change everything.

The Mysterious Tale of Anastasia