“On 13 January 1518, a series of ordinances to regulate plague outbreaks were proclaimed in London.”

Those ordinances were proclaimed by England’s King Henry VIII, a ruler more known for having multiple wives, killing multiple wives, changing the rules so it was OK to have multiple wives and increasing the power of his throne. He wasn’t known for caring about anyone’s health but his own, so regulating plague outbreaks was obviously to protect himself. But … wasn’t the king well isolated from the commoners with the plague? According to a newly discovered letter, Henry VIII may have had a very good reason for fearing the disease – his own grandmother, Elizabeth Woodville, best known as the White Queen, may have had a simple funeral and burial unbefitting of a Queen consort because she died of the plague.

“The Queen-Widow, mother of King Edward, has died of plague, and the King is disturbed.”

That quote is from a previously unknown letter dated July 1511 found by National Archives records specialist Euan Roger, the author of a new article in the Oxford journal Social History of Medicine about another previously unknown document detailing the first quarantine regulations put in place by Cardinal Thomas Wolsey, chief minister of Henry VIII. The letter was written by Andrea Badoer, the Venetian ambassador to London, who was concerned about his own health and requesting to be called back to Venice. The letter raises a number of questions: Why was it written 19 years after the death of the White Queen in 1492? Why are there no other accounts of her dying of the plague? Is it true?

“Unless there was a specific need for haste – such as death from a contagious disease – it seems inconceivable that such a secretive and speedy journey would be necessary. Immediate burial on arrival at Windsor strongly suggests the later Venetian account of plague as the cause of Woodville’s death, and it was fear of infection and miasmatic air, rather than the Elizabeth’s request for a simple funeral, that was behind the haste with which early proceedings took place.”

According to The Guardian's interview of Roger, Elizabeth’s body was ferried down the Thames by just five people, taken in secret into Windsor Castle with no bells tolling, and immediately buried without even a funerary dressing. Roger believes they feared inhaling the miasmatic or “bad” air that was erroneously believed to spread the plague. All of this was kept quiet by Henry VII – the future Henry VIII was just one year old at the time and well insulated from The White Queen, who spent the last five years of her life in Bermondsey Abbey, an English Benedictine monastery in southeast London. 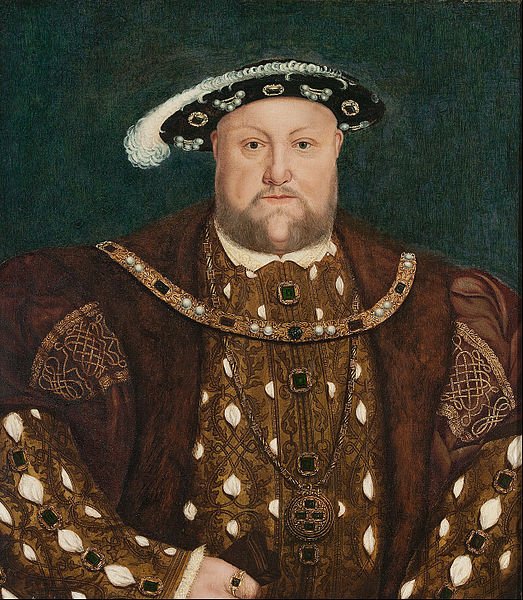 In 1511, Henry VIII was 19 and in just the second year of his long reign, so he was hale, hearty and much thinner than the portly king portrayed in most portraits. Why was he so afraid for his own health? Roger speculates that Henry VIII was panicking after the recent deaths of his elder brother Prince Arthur in 1502, his mother Elizabeth of York in 1503, and his son, Prince Henry, in 1511, leaving him without an heir and with a wife (Catherine) who also had delivered a stillborn child. At some point in all of this, Henry VIII found out the cause of his maternal grandmother’s death and was affected by it so strongly, he must have talked about it enough that even a mere foreign ambassador was aware of it.

Wait a minute, you say! Philippa Gregory ‘s 2009 historical novel The White Queen, based on the life of Elizabeth Woodville, and the BBC series of the same name make no mention of her dying of the plague. Can the history of England really be changed merely by the discovery of a letter written in Venetian by a foreigner?

Stranger things have happened. But for now, it will have to wait until the Meghan/Harry baby watch ends and the Harry/William feud is resolved.