Of Lochs and Long Necks, Part Two: Mischief, Monsters, and the “Surgeon’s Photograph”

In a recent post here at Mysterious Universe (the first in this two-part series that explores some deeper questions about a few of the most famous sightings associated with the lake, and their implications), we looked at one of the most well-known historic sightings of the creature: George Spicer's observation of an unusual creature, which he and his wife had seen on land near the Loch in June, 1933.

So what did the Spicers actually see crossing the road that fateful day in June, 1933? It is likely that there will never be a firm conclusion to this aspect of the mystery, although we may do better not to focus so much on what they saw, and instead pay attention to the profound influence that sighting had on the broader monster culture around Loch Ness.

Simply put, there is no better evidence that conveys this effect than the famous “Surgeon’s Photograph,” which appeared in print the following year. Originally attributed to Kenneth Wilson, an area gynecologist, the photograph that became the very essence of “Nessie” is also a well known hoax, just one of the similar pranks orchestrated by Marmaduke Wetherell, an actor and big game hunter whose antics at the Loch included faking a series of monster prints along the banks of the lake, using an ashtray fitted in a preserved hippopotamus foot. 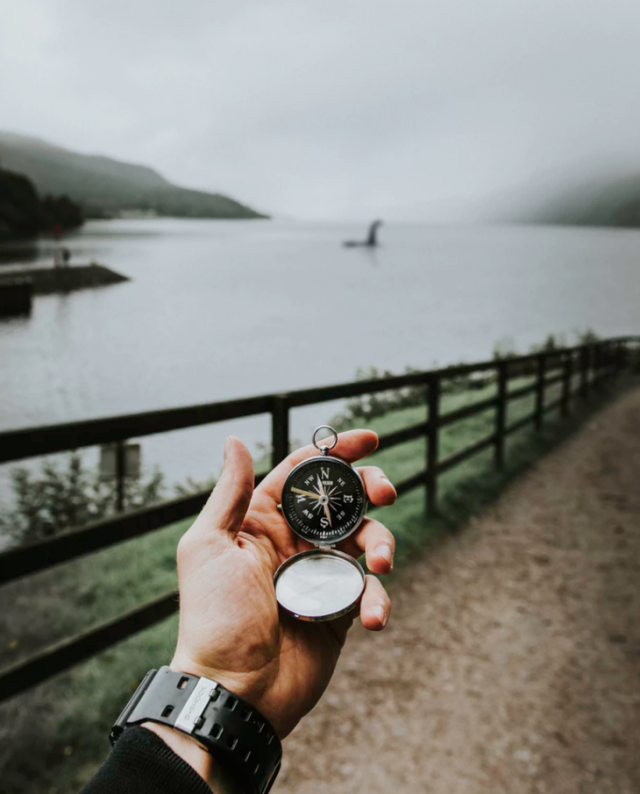 In all likelihood, Wetherell's prank drew direct inspiration from the now famous Spicer incident, having occurred just eight months beforehand, but which was still the talk of the British tabloids well into the Christmas season, as seen with a December feature in the Daily Sketch. While Wetherell was merely creating an image that conformed to what had become the most famous description of the monster to-date, little did he and those working with him (including an apparently semi-reluctant Dr. Kenneth Wilson) realize that it would become the single most well-known photograph purporting to be of the Loch Ness Monster.

In other words, Spicer may have introduced the “long-necked monster” in the popular press, but it was the “Surgeon’s Photograph” that sold the idea to the entire world, and left an irreplaceable impression that Nessie was a long-necked creature, quite possibly representing a relic population of plesiosaurs that somehow persisted for millions of years in Scotland’s largest lake.

My aim here in raising these points is not to try and debunk the entire Loch Ness story, nor is it intended to vindicate reports from over the years of odd things seen in the area. I like to remain fairly agnostic on the matter; although I often wonder about stories like that of Dr. Denys Tucker, a zoologist with the British Natural History Museum who visited the famous lake in 1959. Tucker had once been the darling of the British scientific establishment, but upon visiting Loch Ness while on holiday, Tucker became what may arguably be the least likely person to have claimed to see what he later identified as an extinct elasmosaurus.

“I, a professional marine zoologist,” Tucker wrote in a subsequent letter to New Scientist, “did see a large hump travelling across flat calm water on 22 March 1959, and do quite unashamedly assert that it belonged to an unnamed animal. I am quite satisfied that we have in Loch Ness one of the most exciting and important problems in British zoology today.”

His passions went unrequited by the establishment, however, and rather than allowing the newly attained convictions of one respected scientist to bring down the entire house of cards, Tucker was apparently removed from his position, which resulted in a legal dispute and charges by Tucker that he had been ousted from the establishment for expressing his views on the prospects of an unidentified species residing in Loch Ness.

All that to say, the Loch Ness experience is one that has been shared by people from all walks of life, including some notable scholars, and even the occasional expert on marine life. It is also true that there are some individuals over the years who have given compelling descriptions of long-necked animals in the Loch; however, it is curious (to put it mildly) the way that descriptions of the creature have changed so much over time, ranging from that of large, indistinct “salamanders” flopping around in the morning waves, to land-based sightings of creatures more closely resembling camels (that’s right, I said camels, although the longish necks and distinctive humps shared by many varieties of land-dwelling Camelidae actually do remind us of some of the famous reports of alleged “monsters” seen in the Loch over time). If one looks honestly, carefully, and exhaustively at eyewitness reports over time, it becomes difficult to say that Nessie has ever taken on any singular appearance; if anything, her description appears to have changed with time (something that mirrors the changes that are noted in historical surveys of UFO sightings over time, among other things).

In conclusion, perhaps the most fascinating thing about Loch Ness has been the persistence in belief that a monster resides there. The evidence in favor of this, from a physical, scientific standpoint, is far from being convincing… but maybe that isn’t “all she wrote” on the matter just yet. Perhaps there is more to the story, and at times there could have been some animal (or to further complicate matters, a variety of them) that helped shape the idea of a long-necked beast over time. We simply don’t know, and in truth, we may never really solve this puzzle.

Yet the mystery, and the convictions of those who have had their own experiences, and who know what they’ve seen (as Dr. Denys Tucker said he did decades ago), still persists.

That, to me, truly is fascinating.