While some groups are lobbying governments to ban sending messages into space revealing our existence to possibly hostile aliens, the Raelian movement – a UFO religion whose members believe Earth was created by humanoid extraterrestrials – are asking the United Nations to help them choose a country where they can build an embassy for welcoming the ETs to our planet with open arms. They designated the first Saturday in April as “ET Embassy Day” and claim a number of countries are interested in hosting the embassy. Why?

"More and more countries are showing interest as it becomes obvious that an extraterrestrial civilization is preparing our Humanity for an official contact, through an ever-increasing number of UFO appearances and very complex crop circles all over the world."

The announcement about ET Embassy Day was made by Daniel Turcotte, a Raelian Guide (guides are religious leaders) and assistant to Rael, the founder of the religion when he was known as Claude Vorilhon, a French race car driver and racing journalist until a fateful day in 1973 when he was visited by a member of the Elohim, the alien beings he now believes started the human race some 25,000 years ago. You may recognize ‘Elohim’ as a name for God from the Hebrew bible, but it means “those who came from the sky” to Raelians. The Elohim visitor told Vorilhon he was chosen to write a book (Le Livre qui dit la vérité or The Book Which Tells the Truth), change his name to Rael and spread the word that the Elohim will be coming back someday. In fact, they did in 1975 to take him to another planet to meet Buddha, Moses, Jesus and Muhammad. 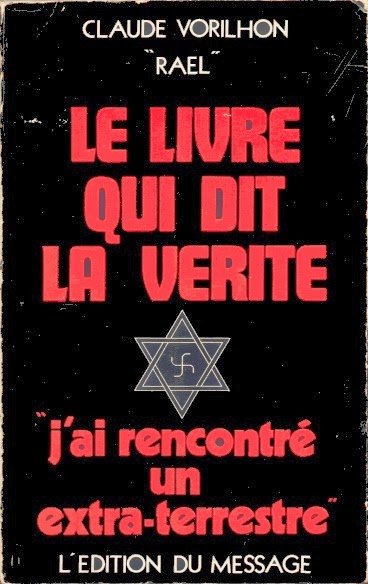 As unbelievable as that sounds, Rael managed to recruit members into the movement – it appears to have over 100,000 in 90 countries – and is spreading the Elohim message of peace and love through guides like Turcotte, who delivered his call to the UN from Geneva.

“We are confident that the UN will hear out and acknowledge the growing number of people who care for a proper and formal welcome for an out-worldly civilization. While some countries wrongfully anticipate an invasion by an armed extraterrestrial civilization and are preparing to go to war against them, we must offset such an outdated and belligerent position with a worldwide movement of peace, and educate people that only peace can come from the stars. And if the UN doesn’t take the lead, then the countries we are in discussions with will.”

“The countries we are in discussions with will.” Is that a veiled threat? It seems strange that an extraterrestrial species that allegedly created the human race and has visited the planet before suddenly needs an embassy to host its return visit. They certainly don’t need a safe haven for running their operation on Earth. However, Rael and the Raelians might. Their religious views include very open sexual relations of all types and very early sex education, which some governments object to (Switzerland and South Korea are two). 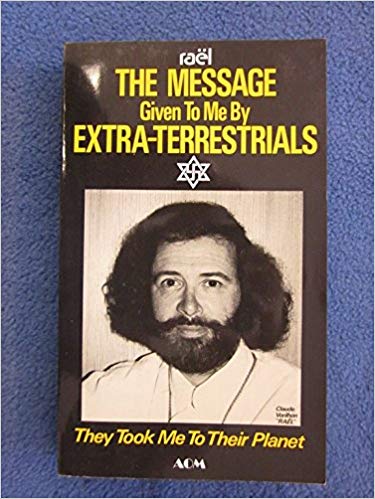 We definitely could use more peace and love around the world. Do we really need Rael and the Elohim to accomplish that? And even if they could, why do they need the UN’s help?

Let’s see what happens on ET Embassy Day. I hope there’s a parade.

An Extraterrestrial Presence or Unknown People?