The paranormal world is remembering legendary investigator Lorraine Warren, who passed away on April 18 at the age of 92. With her husband Ed, Lorraine Warren was involved in thousands of paranormal investigations of ghosts and hauntings, including a number of famous ones which were reported in the mainstream news and made into blockbuster movies, including The Amityville Horror, The Conjuring and Annabelle. They were also the founders of The Warren's Occult Museum where the original Annabelle doll resided.

Born in Bridgeport, Connecticut, in 1927, Lorraine Moran attended a private Catholic school where she determined she was ‘different’ after seeing an aura around a nun that was visible to no one else in her class. She married Ed Warren in May 1945 while he was home on leave during his Navy service in World War II. After the war, Ed became a demonologist and with his clairvoyant and light trance medium wife formed the New England Society for Psychic Research in 1952. New England proved to be the perfect location for the NESPR and the Warrens as it was ground zero for many of the investigations that became their books and source material for movies. 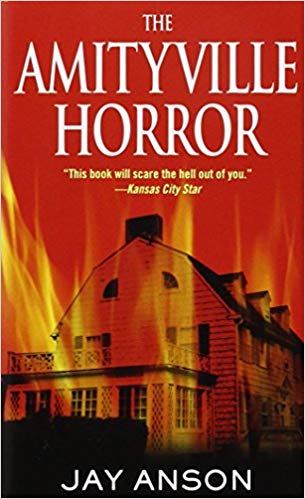 The haunted doll that became Annabelle was an early case Lorraine and Ed investigated. They were called in after a girl noticed a Raggedy Ann doll given to her by her mother appeared to be moving and writing messages, and a male friend who slept in the room with the doll woke up with scratches on his body and the feeling he had been strangled. With the help of a different medium, the girl and her female roommate determined the doll was possessed by the spirit of Annabelle Higgins, a young girl who died on the property. The Warrens determined the spirit was looking for a human host and took it from the girls and brought it to the museum in their home where it exhibited its powers to them and others, even after being exorcised. Annabelle, Annabelle: Creation, and upcoming Annabelle Comes Home are very loosely based on the Warrens' story.

Lorraine and Ed visited the home of the Perron family in Harrisville, Rhode Island, and determined it was cursed by a 19th century witch. That story became the plot of The Conjuring and Lorraine had a cameo in the film. The Conjuring 2 was inspired by a Warren investigation of the demonic possession of a home in Enfield, England, and the made-for-TV movie The Haunted was based on their investigation of the Smurl home in Pennsylvania that was haunted by four spirits and a demon that terrified the owners with strange sounds and smells and allegedly sexually assaulted them. The Conjuring series starred Vera Farmiga and Patrick Wilson as fictionalized versions of the Warrens.

The Warren’s most famous case was the Amityville Horror investigation. Lorraine and Ed entered the home 20 days after the Lutz family left after enduring 28 days of terror. They both said they physically felt a demonic presence and took a picture of what they believed was the spirit of a little boy. 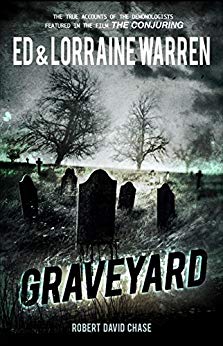 Lorraine and Ed shared their thousands of investigations with their museum, books (Graveyard, Ghost Hunters, The Haunted, In a Dark Place, Werewolf, and Satan's Harvest) and many lectures and interviews. Ed Warren passed away in 2006 and Lorraine said she felt his presence many times, including during a demonic investigation she was conducting alone where she felt his hand grab and hold hers. She also shared that Ed’s whistling was heard in their favorite breakfast diner.

“She died peacefully in her sleep at home last night. The family requests that you respect their privacy at this time. Lorraine touched many lives and was loved by so many. She was a remarkable, loving, compassionate and giving soul. To quote Will Rogers, she never met a person she didn't like. She was an avid animal lover and contributed to many animal charities and rescues. She was wonderful and giving to her entire family. May God Bless her."

Lorraine’s passing was announced by her son-in-law and paranormal researcher Tony Spera. She will be missed by many.